Rest area, intimate and open, the metallic bench, made up of double seat was born during the competition of the first biennal event of street furniture of La Defense launched in 2011.

This concept joins in the approach of the french company. Positioning in the heart of a resolutely contemporary vision of the public place, she suggests accompanying the projects of public spaces by offering the possibility of thinking about new atmospheres, rich in conviviality for the users.

With the KYOTO bench, the approach is not to draw another bench, " But to question the way of settling in town and in the landscape spaces, under a new angle … In the flow of urban projects, architects, landscape architects, designers draw frequently pergolae as well as benches to be settled under these ombrières which promise the freshness in the public place. Our idea was to associate these two elements in only one to reveal this obvious fact in term of use ", specifies the designer Sovann Kim.

As for the principle of sobriety, essential for the brand AREA, it finds itself in the lines of the bench composed of steel strips, arched as curves of levels, folded, assembled, with finishes which cross the time. 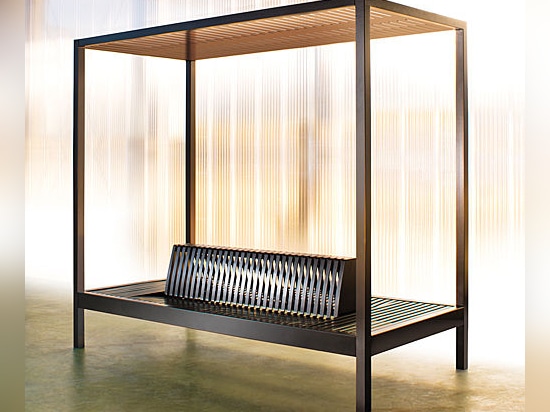 This backless version of the BERLIN seats offers a simple, sober usage of surface, providing a podium for children or any other uninhibited seating arrangement. The choice just to trim one side of the seat in steel gives the model a highly personal character. 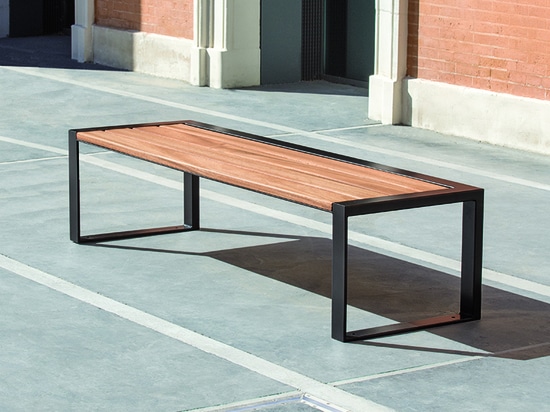 The balancing backrest is linked to the legframe by two armrests. Its easy-on-the-eye structure is streamlined to preserve the essential high quality of seating. Coming in benches and chairs with armrests, the two seats complement each other superbly. 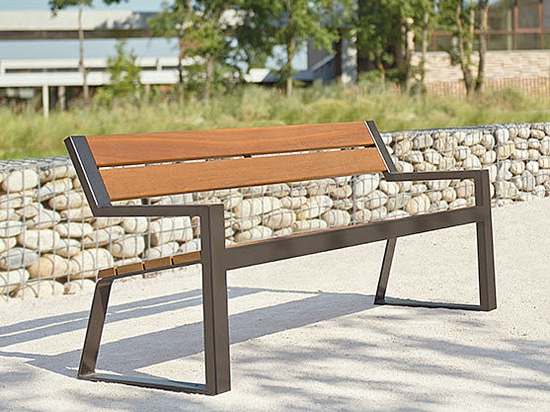 If it is indeed an element of furniture present in all the houses, it is the chair! This postulate, so obvious, prompted the company AREA to build a range of street furniture around this subject so familiar, yet equally as indispensable to the public space as to the private space. By adding a stool and a counter, the Antibes and Nice ranges abolish the interior / exte... 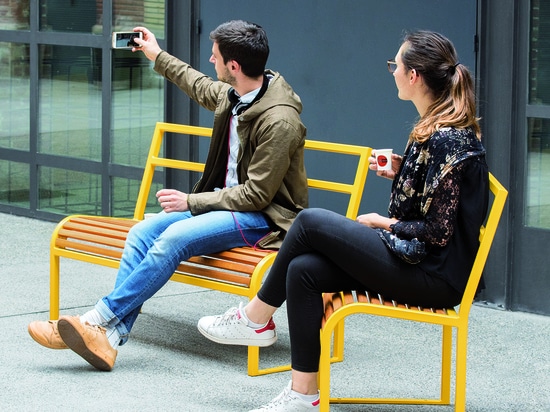 True to its approach centered on the user and the social bond in the heart of the cities, the French manufacturer of street furniture Area launches ATLANTIQUE. This range of three modules (sofa, chaise longue and backless bench) combinable at will, allows landscape architects and urban planners to compose sets whose unusual, evolutionary and convivial nature generates en... 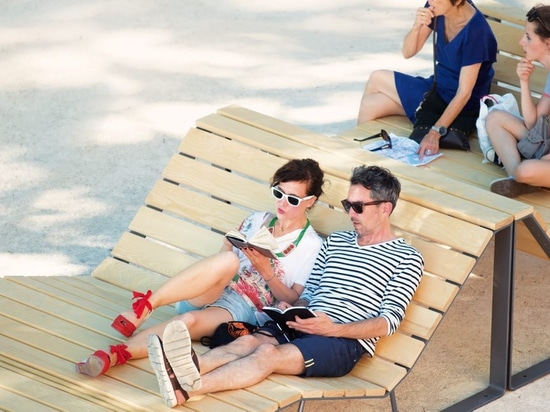