Project of the Year!

"Liget Budapest" - that is the name of the largest and most ambitious urban culture development project so far in Europe, in which the symbolic and largest public park in Hungary's capital was completely renovated. One of the most modern and varied playgrounds in Europe has been created on an area of 13,000 square metres in the south-eastern part of the park, which consists of a total of over 50 various play equipment. These are not only aimed at all different age groups, but also predominantly offer a high level of inclusive potential.

At the centre of this extraordinary playground, there is a hot-air balloon almost 12-meters in height, at the interior of which there is a huge spatial net. The ascent to the balloon`s basket takes place via rope ladders and climbing ropes, before the three-dimensional climbing net is accessed via ascent plateaus of varying heights. The famous painting "The Balloon" by the artist Pál Szinyei Merse from 1878 served as the model for the balloon design. It shows a hot-air balloon in the striking white-red striped colour combination, as it ascends from Városliget Budapest in the air. The new climbing balloon is thus not only an attractive playground equipment for the children in the park, but its appearance also creates a historical connection between the past and the present life in Városliget.

"The entire balloon is designed around a pendulum-mounted central mast, which is anchored to the ground with a total of eight ropes" explains Katharina Hilger from the Berliner Creative Center, who is primarily responsible for the development of the climbing balloon. "The spatial net was tensioned in a frame structure made of steel tubes, which is suspended from another four steel cables from the top of the central mast. In order to maintain the round shape of the balloon, the balloon skin has been stiffened using vertical plastic rods."

It was a challenge to reduce the wind load, to which the balloon is exposed to due to its size. "We have used an air-permeable, PVC coated polyester fabric for the balloon skin. Thus we were able to make sure that the balloon can also withstand strong winds. At the same time, the slightly transparent textile structure ensures that enough light gets into the interior of the balloon," says Hilger.

Another highlight of the playground are the two climbing towers, which are 11 meters in height, each of which are fitted with a tube spiral or a tube curve slide. While the ascent to one tower takes place via a challenging close-meshed spatial net, the other is equipped with sloping net plates that can be used to climb all the way up. Both towers are connected to each other through net tunnels, a large horizontal net and many other different low rope climbing elements. However, the towers and the balloon are by no means the only playground equipment in the Városliget City Park, which makes it possible to climb to great heights. Climbing enthusiasts can climb to the tree house Quii, which is located on the top of the mast of a three-dimensional central mast climber. From here, it leads via a net tunnel and another tree house into a low rope course once again. This ends with a large chessboard-cube made of rubber membrane mats.

In the immediate vicinity of the rope play equipment, there are various swing and jumping attractions close to the ground. In addition to a Net Swing, as well as the two nest swings Cup Swing, six persons can experience high-altitude flights together at the same time on the Face-to-Face Swing. Trampolines in different shapes and sizes provide enjoyment in jumping for both young and old.

In a separate toddler area, among other things, the play house Triitopia offers space for role-playing, retreats and first climbing experiences for the younger children. In particular, the sloping mesh floors in the tiny houses offer a special challenge for the children.

In order to be able to create such a modern and holistic play world, which is sustainable attractive for families and which is also used in the long term as a place for regular leisure activities, child psychologists, landscape architects, teachers and children were involved at the beginning of the planning process. Benedek Gyorgyevics, the Managing Director of the company Városliget Zrt. which is responsible for the Liget Projekt, is satisfied with the result: “The new playground helps to ensure that the young children of Budapest are able to live a healthier lifestyle than before, because it gives them the opportunity to be physically active in the fresh air - a real alternative to video games on the sofa at home”, says Gyorgyevics to the Daily News Hungary.

The playground is more than well received by the residents of Budapest! "We know that on sunny days between 5.000 and 6.500 people go to the playground", says Tamás Sándor from S-TÉR - Berliner Partner in Hungary. "It means that approximately 15.000 - 20.000 people are using the playground per week." 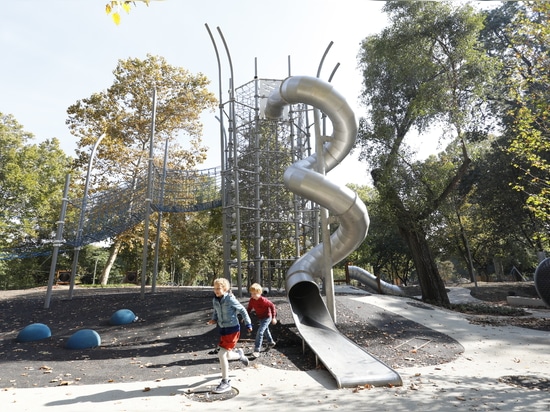 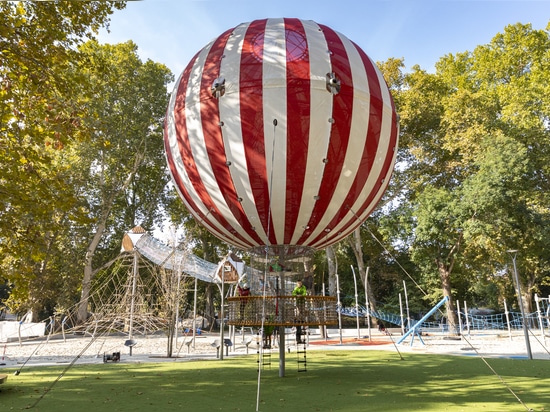 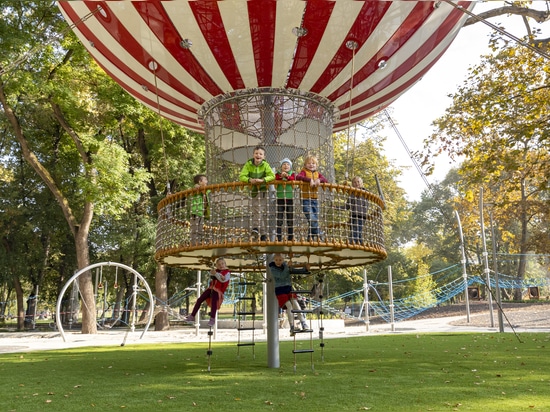 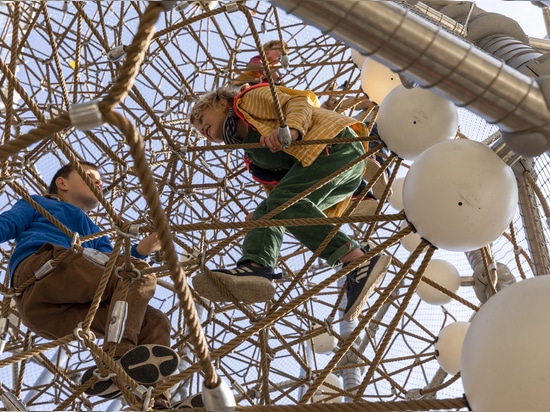 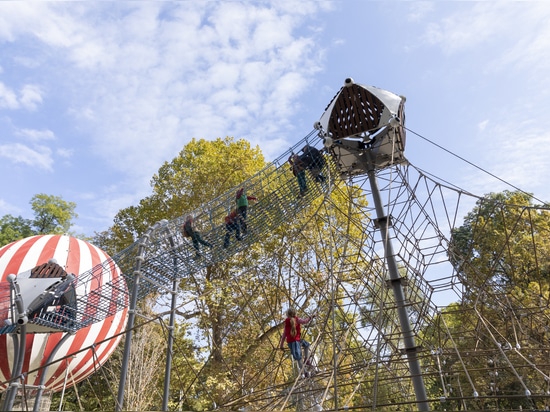 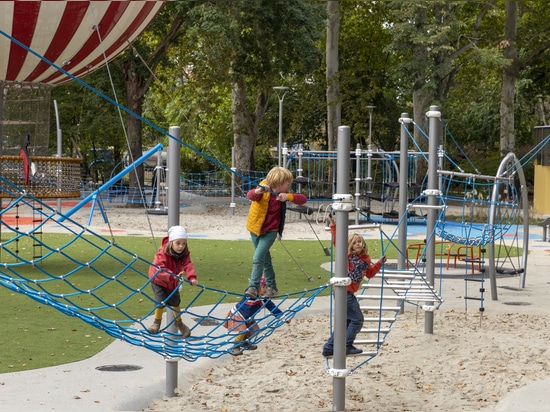 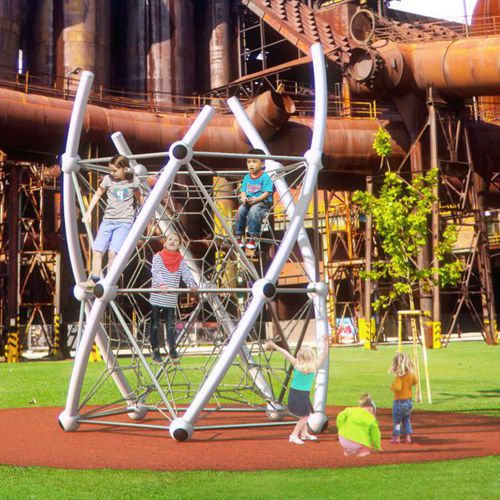 Fun for all ages

“Celebrate your Roots – discover your Wings” is the guiding principle of the German European School in Singapore (GESS). Thus the school profile focuses on conveying the European values of respect, openness and a sense of community. The private school in the Asian metropolis is aimed at students and preschoolers of all ages between 18 months and 18 years old. The school ... 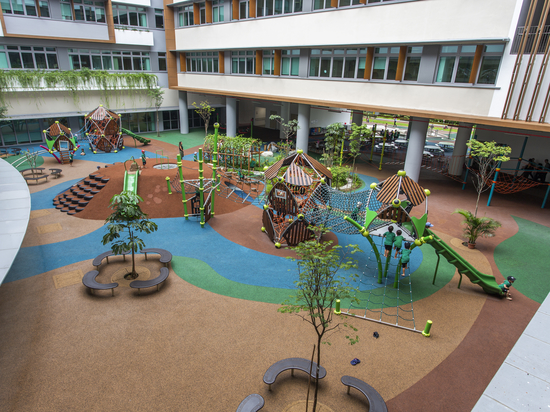 Playgrounds and art can be combined wonderfully in public spaces, as is proven by Berliner Seilfabrik’s latest innovation. Thanks to the warmth of its wood and its undulating curves, Cloverwood – as we call our play sculpture – is at once inviting and aesthetically appealing. Both the frame and the fl at net-ting off er playground fans an exciting challenge on which ... 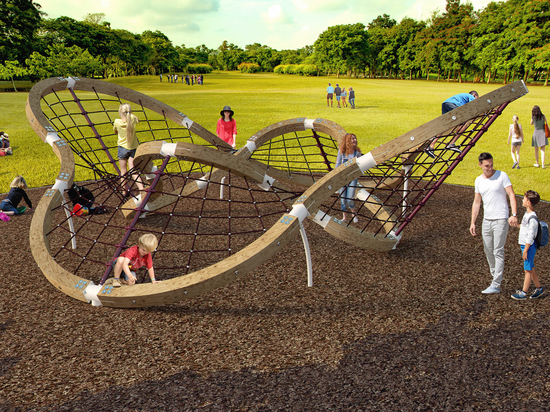 Wonderwalls is the latest innovation in play equipment for toddlers by Berliner. Fitted with a wealth of play functions in a reduced space Wonderwalls are specifically aimed at the needs of toddlers and pre-school children. Each equipment design off ers a number of play worlds that are interconnected by windows and passages between the three or respectively four walls, ... 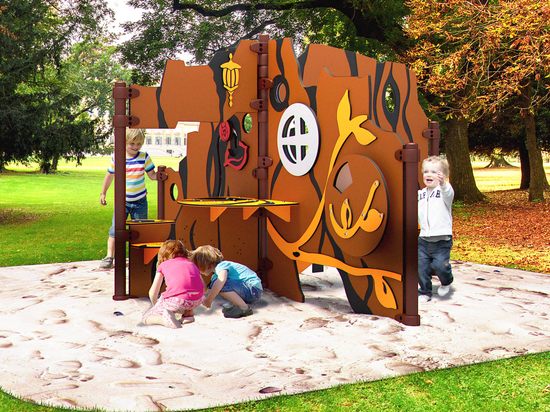 Wonderwalls Wonderwalls
Bringing the neighbourhood together

In the northwest of Berlin, near the city border with Brandenburg lies the Reinickendorf district frohnau. Originally designed as a "garden city", the neighbourhood is still characterized by cobblestones, unpaved sand paths, pines and fir trees, as well as numerous villas from the 1910s to the 1930s. In the middle of this suburban idyll is the Ludwig-Lesser-Park, which i... 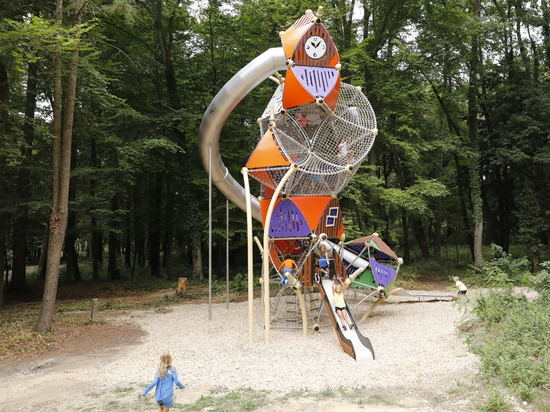 Reinickendorf's Highest Climbing Tower Reinickendorf's Highest Climbing Tower
*Prices are pre-tax. They exclude delivery charges and customs duties and do not include additional charges for installation or activation options. Prices are indicative only and may vary by country, with changes to the cost of raw materials and exchange rates.
Compare
Remove all
Compare up to 10 products