Doorway to the past: a contemporary architectural project preserves remnants of the past

The conversion of an ancient village farmstead into a private home has interpreted the new living spaces as “boxes” which leave the original volumetric perception unchanged. The project enhances the pre-existing building while valorising structural and material irregularities and supporting them with an interior design played out in neutral shades.

Particular attention has been given to the choice of finishes and materials: the existing resin covered floor has been repaired and treated to obtain a matt grey colour recalling that of stone, while the walls have been whitewashed in a shade resembling that of the floor. A T-shaped partition has been put up in the centre of the bathroom to leave the wooden beams of the ceiling on view and conceal the shower and sanitary fixtures on one side and a closet on the other. The room is furnished with no more than a few essential elements: the washbasin and cabinet top covered in black iron have been realized in Fossena stone and embellished by CEA taps in brushed steel. 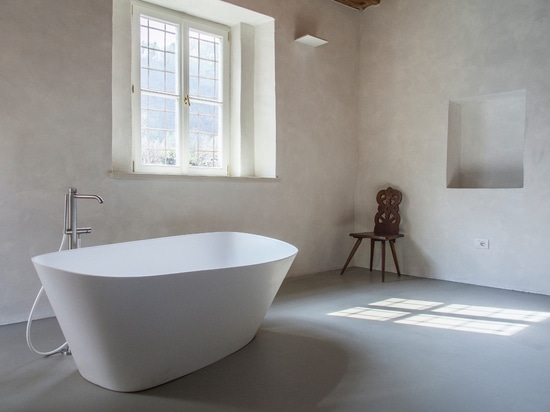 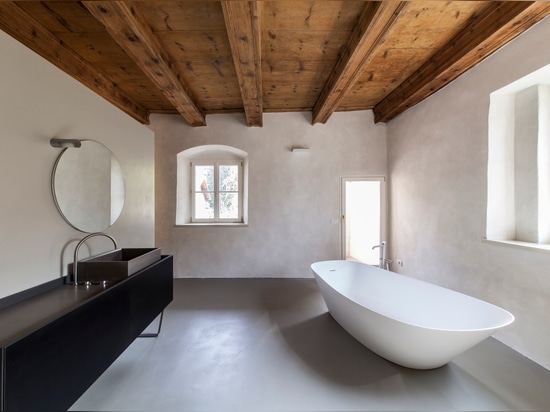 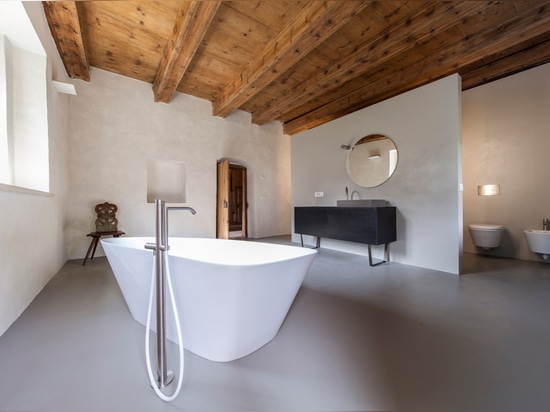 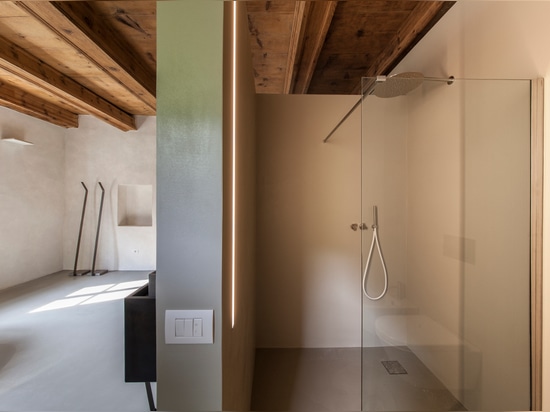 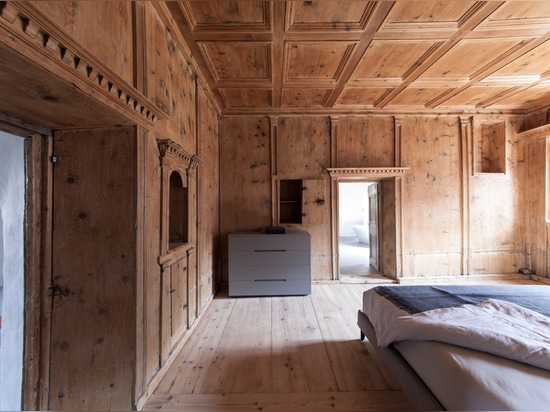 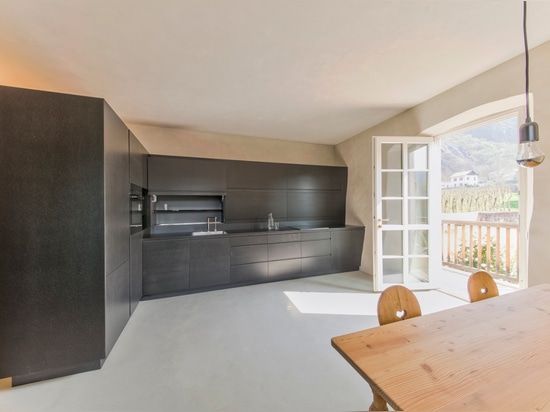 A lightwell to connect

The early 20th century four-storey building in the Notting Hill district of London houses an architecture firm and residence with a small rear garden. The new internal layout opens the property to the garden and introduces a horizontal dimension to the living areas. A double glazed and empty structure connects the lower and upper levels of the ground floor directly wi... 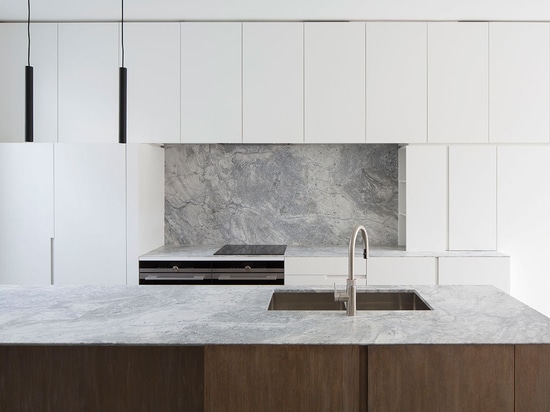 Built in the Chekhov district a few kilometres from Moscow, House in the landscape draws inspiration from Frank Lloyd Wright’s organic architecture and gives life to a futuristic-style building that blends perfectly into the landscape. Made of reinforced concrete, the building emerges from the ground amidst large stretches of grass and areas carpeted with flowers all ar... 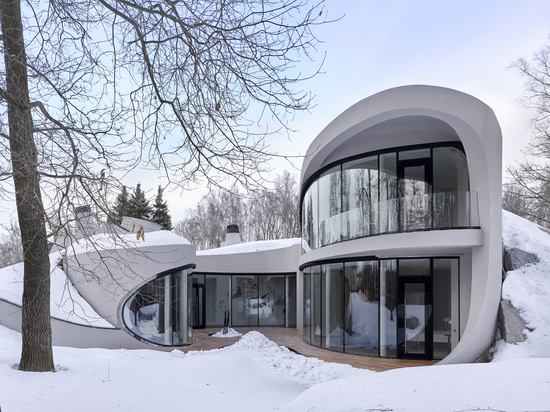 Towel warmer and electric bathrobe warmer made of stainless steel. EQUILIBRIO is a modular system composed of one or more elements available in two lengths, 580 mm and 1060 mm, which can be installed both vertically and horizontally. Powered by low voltage electricity, according to the principles of energy saving, EQUILIBRIO easily adapts to any domestic and public envir...

CEADESIGN returns to Milano Design City in 2020, telling the story of its design journey with products that are all about innovation, technology and sustainability. The CEA MILANO showroom in Via Brera 9, in Milan, brings together design and formal style, technical competence and product consultancy. A gallery of inspiration that architects can draw on and rework, from... 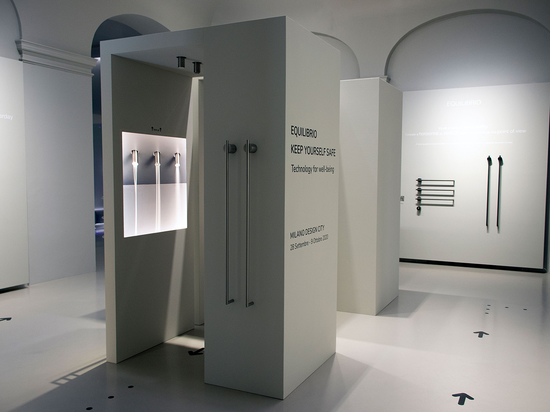 EQUILIBRIO - KEEP YOURSELF SAFE EQUILIBRIO - KEEP YOURSELF SAFE
*Prices are pre-tax. They exclude delivery charges and customs duties and do not include additional charges for installation or activation options. Prices are indicative only and may vary by country, with changes to the cost of raw materials and exchange rates.
Compare
Remove all
Compare up to 10 products