Single family home in the suburbs of Warsaw

The Star House owes its name to its owner's house guest, who after having the opportunity to experience the architecture, compared its shape to a star. The project made a great impression on him, so much so, he later asked the architects responsible for the Star House to design one especially for him.

The association made by the house guest is justified – the house consists of three volumes, placed radially to one another at different angles. It provides an interesting and rare opportunity to see the exterior facade of the house from the inside.

The place where all three volumes intersect is the entrance zone. Because of its central placement, it provides easy access to all parts of the house. The huge glass panes, offering you a view of the garden and usage of the same roof lining material, that starts outside above terrace and continues inside the building, connect the design of the interior and the exterior.

Thanks to its location between two main volumes of the building, is well hidden from the outside world. The overhang protects it from rain, snow and wind, providing shelter for its users. Its wooden finish corresponds with the floor materials used inside the building. It gives an illusion that the terrace is an internal part of the house - the interior and the exterior is perceived as one.

The terrace is accessible from the living area through a pair of big sliding glass doors. The living area consists of an open kitchen with a kitchen island, a dining room, a double height living room and a mezzanine that can be accessed from the hallway by a spiral staircase. At the far end of the living room, there is a brick fireplace made from the same material as the facade of the house. It is another example of diluting the boundaries between inside and outside by the architects. The fireplace is accompanied by floor-to-ceiling windows that are letting in abundant natural light and provide entrance to the second more intimate terrace of the house.

The general composition of the building, despite the multitude of elements, is rather simple. It is designed in a way where one part can provide multiple functions. This minimalistic approach perfectly fulfilled the requirements of the clients. One of the main goals was to design a house with plenty of natural light throughout the day, which was a starting point while making a first sketch of the Star House. The designers at Z3Z Architekci followed the guidelines threw, so much so already the first proposal got the clients approval. The result, presented in the pictures, differs from it only in details, as it was refined long before starting the technical design. 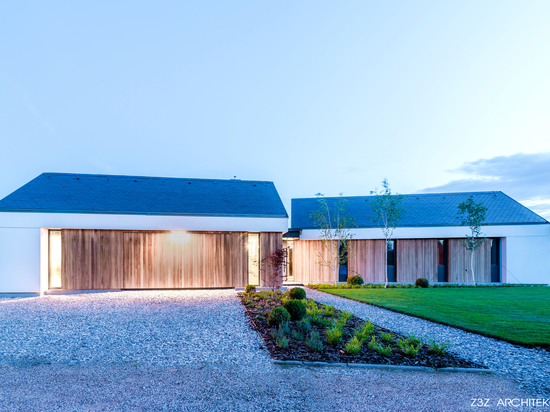 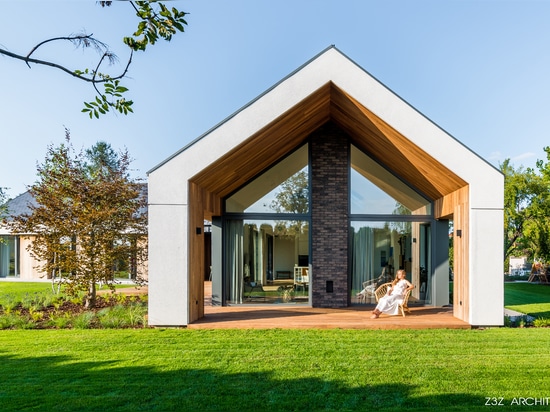 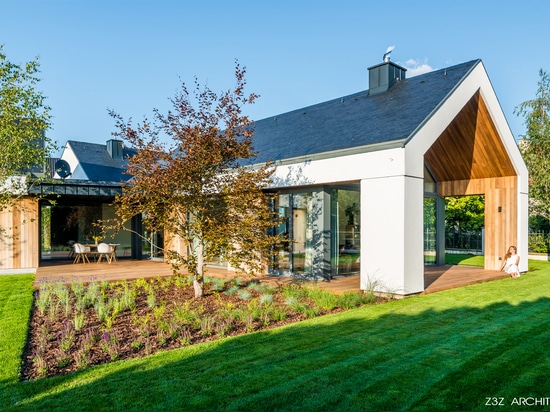 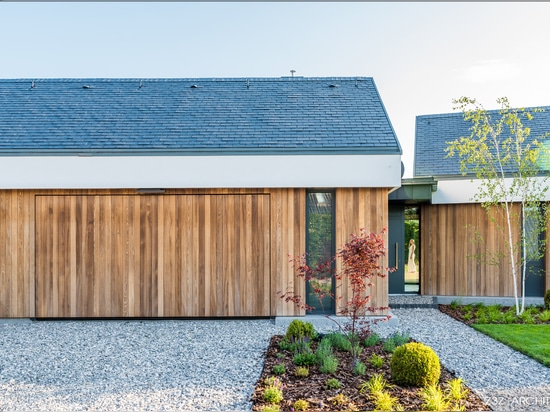 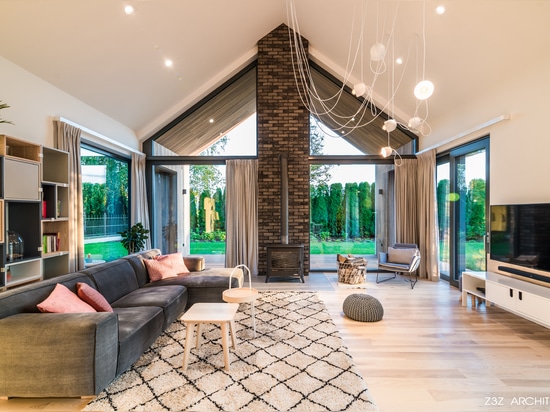 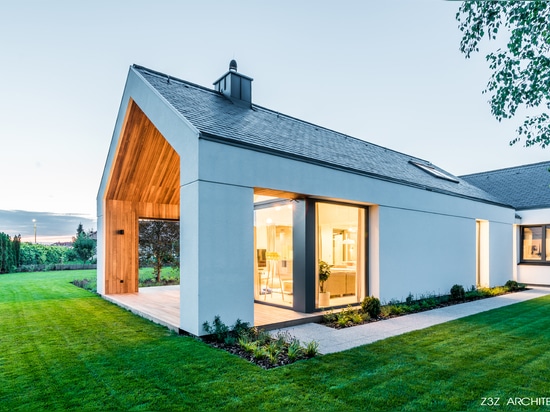 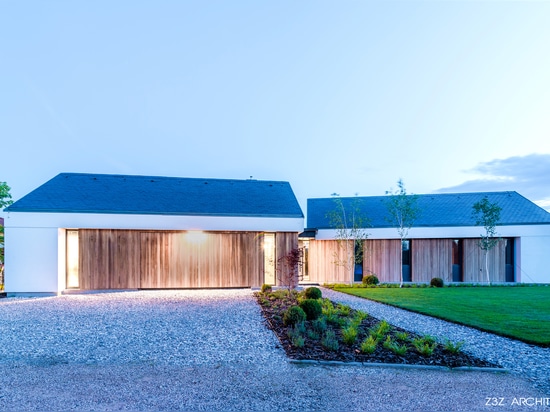 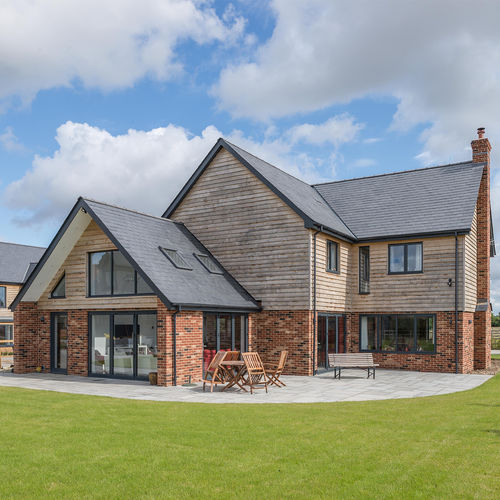 If there is one thing especially remarkable in Scotland, that is its historical buildings, still retaining their original charm. The best evidence of this is the Renfrew Town Hall and Museum: a heritage building full of history that doesn’t go unnoticed for anyone visiting the area. Renfrew is a small Scottish town located 6 miles west of Glasgow, in a strategic area of... 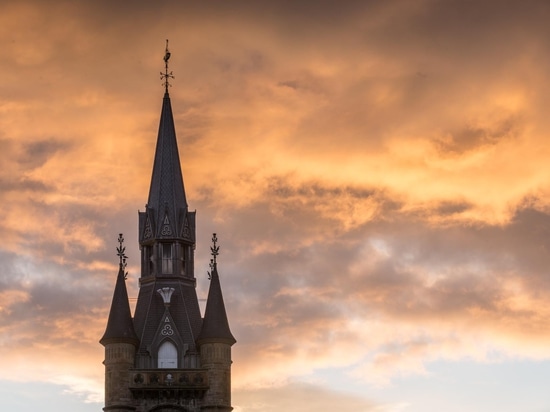 CUPACLAD, our natural slate rainscreen cladding system, has won the 2020 Build it Awards for the best cladding product. 2020 has been a weird and difficult period for everyone and we are truly happy to close the year with such a fantastic endorsement. We are sure 2021 will bring more amazing developments for CUPACLAD! CUPACLAD offers the market an efficient and s... 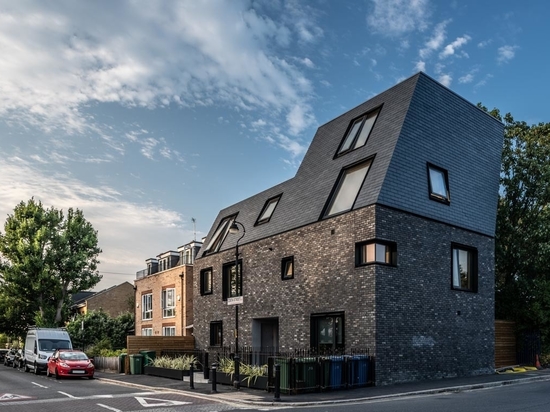 Located in North Haven, Connecticut, Slate School is an independent, nonprofit K-6 organization. With an emphasis on nature conservancy, this unique learning facility offers one-of-a-kind interactive programs that have been diligently tailored to serve its 70 students. Clearly, one of the highest-rated environmentally friendly schools of its kind in America, Slate School... 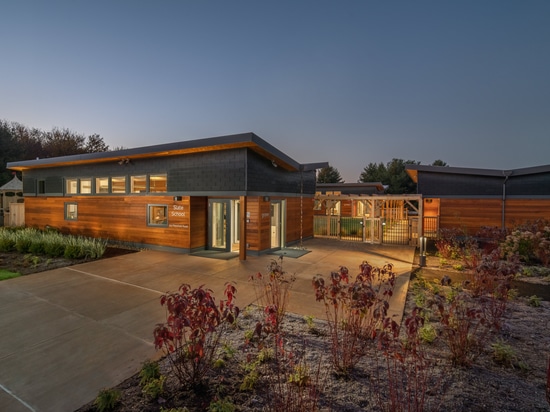 The Town of Shelburne, Vermont was chartered on August 18, 1763. It was named for the Earl of Shelburne, a member of British Parliament who had championed the claim of New Hampshire to lands between the Connecticut River and Lake Champlain. In 2013, Shelburne celebrated its 250th anniversary. A location steeped in tradition, it is known for its specific architectural “lo... 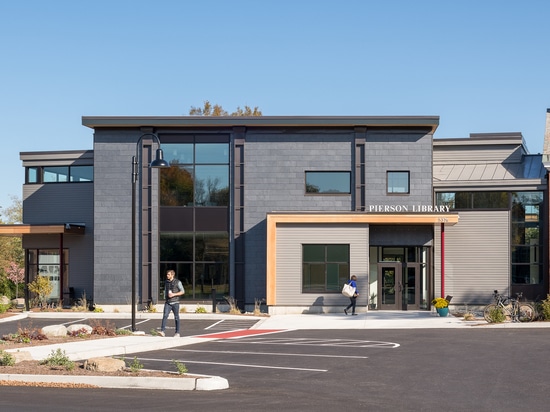 Pierson Library Pierson Library
*Prices are pre-tax. They exclude delivery charges and customs duties and do not include additional charges for installation or activation options. Prices are indicative only and may vary by country, with changes to the cost of raw materials and exchange rates.
Compare
Remove all
Compare up to 10 products