Keywords that expound the philosophy underpinning every project: wellbeing.

In the many interviews given during the 2018 Salone del Mobile, Roberto Gobbo, the Gruppo Euromobil designer, spoke about the sentiments that guide his creative flair. Three keywords describe the participation of Euromobil cucine in the Milan Salone: harmony, spatiality and functionality. Harmony in shapes and materials, spatiality intended as intelligent management of space, and functionality “because when all’s said and done, the kitchen is a place for cooking”.

Architect Gobbo has also drawn up a list of keywords for the individual kitchen décors displayed by Euromobil this year.

He has associated the word proportion to the Leon kitchen. The concept is inspired by Leon Battista Alberti, whose architectural language is based on proportions which consider the kitchen a stage where the scenes are changed as and when needed: for the preparation of food, where everything must be to hand during operations and then rapidly return easily to its place.

Purity is the keyword chosen for Telero, a model inspired by 16th century Venetian ‘telero’ oil paintings; light and airy due to aluminium framed doors, slim lines and a finely striped effect.

The leitmotiv for the Image open system is mark, intended as a black or white line on a geometrical grid set off by the distinguishing regular pattern of open compartments. 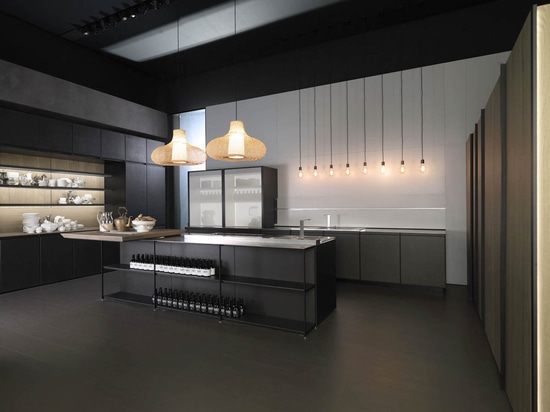 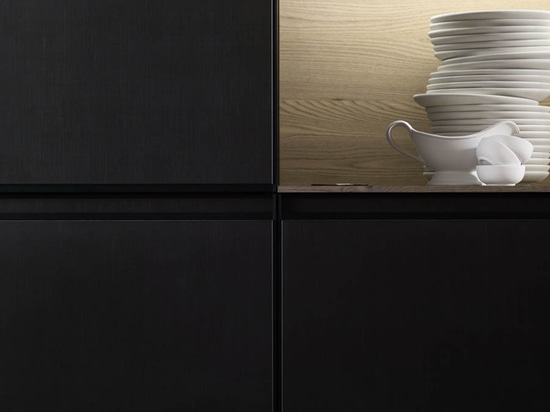 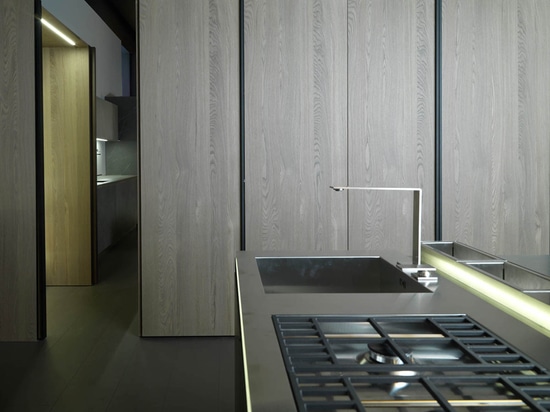 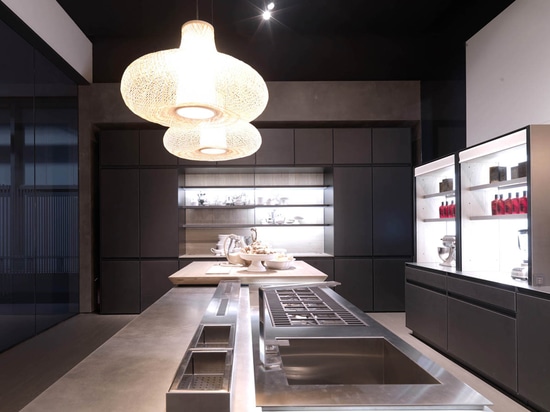 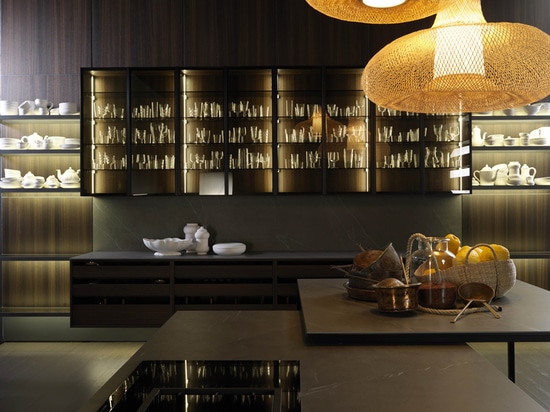 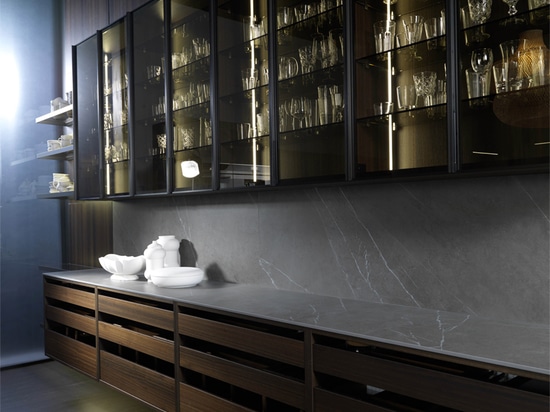 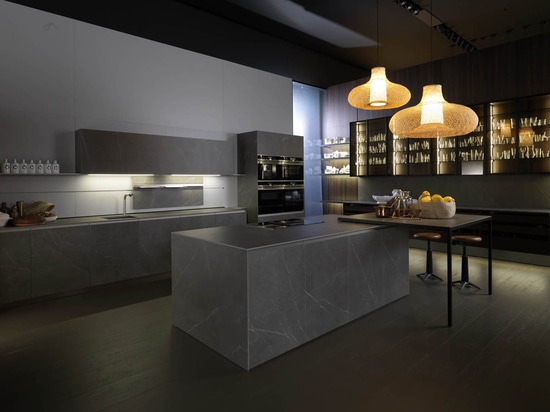 Presented at the 2017 Salone del Mobile, the films reveal the identikit of the Gruppo Euromobil companies

Immediate, iconic and direct. The language of video is the best way to tell a story, through words, images and music. Each of the films presented at the recent 2017 Milan Salone del Mobile describes the philosophy that underpins all the Euromobil cucine, Zalf mobili and Désirée divani product collections, their continuous search for eco-sustainability and materials tha... 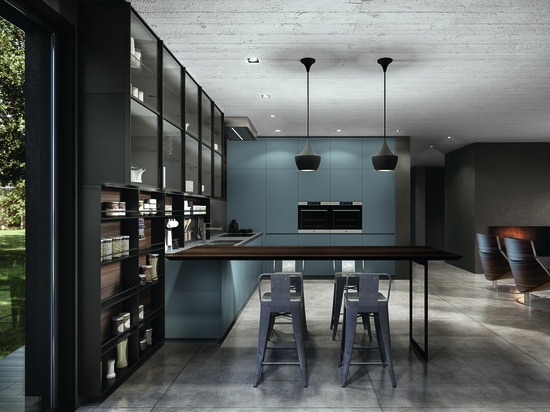 The first Euromobil Flagship store in Italy has opened in Corso Monforte 30/3, an important hub in the Milan design district. The concept behind the project, created by the renowned Matteo Thun & Antonio Rodriguez studio, is focused on the environment that has always been considered the heart of every home: the kitchen. It is well known that Thun and Rodriguez share seve... 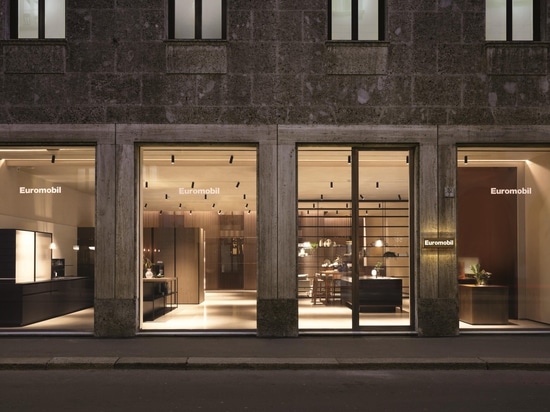 Elegant and airy, IMAGE is a system of open items comprising an ultra-slim metal framework with upright supports and horizontal shelving, both measuring 18x10mm. The effect is of a rigorous geometrical grid featuring regular rectangular units reminiscent of the rationalist culture of the first half of the twentieth century. The slim 2mm and ... 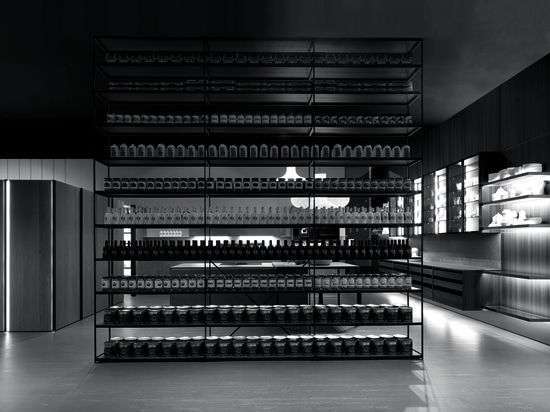 A kitchen with a bold, unconventional character, where design, colours, materials and functions are given a unique twist. The SEI kitchen has no aesthetic compromises and is appreciated by all those who value design. Marc Sadler skilfully combines materials and colours, mixing wood, marble, steel and laminate for a single goal: to create a colourful kitchen, with many be... 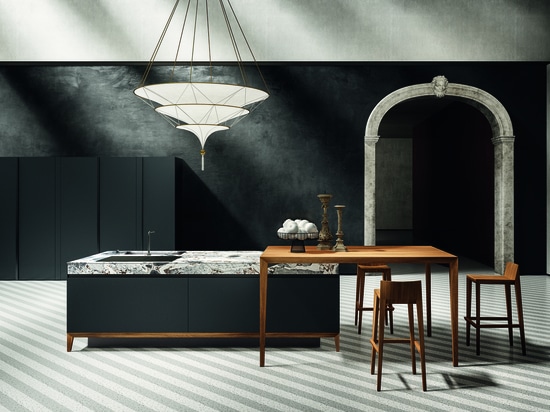