From the Garden Egg Chair to ‘Frameless’ Tables, Ghyczy Designs Pieces That Endure

The iconic furniture of the Hungarian-born, Holland-based Peter Ghyczy has been enticing collectors for more than 50 years.

The architect and furniture designer Peter Ghyczy, who will turn 80 in December, was practicing COVID-inspired social distancing in his atelier in Swalmen, the Netherlands, when we met via FaceTime in mid-March. The local epicenter of the pandemic was no more than an hour’s drive from Ghyczy’s small town, but he appeared as cool as a cucumber, and he was hard at work.

“I’m optimistic,” he said, looking up from his drawing table, covered with rulers, protractors and pens. “Right now, it’s a shutdown, but we are living in the countryside, so I hope we will survive. I am not dependent on going out. I’m working here and also at home. You can’t stop ideas when they are coming.”

To illustrate his point, he held up a piece of paper on which he had scribbled designs for a new chaise longue, a table, a bed and a lamp. “It’s parallel processing,” he explained. “I might be working on two, three, seven, eight projects at a time. I’m busy with one project, and I get an idea for another.”

It was more than 50 years ago that Ghyczy (pronounced git-si) designed his first piece of iconic furniture, the Garden Egg chair, a spaceship-shaped shell of thick polyurethane that opens to reveal a brightly colored cushion inside. Now in dozens of museum collections, it has graced the homes of fashion designer Karl Lagerfeld; musician Dave Stewart, of the Eurythmics; and designer Tom Dixon.

Ghyczy went on to design many other collectible pieces, including the GN2 molded-fiberglass lounge chair (1970); the sleek Jodie S02 chair (1988); the elegant Doris T63S tea trolley (2004), made of glass and tempered metal plates; and the Audrey GP05 lounger (2017), which features an adjustable backrest. All evince an architectural sensibility — Ghyczy trained as an architect — and a focus on solid construction and innovative joinery. Unlike the austere minimalist furniture his Dutch contemporaries made famous, this Hungarian-born designer creates minimalist pieces that speak of opulence and luxury.

And he shows no signs of slowing down, working in his studio seven days a week. “Even sometimes at night, I can’t sleep because I have an idea,” he told me. “So, I have a notebook next to my bed. I make some notes, and I go back to sleep.”

Ghyczy was born in Budapest in 1940, on the eve of Hungary’s entry into World War II. His father was killed during the Red Army offensive of 1945, when he was four, and his mother sent him to be raised by his aunts in a country estate on the eastern border, near Ukraine. During the Hungarian Revolution of 1956, his mother and stepfather moved to Austria, hiring a smuggler to get the teenage Ghyczy out of boarding school and across the border as well.

Ghyczy studied architecture in West Germany and, shortly after graduating, in 1967, was hired to design the headquarters of the polyurethane manufacturer Elastogran GmbH, in Lemförde. He became the company’s chief designer and hired its design team. One of his first projects, intended to demonstrate the versatility of the then-new plastic material, was the Garden Egg chair, designed in 1968 and manufactured in 1971. During that time, he also created products for other companies, such as Vitra, for which he designed the polyurethane Spring armchair, and, in collaboration with Herman Miller, the Endless-Group modular sofa.

In 1972, largely on the strength of those famous designs, he founded his own design company, Ghyczy + Co, in Viersen, West Germany. Inspired by the Club of Rome, a group of environmentally minded intellectuals and scientists, Ghyczy left plastics behind and focused on natural materials. He developed casting and clamping techniques to create furniture pieces that are seemingly frameless. The legs of the T14 coffee table from the 1970s, which is now part of his Pioneer collection, for example, are clamped onto a half-inch glass plate that appears almost to float.

That same year, Ghyczy and his wife, Barbara, moved to Dutch village of Beesel because her family had a home there that “reminded him of the house where he’d grown up with his aunts in Hungary,” says Felix Ghyczy, the youngest of the couple’s four children. Two years later, the company followed.

In 1986, the company relocated to Swalmen, and in 2000, Ghyczy transformed a former industrial building there into a 3,000-square-foot showroom, removing the roof and adding enormous greenhouse-like windows around the original facade. The company manufactures its designs in an atelier next door to this showroom, which it continues to use, also selling pieces through its 1stdibs storefront.

Felix joined the firm in 2001. He assumed ownership from his father in 2014 and began rebranding the company soon after. “My father is the designer, but I work alongside him and fine-tune the design in materials, finishes and dimensions,” he says. Now, as artistic director, Felix oversees design, production and sales in Swalmen, as well as at a second showroom — in Amsterdam, where he lives — in the W Hotel.

Felix describes Ghyczy’s pieces as “emotionally sustainable designs,” which he defines as objects their owners want to keep because of their timeless quality and solid construction.

“These days, a lot of people are buying furniture that you might throw away after a few years, because it’s trendy and, after a while, you have seen it enough and it no longer fits in your home, or it’s wobbly in its construction,” he says. “What we hear from our clients is that they like the product so much that even after thirty or forty years, they still want to have it in their homes. The more you look at it and live with it, the more you love it.”

Peter Ghyczy told me he’s never felt like resting on his laurels, and as he nears 80, he’s even more motivated to put his designs out into the world.

“Ideas are coming out at a faster pace,” he said. “I have more time, because Felix is doing the daily work, so I can design. I’ve read about classical musicians who have had the same experience at the end of their lives, making very good final creations. I almost have the impression that my brain tries to put out all the ideas that have potential. It feels like I’m working to finish my life’s work.” 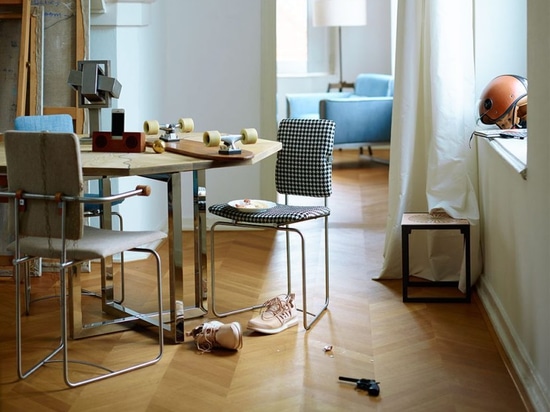 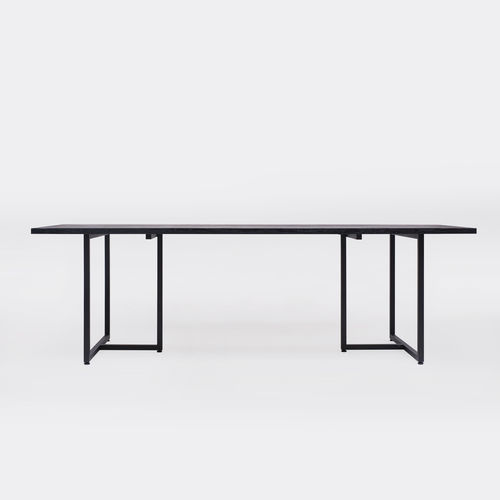 In the city center of Amsterdam, close to the well-known ‘Vondelpark’, you can find Hotel ‘Park Centraal’. This hotel is part of the ‘Sircle Collection’, a big hotel group. Park Centraal has done a big refurbishment over the course of one year. The results are fantastic. Park Centraal has a whole new entrance hall and lobby. For the finishing touch to their new interior ... 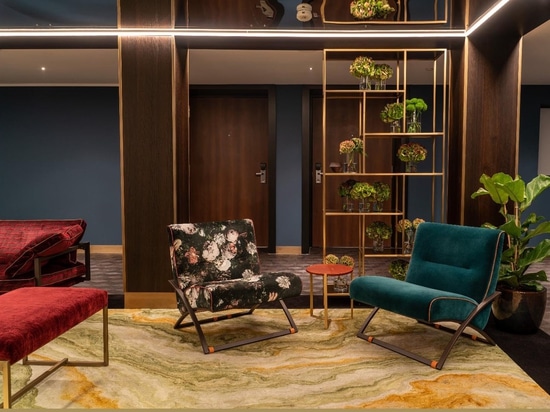 We believe that it’s our mission to improve the world by stimulating people to buy consciously. Aspects such as where the product is made and its durability should be more important than the price. With durability we mean that the product should be timeless and not subject to trends of fashion. Design should have a good construction and made of high-quality materials. Th... 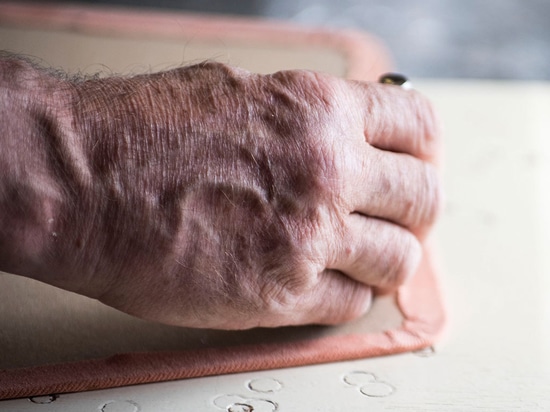 There are many reasons to collect vintage design. Some buy it to be sustainable and others appreciate the iconic look some vintage pieces have. Here at GHYCY we are big fans of vintage design. That is why GHYCZY likes to create design that can be given to the next generation. This is design that is made of high-quality materials and is timeless. Design is timeless whe...

“Design is timeless when it outlives fashion and its trends and when it has an own character. A designer can distinguish himself by creating products that look extreme. I don’t do this. A product should always meet my philosophy of ‘HALO’. This means that a design should be elegant and simple. It should be the opposite of being extravagant or pompous. To stand out or to ... 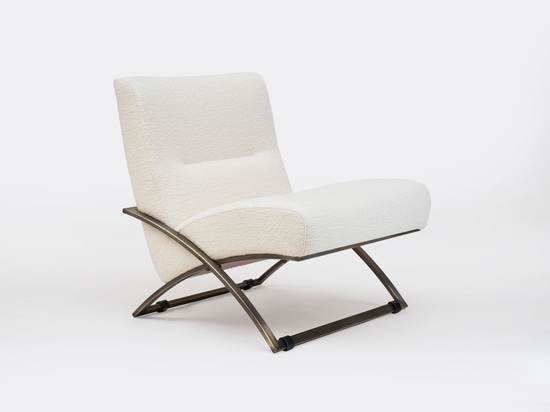 HALO: Harmony & Logic HALO: Harmony & Logic
*Prices are pre-tax. They exclude delivery charges and customs duties and do not include additional charges for installation or activation options. Prices are indicative only and may vary by country, with changes to the cost of raw materials and exchange rates.
Compare
Remove all
Compare up to 10 products