For over fifty years now, the iF International Forum Design has been annually staging one of the greatest design competitions in pursuit of the very best in the sectors communications, industrial and product designs. The iF product design award counts as one of the world's most prestigious and established design awards. This year's winner in the category Public Design / Interior Design: Mediamesh®, the next-generation media façade developed by GKD - Gebr. Kufferath AG. High-luminescence LED profiles interwoven into stainless steel wire mesh make this a worldwide unique system that allows permanent integration into the architecture thanks to its transparency, while at the same time guaranteeing a truly brilliant image quality. In addition to excellence in criteria like workmanship, degree of innovativeness and functionality, the international jury of experts was also won over by the design quality and the choice of material of the innovative mesh system Mediamesh®.

The iF Award 2009 is a further milestone in the meteoric rise of Mediamesh®. Since its market launch in 2006 it has been on a constant winning streak. In the meantime, this media façade design concept has won all the important design prizes and awards. In 2006 Mediamesh® received the Steel Innovation Award, in 2007 the Good Design Award and in 2008 the red dot award. "2009 has been our most successful year so far," says Stephan Kufferath, GKD Managing Director. "Now, on top of the DETAIL Award 2009 and the Design Award of the Federal Republic of Germany 2009, we are thrilled to have received the iF product design award 2009."

Mediamesh® also reaped international acclaim for its very first and highly impressive application in Europe's largest media façade, which was erected in 2007/2008 in Milan, right next to the Cathedral. For the duration of renovation work on the Palazzo dell’Arengario – Milan's former city hall – 480 square meters of the innovative mesh system were installed on the north face of the scaffolding surrounding the construction site. Since then, Europe's so far largest media façade has been enthralling both visitors and local inhabitants, providing an artistic and cultural experience round the clock. For over a year now, the media façade in Milan has become an established feature of the city. Last year, the Mediamesh® façade on the Piazza del Duomo was the meeting place for hundreds of spectators and public viewers during many important live transmissions. The medialised façade provided the platform for, among other things, the much-discussed Angelus prayer by Pope Benedict in 2008, which was not held – as originally planned – at the La Sapienza University in Rome because of protests, as well as for the Rugby World Cup 2008. But the façade not only serves as a communications platform for live transmissions, city information or advertising. It also functions as a transparent skin which affords a glimpse of the building behind it. Even when it is not in operation the shimmering metallic mesh reflects its immediate urban surroundings while at the same time seeming to melt into them.

In this way, Mediamesh® enters into a perfect symbiosis, harmonising innovative technology with traditional urban environment. The sophistication with which this mesh concept bridges the gap between tradition and innovation is also what convinced the jury of the iF product design awards 2009 to select Mediamesh® as one of the winners from among 2,808 submissions.

The success story will also continue in this year. Numerous sensational projects with Mediamesh® are already being implemented. The mesh system is moving into New York's Times Square, for example, and is also the talk of the town in Miami, Florida. But the unrivalled highlight is already the world's largest media façade, which is currently being installed on the office skyscraper of a major concern not far from GKD's headquarters in Dueren, Germany.

The award ceremony of the 55th iF product design awards took place on 3 March 2009 on the Hannover exhibition grounds. This event included the opening of the iF exhibition. Here, like all prize-winning products, Mediamesh® will be on view to the general public for the coming half year. 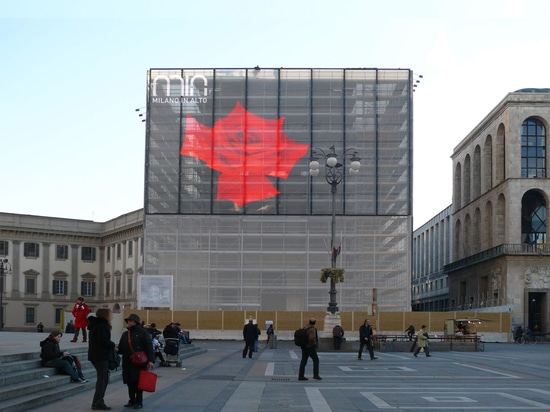 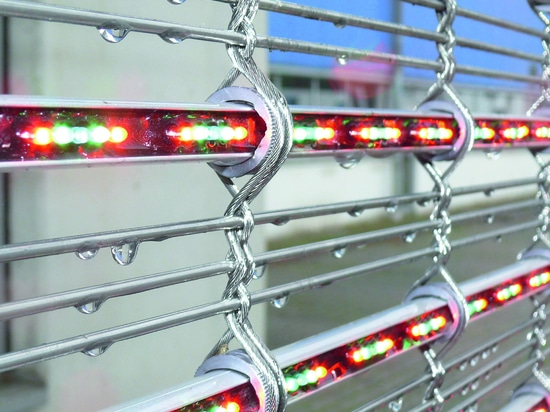