MEDIAMESH® as a passenger guidance system

Minnesota is one of the northernmost and water-richest states in the US. This makes it a popular destination for fans of water sports, trekking and even cross-country skiing. Hence its Minneapolis-St. Paul International Airport (MSP) is an extremely busy transport hub. To cope with the ever increasing volume of passengers, the airport has been continuously expanded and its processes optimized over many years. In the latest measure, the security control area was substantially expanded in order to reduce check-in times for passengers by having more queues. As part of this measure, two transparent MEDIAMESH® screens from GKD – GEBR. KUFFERATH AG were installed to guide passenger flows.

Minneapolis and St. Paul are known as the Twin Cities because of their seamlessly merging city limits. As such, they also share the MSP airport located to their south. A subway connects the airport’s two terminals and continues on into Minneapolis city center. With over 35 million passengers in 2015, MSP handles a similar volume to London Gatwick, Barcelona-El Prat and Rome Fiumicino airports. In addition, nearly 200,000 tons of airfreight were handled at MSP in the same period. The airport has undergone numerous structural extensions to help cope with the passenger traffic, which has been rising continuously for decades. Hence, in the bigger of the two terminals, Terminal 1-Lindbergh, which has 114 gates, the security control area has been completely revamped. On the north and south sides of the terminal, there are now ‘super control areas’ with ten queues instead of two to enable faster check-in. Furthermore, there is an extended area behind security that offers a quiet space where passengers can put back on any items of clothing given to security and re-pack the contents of their bags.

Even from afar, passengers can read the two large displays, almost 25 square meters each, used to guide them to the shortest queue. For Alliiance Architects, their size and placement in front of the glass facade were clear factors for choosing the transparent media façade system from GKD. The MEDIAMESH® screens’ high transparency and crystal-clear display underline the architects’ concept of improving the convenience and ambiance for passengers in the airport with every construction measure. The filigree structure made of stainless steel mesh with integrated LED profiles displays electronic information for the passengers. With a pixel pitch of 40 mm vertically and 50 mm horizontally, the powerful system delivers brilliant colors and superb legibility despite the daylight flooding through the glass. So, even from a distance, you can read the number of people waiting and the expected waiting time at the various security gates, and be guided to the most appropriate control point at that time. Each display comprises two 5.2-meter high by 2.6-meter wide metal fabric panels, which together form a 25.4 square meter information display area. Despite their size, their transparency means they do not detract from the feeling of open space since the area behind them remains visible.

In GKD, the airport operator also found the right partner to install both of the large displays while the airport remained in operation. The majority of the work required could only be carried out at night under immense time pressure before the arrival of the first passengers. However, GKD managed to complete the entire installation, including all cable connections, server installation and training the staff from the relevant departments, in just 17 days. 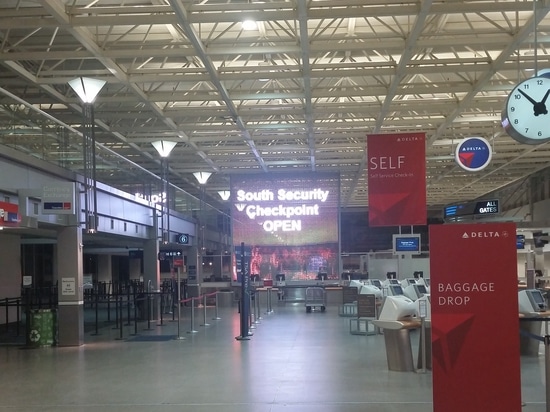 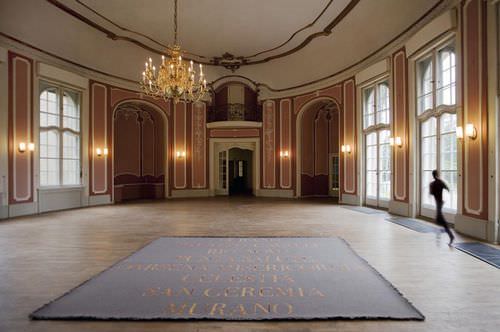 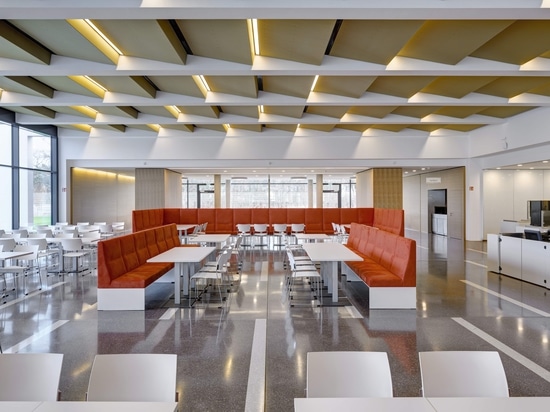