As transport and passenger hubs, airports are like the business cards of cities and countries. Millions of people make their way through car parks, terminals and security gates at the world's airports on a daily basis. And with more and more people regularly using the buildings, the requirements in terms of architecture, safety, security and sustainability all increase. Control towers receive less attention but are at least equally important and play a decisive part in ensuring the smooth and safe operation of an airport. At the airport in Madrid – one of Europe's largest – the façades of two towers were cladded with metallic fabric from GKD. The fabric shell underlines the high architectural standards of the airport. In order to improve both the function and visual appearance of the control towers, 600 and 1,000 square metres of Escale 7x1 stainless steel fabric were employed. Over five levels, the outer walkways are seamlessly cladded with the GKD stainless steel fabric. The metal fabric, which also offers a high degree of transparency with an open area of 50%, allows the unhindered use of daylight while serving as efficient solar protection. This robust outer layer also provides effective fall guard protection for the outside walkways. As such, the architectural concept combines protection and safety with technical aesthetics that express the top performance delivered by the airport on a daily basis. 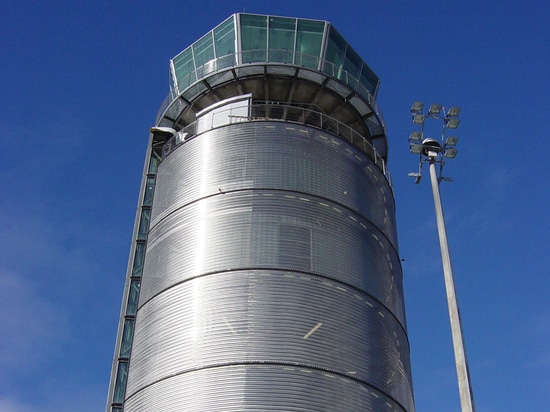 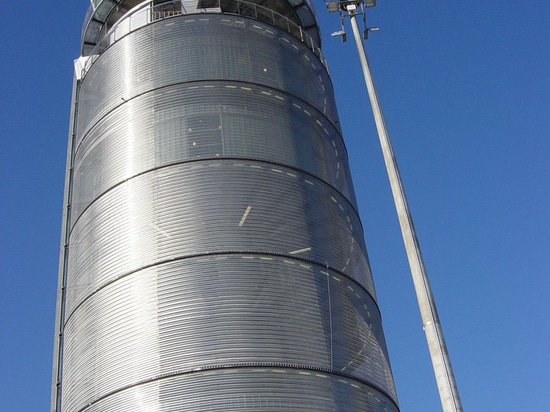