The Golden Box of Singapore

With a land area almost as large as Hamburg and almost five million inhabitants, Singapore is at the same time the smallest country in Southeast Asia and a vibrant global metropolis. The spatial narrowness of the highly developed city-state makes specific demands on a modern, diverse and open architecture that improves the lives of its inhabitants. In the heart of Singapore the golden box designed by the local branch of the Australian’s K2LD architects has now created a domicile where this claim is consequently implemented. In an expressive way, the design of the two-story private house combines the desire for generous openness with partial concealment. The desired decomposition between the interior and the exterior of the building is elegantly worked out by a golden anodized building shell of 430 m² semi-transparent GKD wire mesh type Alu6010. While the building is protected from the direct view from outside, the sunlight and the extreme heat by utilizing three meter high fabric panels during the day, the illuminated interior is revealed at night. In total 222, on the building’s facade mounted metal fabric panels provide an interplay of transparency an opacity. With its modern appearance that is functional to the needs of residents as well as customized to the environment, the golden box blends into the surrounding cityscape. The metal mesh perfectly supports the concept of the architects while allowing for the fashionable utilization of colours in architecture. 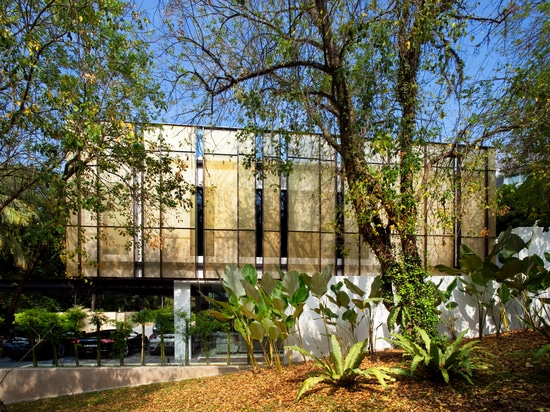 The Golden Box of Singapore 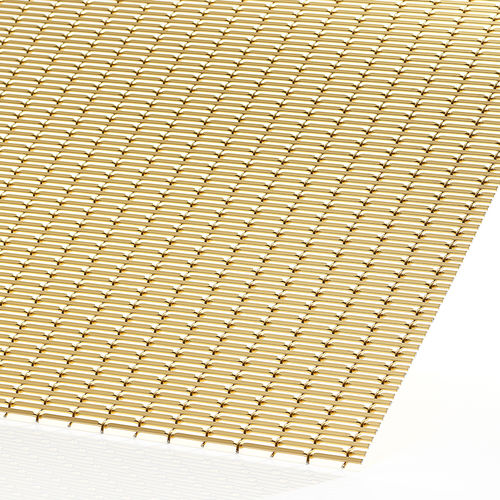