The President of ISOMAT, Mr. Stefanos Tziritis, was awarded with the Cross of the Order of Merit of the Federal Republic of Germany, during the opening of the official dinner held by the Hellenic-German Chamber of Commerce and Industry of Thessaloniki on Sunday 8th September, at the Makedonia Palace hotel. The formal dinner was organized in the frame of the 84th Thessaloniki International Fair.

The award was bestowed upon Mr. Tziritis by the Ambassador of the Federal Republic of Germany Ernst Reichel, after a decision made by the Federal President of Germany Frank-Walter Steinmeier. During his speech, Mr. Reichel mentioned the significant contribution of ISOMAT’s President to the development of the Hellenic-German relationships, mainly in the fields of economy and entrepreneurship. He also made an extensive reference to the business and social course followed by Mr. Tziritis.

In turn, the President of ISOMAT thanked Mr. Reichel and stated that Germany provided him with valuable foundations for his professional development in Greece. He also emphasized his faith in the Hellenic-German collaboration and the benefits both countries can reap from its strengthening. Finally, he presented the activities of the Chamber of Commerce as well as the 85th TIF, for which Germany has been chosen as the honored country.

This year’s event featured more than 350 participants, including members of the Greek government, the new Consul General of the Federal Republic of Germany, Mrs. Sibylla Bendig, representatives of the business and banking sector, heads of other Chambers of Commerce and productive bodies, as well as members of the Hellenic-German Chamber of Commerce and Industry. 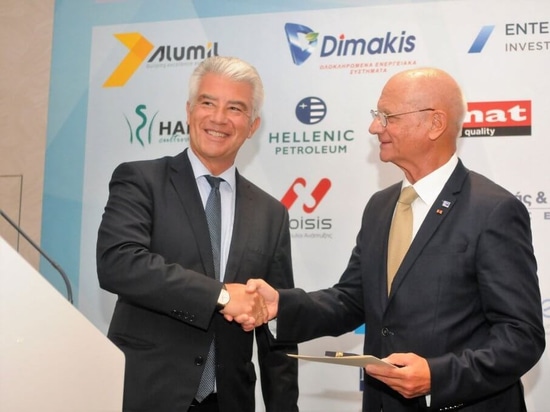 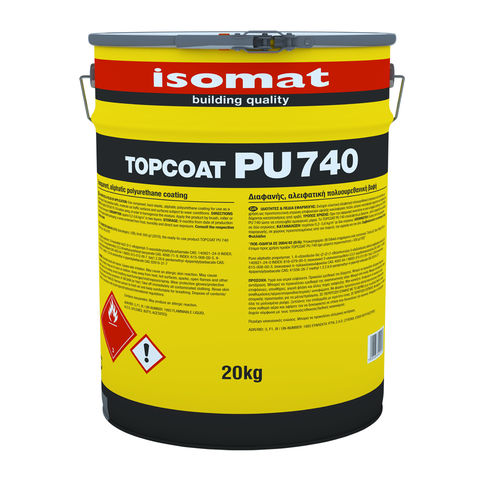 ISOMAT has donated 10 electric hospital ICU beds and 2 ultramodern X-Ray transparent stretchers to actively support the University General Hospital of Thessaloniki AHEPA in the fight against COVID-19 pandemic. Considering the daily struggle of hospitals all over Greece to test and treat COVID-19 patients, and within the framework of its corporate social responsibility... 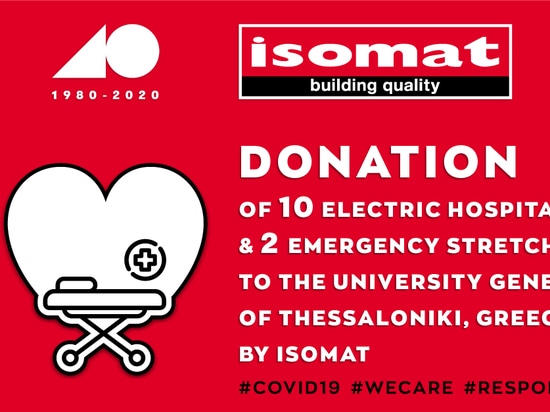 ISOMAT has received the TRUE LEADERS award from ICAP Group, for the 7th consecutive year, establishing its position as one of the leading companies of the Greek economy for 2018. 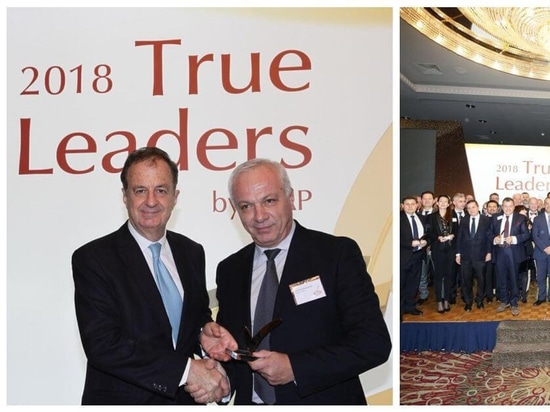 ISOMAT, in cooperation with Redex company, was honored with the Silver Award during the Energy Mastering Awards 2019 held on Thursday 12th December 2019, at Radisson Blu Park Hotel, Athens. The two companies were distinguished in the Energy and Fuel Efficiency subcategory of Energy Efficiency Management main category for their successful implementation of energy efficien... 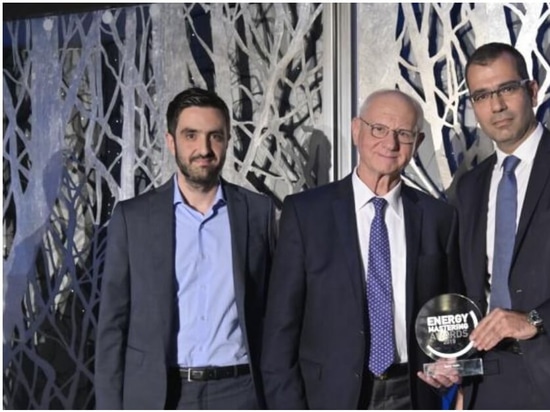 ISOMAT completed an exciting and successful trade fair year for 2019 by taking part in the most important international building exhibitions, out of which the three latest participations included BATIMAT in Paris (4-8 November), Big 5 Dubai (25-28 November) and the National Painting and Decorating Show in Coventry, UK (26-27 November). 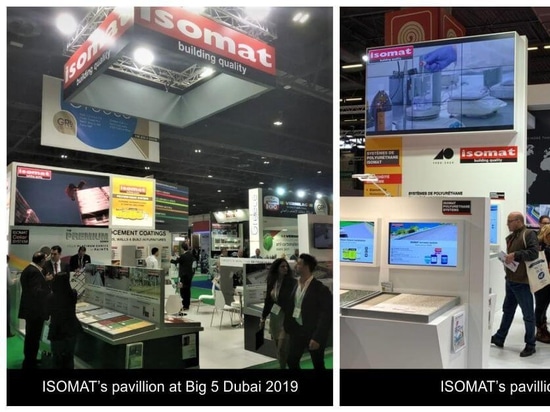