The most selfie-friendly cow in the world

Let us introduce you Milky Way, the crystal cow

Mr. Ernst Wastl, Austrian collector and owner of the Ernst Gallery Budapest bought the life-sized cow sculpture called 'Milky Way' decorated with more than 13.500 pieces of Swarovski crystals at a charity auction on 2 October 2007 in the Four Seasons Gresham Palace Budapest Hotel for a record price.

The art piece which was designed and manufactured by artists János Héder and Judit Zoltai, co-owner and designer of Manooi became the emblem of the 2007 'Cow Parade' very before the auction. The value of the sculpture arises not only from the high value of the Swarovski crystals and exceptional technical execution (it's lighted with bulbs from inside) but from the conception it is symbolizing.

Mr. Wastl regards himself very lucky that he could acquire the Milky Way, as the auction was announced in a very short time. And even the New Yorker Museum - who is the biggest competitor for Mr. Wastl- was late from bidding. The museum has already contacted Ernst Gallery to start negotiations about the 'Milky Way'. Anyhow, Mr. Wastl as the laughing third is sure that this exciting masterpiece will give a new flow to the art scene and it could fit in any modern art museums all around the world.

Mr. Ernst Wastl underlines another important fact that through this purchase he supported the 'Hole in the Wall" charity foundation (initiated by Paul Newman) which helps the recreative encampment of children suffering from tumors and other chronic diseases.

Mr. Wastl intends to bring the sculpture to Austria: 'It needs an international context for sure. An American museum could guarantee it, but according to my opinion the 'Milky Way' could unfold its true meaning only in a place to which it has close ties.'

We had a pleasure to work with the CID design team on a project in Kensington district in the UK. Our two models – Atoll and Linea are acting as the visual links between the dining zone and the living room. The crystal chandeliers in compositions – juxtaposed or placed in different spaces of the apartment can give the feeling of intangible unity, the motive which gives t... 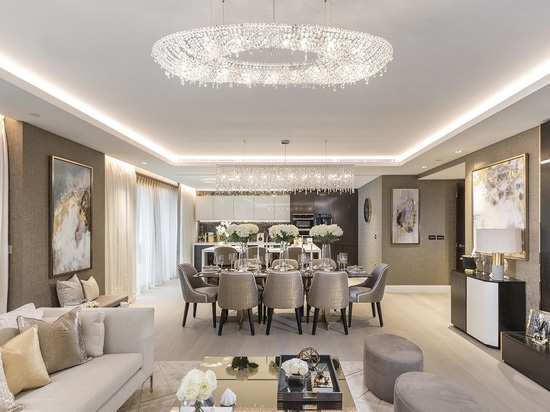 The dining area in a luxurious apartment in Germany, designed by the Birgit Otte Interiors in a modern style, is featuring our Iceberg model. The hemisphere of the chandelier is a fountain of light with the streams of crystal reflections suspended over the dining table. The chandelier is bringing a warm ambiance to a family gathered at the round table. 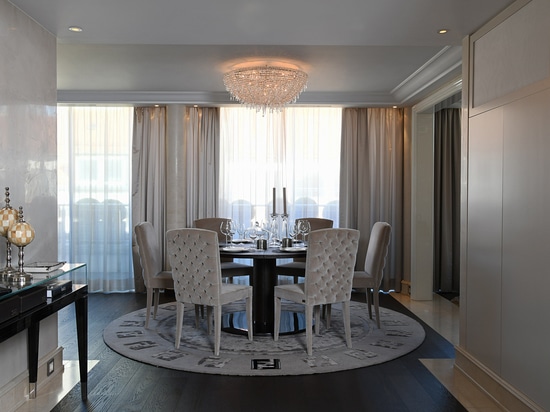 The Iceberg composition in a residential project in Russia is offering a way to emphasize the space, add a special intonation to the dining area. Light and multicolor sparkles move and change as we look upon the Iceberg hemispheres. 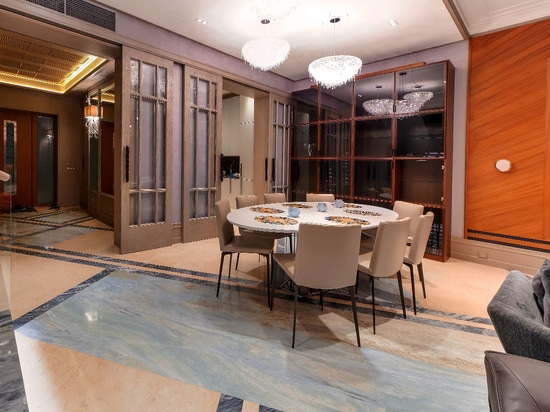 The apartment in London at the Bishops Avenue is housing Tondo from Manooi – the model in which the dramatic effect is reached through the combination of stainless steel and the mesmerizing sparkling of crystals. This playfulnessmakes Tondo a perfect choice for the contemporary spaces, following the minimalist trend but adding the feeling of luxury to spaces. 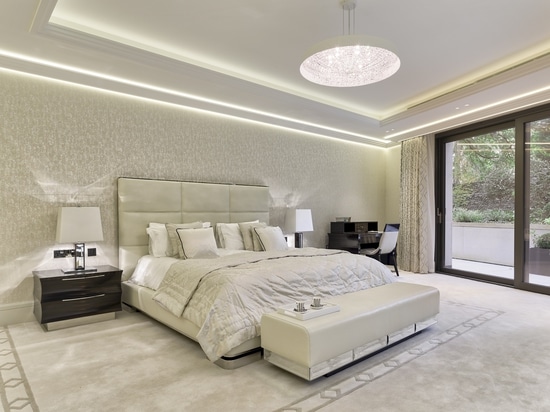