mmcité comes to South America for sun, samba and benches

We‘re heading to South America for the latest projects by our Brazilian branch. A country with an unmistakeable reputation for buildings by celebrated figures such as Oscar Niemeyer and Lina Bo Bardi, Brazil has become a beacon of modernism for all of Europe to follow. Not just architecture, but all public space design in Brazilian metropoles has inspired urban planners from around the world with its versatility and diversity.

São Paulo is the biggest and richest city not just in Latin America, but the whole southern hemisphere, and is the seventh largest city in the world. Now it can boast having one of the biggest exhibition centres in South America too – Expo Transamérica. Last year it underwent a facelift, with particular attention paid to modernising the outdoor area in front of the centre, which has been transformed into a boulevard with pergolas, sun loungers and kiosks. Both work and rest are made more pleasant here by our Limpido chairs, Bistrot table sets, Radium, Vera and Vera Solo benches, and the striking Rivage lounger. This space is also equipped with Prax litter bins and Valet ash trays..

This modern airport has been transformed into a cultural centre for the city thanks to investment from its operator, Zürich Airport. A brand new concept envisages this important transport hub as a meeting place, serving not only as a shopping boulevard but also as a venue for concerts and corporate events. We can‘t be left out of an urban planning project like this, so here, alongside our furniture, you will also find the first ever purely solar powered mmcité shelter. This shelter was designed to answer the needs of travellers; it features internal lighting, USB charging capabilities and an electronic billboard, all powered by solar energy.

With respect to history but in line with the demands of modern life, urban planners set about the renovation of the historical centre of São José, one of the largest cities in Southern Brazil. This public space now offers many spots for relaxing and taking in the view. Beneath the tall palm trees, the Rivage sun lounger, the restrainedly elegant park benches Portiqoa and Miela, slim Elias bollards, as well as the eponymous modular Tably range and even the Prax litter bin have all found a place here. 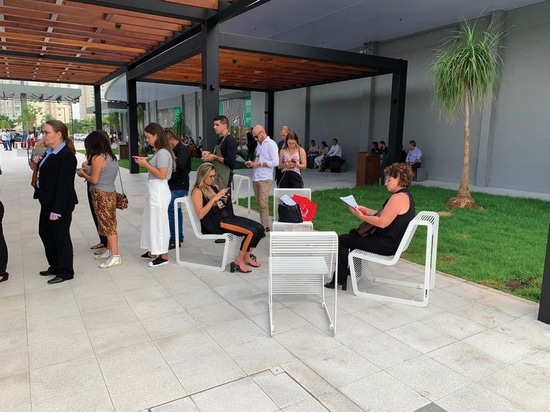 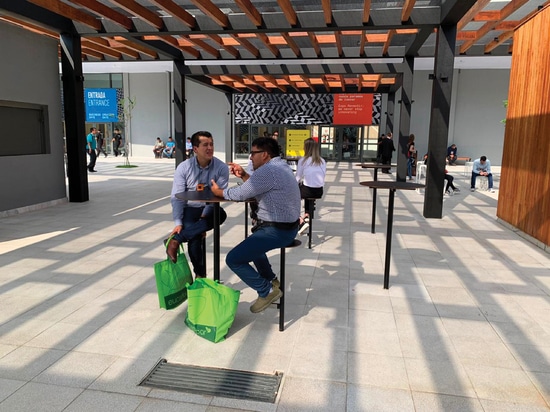 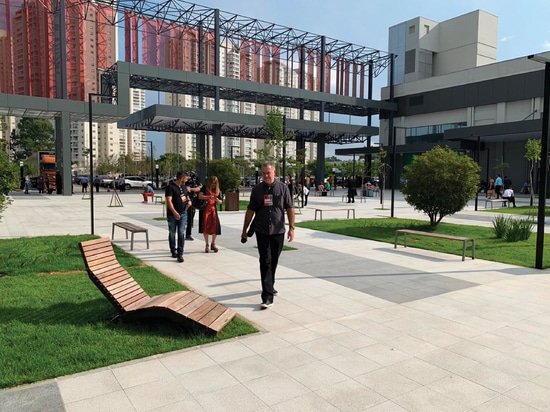 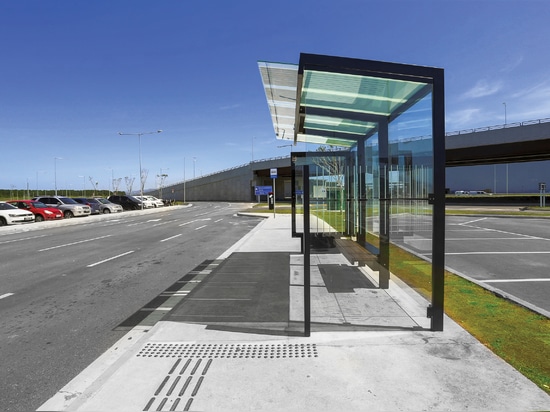 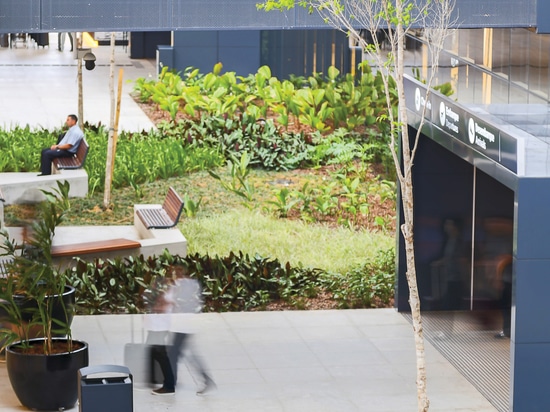 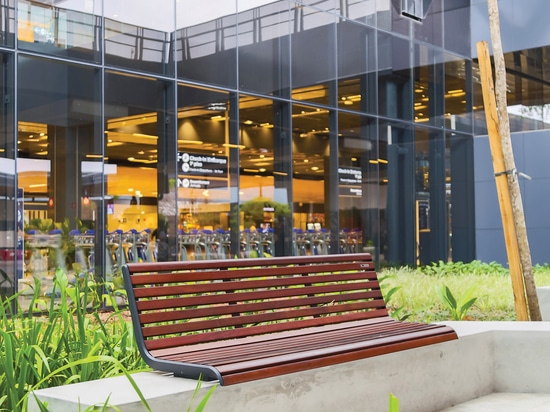 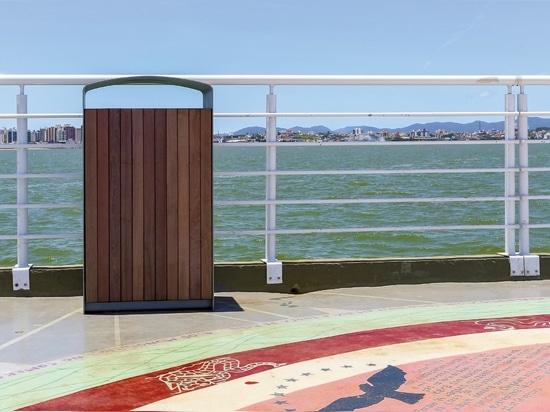 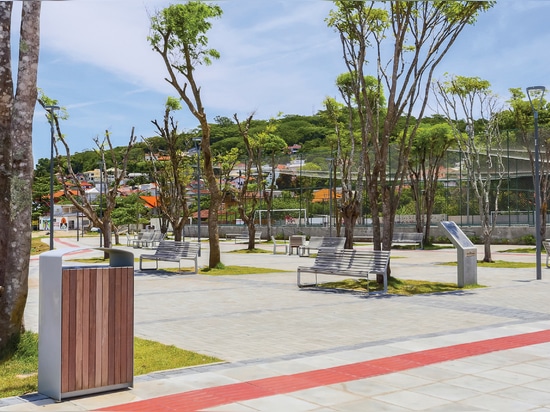 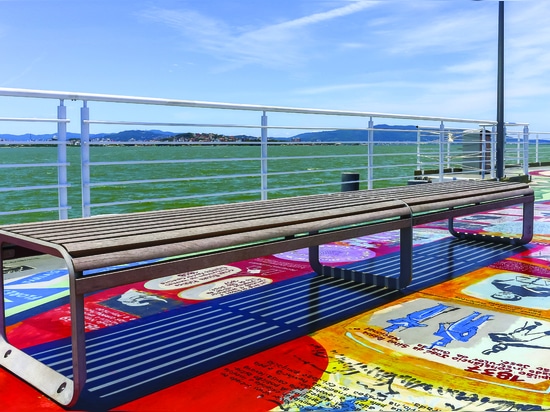 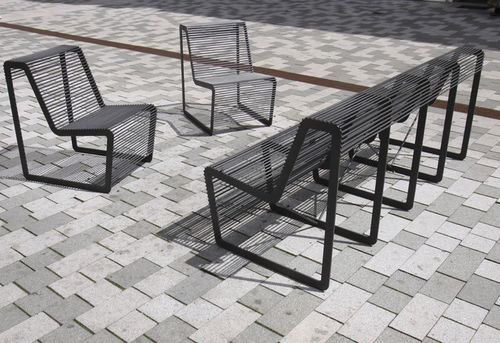 Maintaining social distancing for us means having design closer than ever.

Bringing quality design to cities is nothing short of a cultural mission for us. We have benches for a hundred people and for just one. For us, good design and a good product mean the same thing. It has to have good functionality, high build quality, and a form which stirs up your emotions. Beautiful like Helene, comfortable like Rivage, inspirational like Manta. We desi... 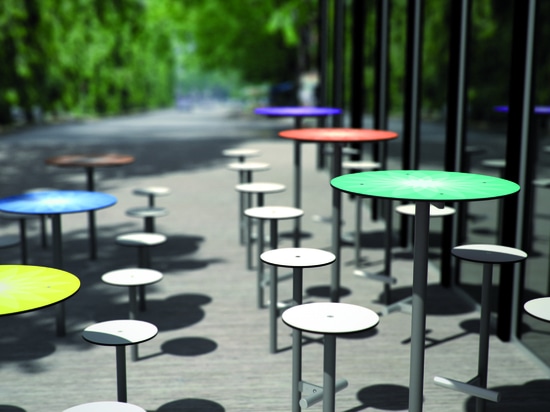 Playing is one of the most natural facets of human nature, and through our street furniture design even we try and join in. We are thinking of everyone who wants to spend their time outdoors: young people, parents with prams, wheelchair users, pensioners and kids alike. We came up with the new children's versions of the popular Woody and Radium benches for the little one... 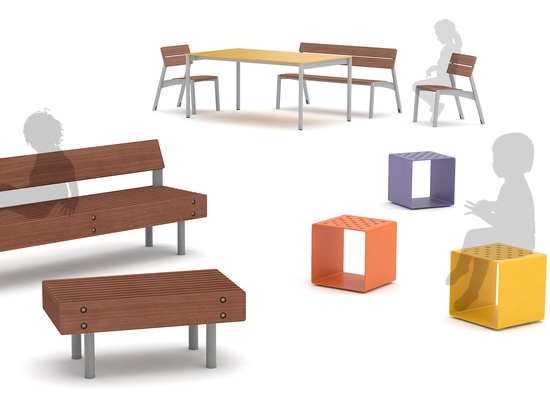 A range spanning a stackable compact sofa, a comfortable armchair, and practical tables, all available in a choice of wooden lamellas or steel round bars. The tables can be fitted with a high-pressure laminate (HPL) top, and for increased comfort a set of waterproof cushions is available in a wide range of colour arrangements. The design is timeless, combining both moder... 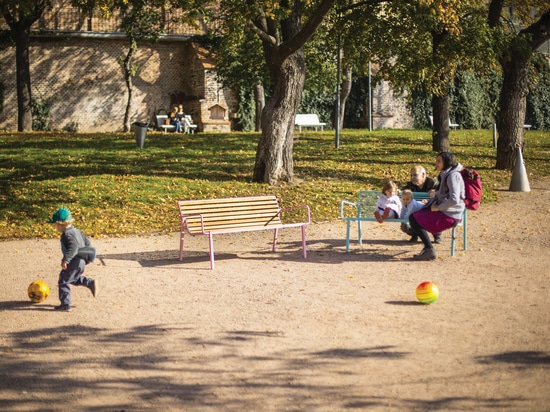 The year 2019 brought us a range of interesting projects, inspirational connections and new products, while mmcité benches provided comfort and relaxation to people further around the world than ever before. We keep looking proudly forwards, but we haven’t forgotten to take stock of the tracks we’ve left behind. Last year was one of prosperity for us; modesty is a big pa... 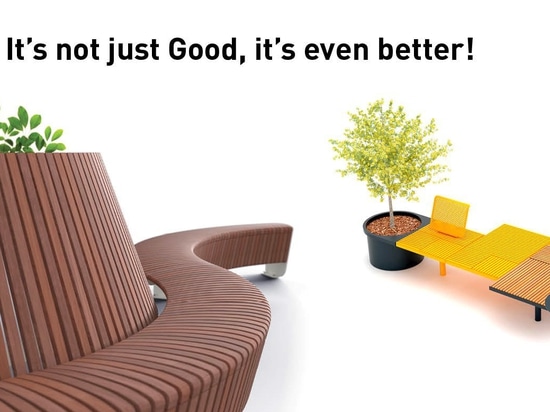 Good Design 2019 Good Design 2019
*Prices are pre-tax. They exclude delivery charges and customs duties and do not include additional charges for installation or activation options. Prices are indicative only and may vary by country, with changes to the cost of raw materials and exchange rates.
Compare
Remove all
Compare up to 10 products