The Lumière pendant lamp by Jon Stam and Simon de Bakker of Netherlands-based Commonplace Studio pays homage to the pioneers of the medium with contemporary cinema technology. Referring to both the French word for light as well as the inventors who popularized modern cinema, the word lumière reflects the duality of the lamp’s function.

With each lamp acting alone and lighting up a projection of moving images on the inner surface of its own glass bulb, a cinematic spectacle comes to life. Comprised of hand-blown glass, aluminum and a micro-projector, the lamp comes with the option of passing clouds as well as other available content.

Commonplace Studio’s works have previously been showcased at such events as Design Miami, Design Dubai, Milan, Manifesta and Sotheby’s, winning the Designers of the Future Award at Design Miami/ Basel in 2013. 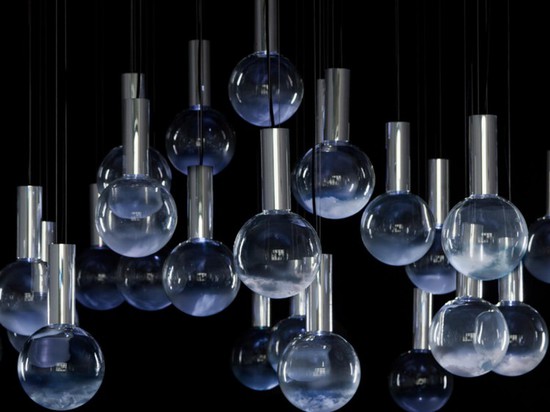 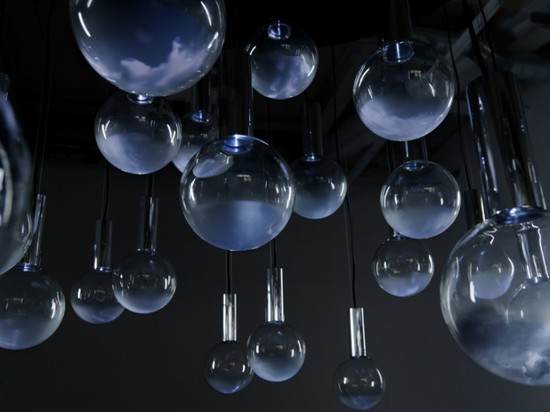 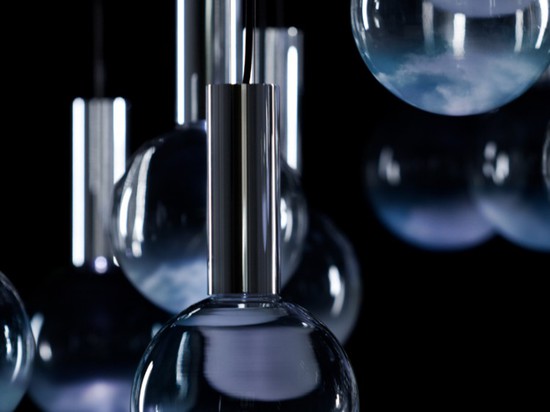 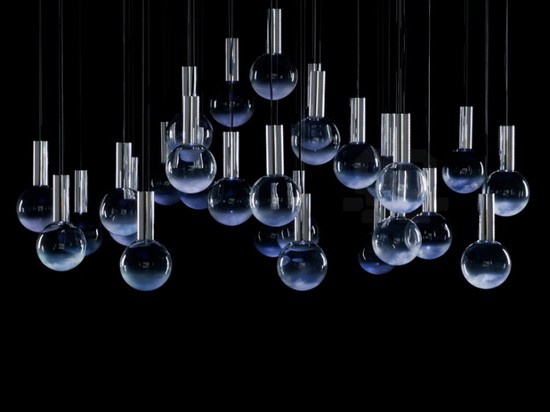 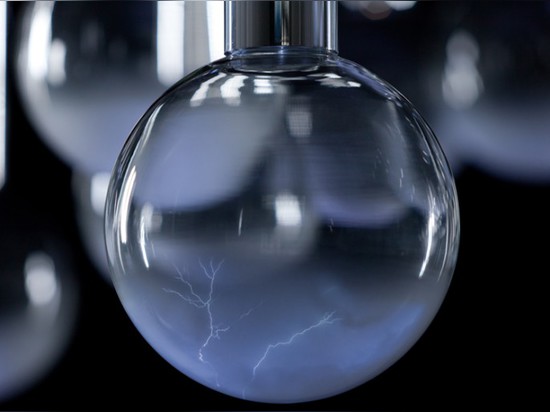 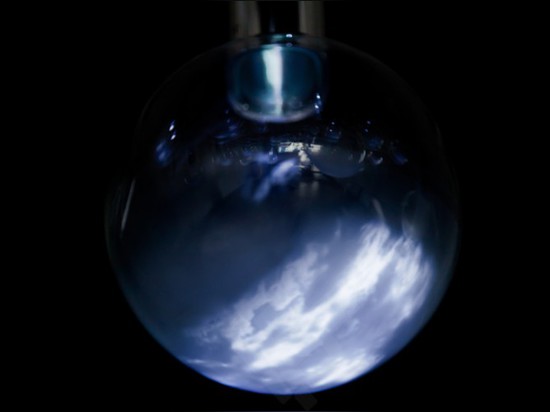 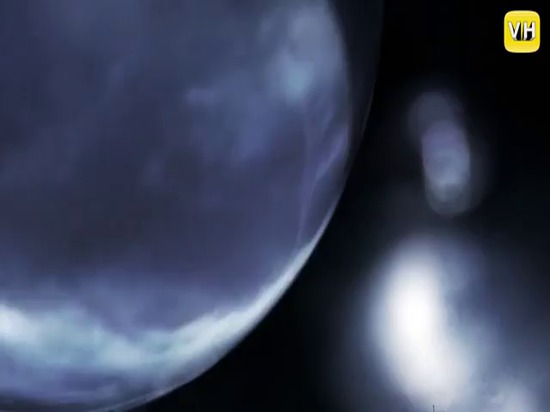