Presenting some of the coolest rides on two wheels

Although banana seats and streamers will forever be the cat’s pajamas, bicycle’s have reached new levels in style and technology in recent years. And We’re not just talking about the billion dollar bikes that are pedaling their way through the Tour de France at the moment. Even street bike design for us plebeians has progressed leaps and bounds! So while the professionals battle it out for a yellow spandex t-shirt, we invite you to feast your eyes on some exceptional bicycle designs.

You’ve probably heard of folding bikes, but Sandwichbike is presumably the world’s first flatpack bike. It actually arrives on your doorstep in a tiny cardboard box and must be put together using the special Sandwichtool. With a frame made from beech plywood that is sustainably harvested in Germany, the British design also earned a PEFC certification.

The ubiquitous French designer teamed up with French automobile manufacturer Peugeot to create a bicycle, scooter hybrid. Dreamt up as a system of free bicycles for the city of Bordeaux, France, the first 160 Pibals were put into circulation last week!

MinuteBike is a new type of bike meant specifically for urban commuters. Designed in Holland and built in Belgium, two bicycle-crazy countries, you know that MinuteBike is probably good. The smaller wheel and frame size mean that the bike is just as fast, but much lighter, so third-floor apartment dwellers will rejoice.

If you want a touch of originality, Dutch designer Jan Gunneweg has what you need. Despite our desire to be a bit skeptical of an all-wood bicycle, wood is a great shock absorber and is admittedly pretty solid, so why not? It doesn’t hurt that it’s pretty either.

Viks creates bikes that border on bicycle art. The Estonian company designs fixed-gear, stainless steel-tubed commuter bikes that could have their place at the MoMa. Designed by Indrek Narusk, the unique design started as a custom one-off and has evolved into an entire collection.

Most recently gracing the viral internet is the Kit Bike by Lucid Design, a studio based in Bangalore, India. Their proposed design is a easily constructed and deconstructed bike that would fit into a backpack the size of the wheel. The minimal design is also easy on the eyes. Could this be the end of awkward bike commutes?

If you have a spare $11,000 lying around, Hermès has juste what you need. Le Flâneur is a city bike for those that probably have personal chauffeurs that drive bicycle and owner to the park for a promenade. However, it is pretty. The frame is made from carbon and is accessorized in Taurillon leather.

Martone is not for the meek and mild. These stylish rides are as much fashion statement as bicycle. Every bike comes with a red chain and a handlebar basket. The bikes even automatically shift gears depending on the speed at which you are riding.

A bicycle made of glass? Crystal? Diamonds? Nope! The frame of the Clarity bike from designaffairs Studio is made from an advanced polymer that is highly resistant to impact, lightweight and flexible. The polymer is injection molded, which means that it is easy to mass produce and therefore affordable. However, we’re admittedly most attracted to the fact it’s totally transparent. So cool.

The WOOD.b bike is the brain child of French designers Thierry Boltz and Claude Saos from BSG Bikes. While keeping most traditional bicycle elements in tact, the frame is made from refined metal and layered wood veneer with wooden handlebars for style. 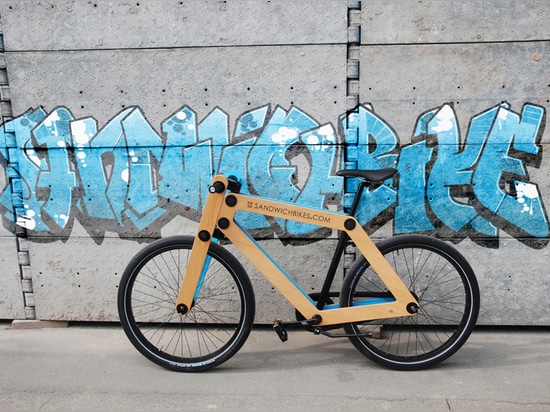 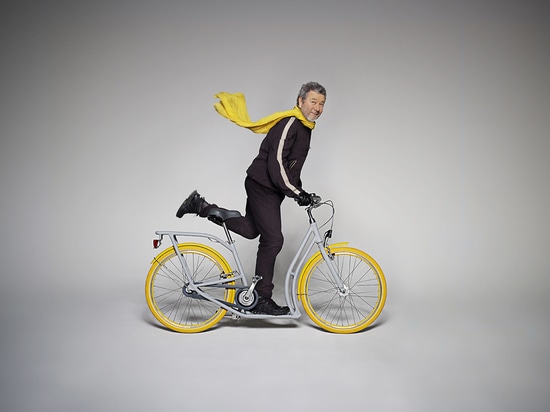 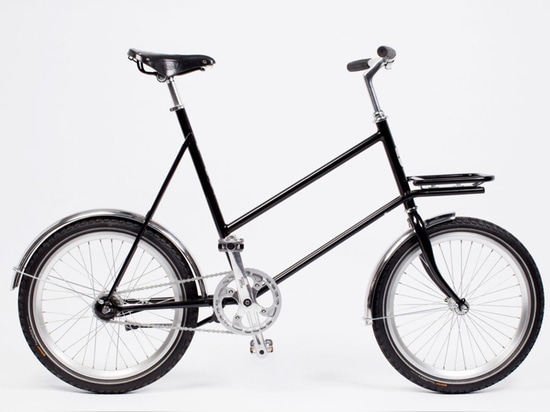 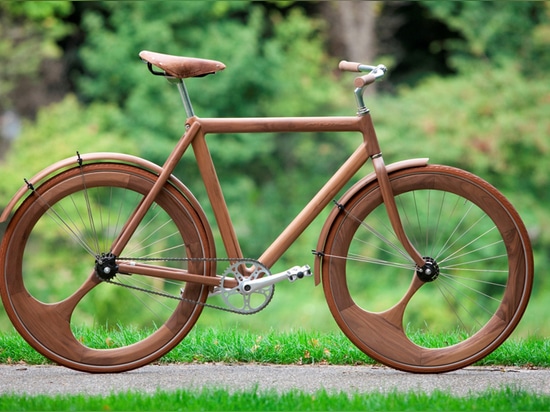 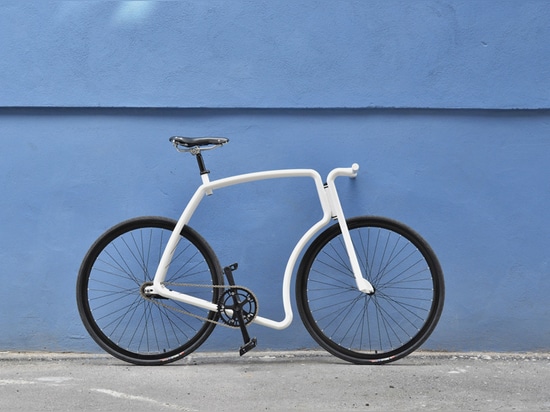 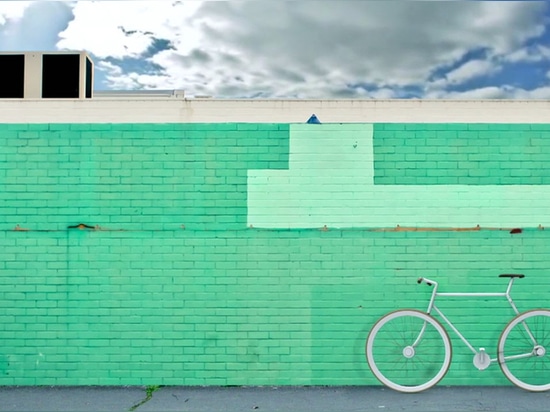