handcrafted from an eclectic mix of materials such as paper, cardboard, tree branches and moss, the small scenarios depict surreal architectural environments and structural impossibilities. a stack of buildings teeters on the edge of a tiny mound of earth that seemingly hovers in mid-air; an urban-style structure is contained within a transparent tube; a miniature paper water tower rises above a suspended patch of greenery. take a look at the series of tiny worlds titled ‘micro matter’ below and see more of de jong intricate process here. 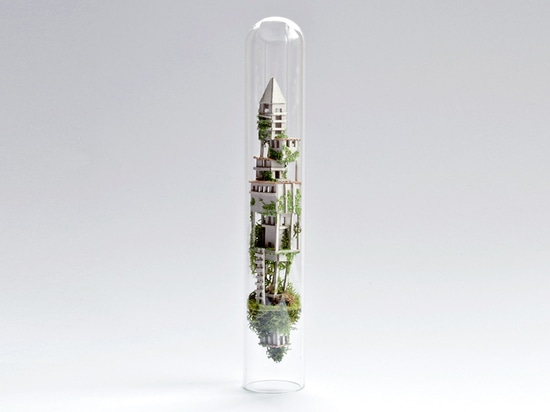 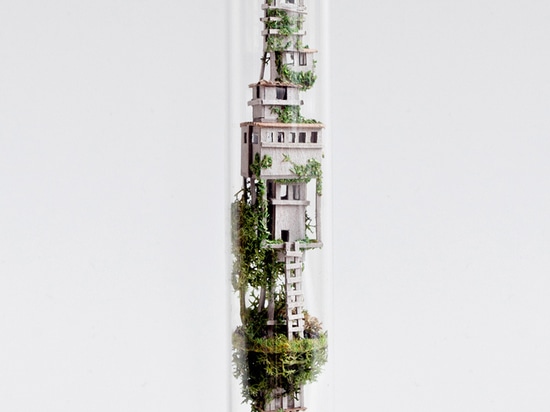 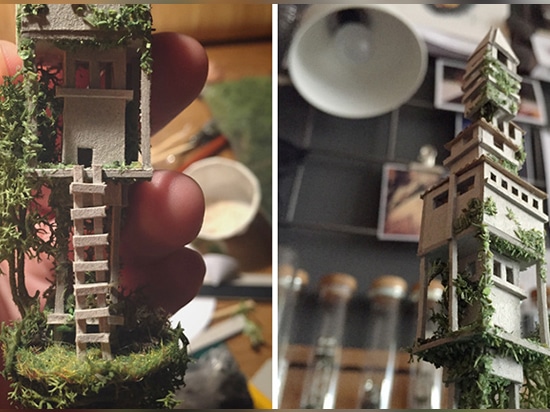 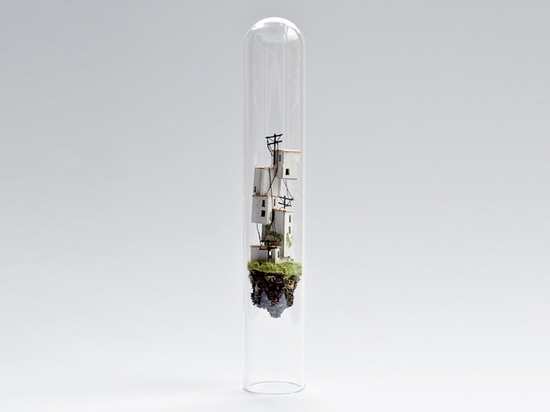 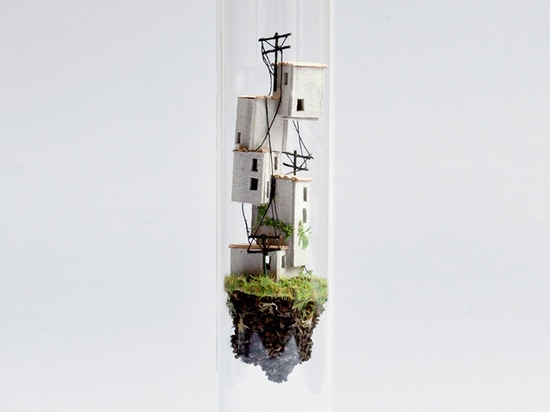 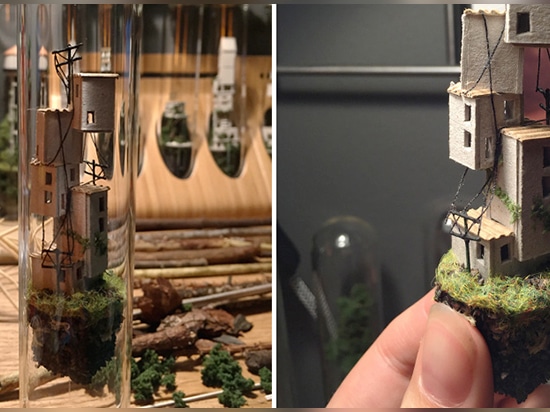