belgium-born and mumbai-based designer, architect, and lecturer dominik raskin has been working with 3D modeling and 3D printing for quite some time now.

his work brings into the tangible world objects that have a computer origin and shape. to create the ‘stone rug’, he referenced low poly art style, a method pretty popular around the web that was originally a 3D modeling technique that achieved fast render speed thanks to its polygonal resolution.

the ‘stone rug’ is made of a stone veneer which is a combination of a very thin stone layer with a fiberglass backing. this mixture makes for a strong and durable material, while maintaining the natural surface properties of a soft stone. for the rug, the veneer is laser cut and later on pasted into a cotton textile. the result is a surprising effect of geometric rock deformations with a natural topography created by the textile when folded. 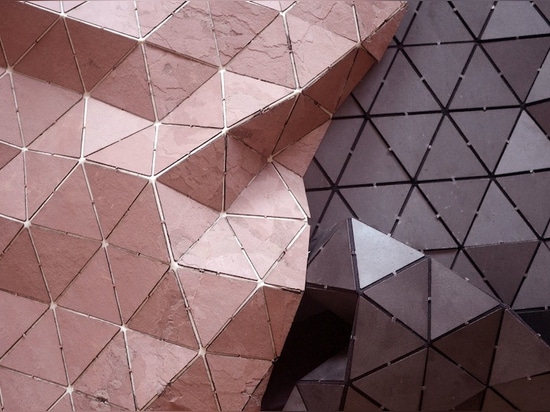 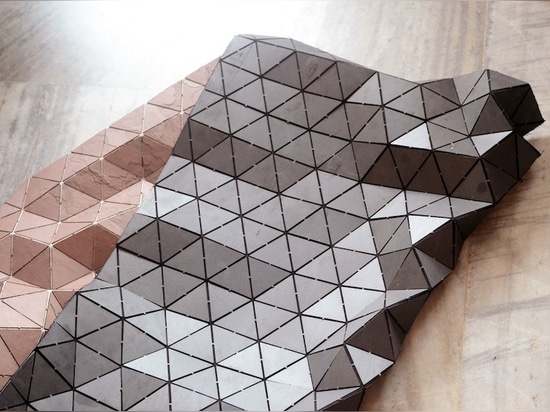 valleys and mountains are formed when the rug is folded 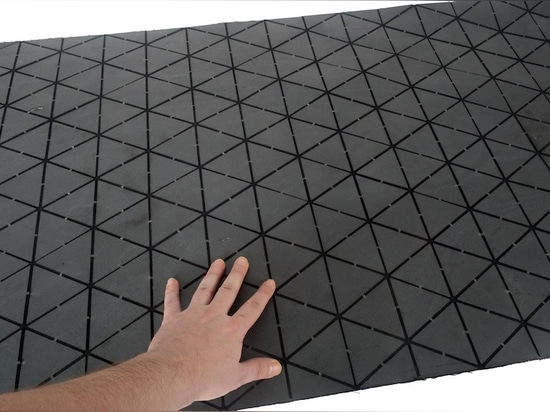 the rug has a slightly rough surface texture 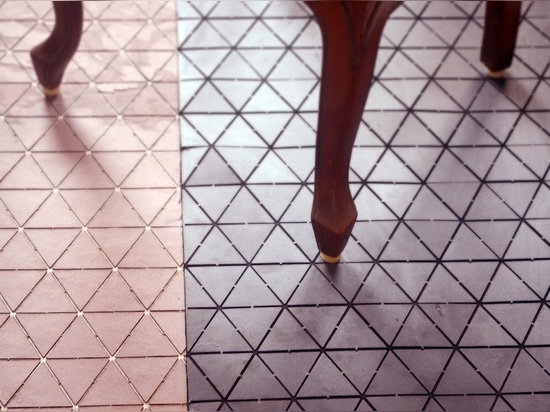 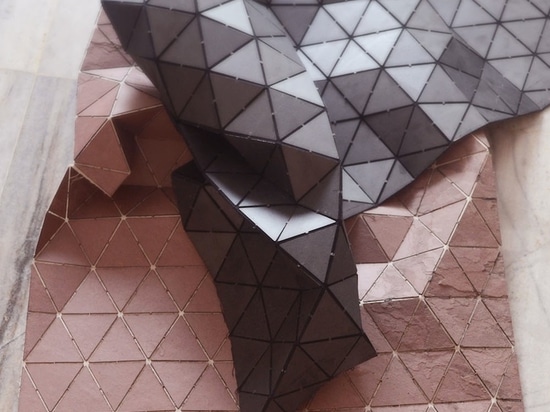 the stone rug can transform in endless forms when played with 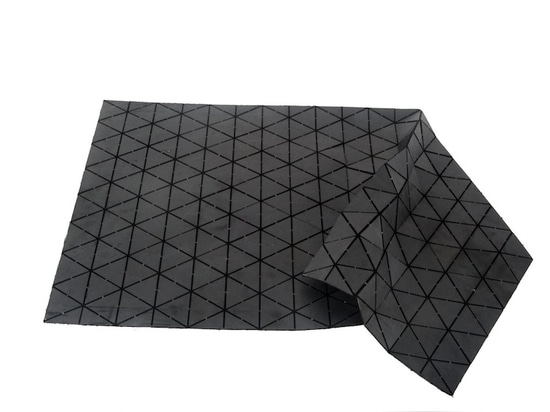