since 1997, A&W magazine has been annually acknowledging a creative working in the disciplines of architecture or design, who has made a substantial contribution to their field. presented on the occasion of imm cologne, the ‘A&W designer of the year’ is granted a large solo exhibition which takes visitors on a journey through their career development — spanning their most significant projects from the past and at current. the 2015 ‘A&W designer of the year’ is italian architect michele de lucchi (aMDL), whose portfolio of work ranges from small furniture objects, to involvement in several large museum projects across europe.

de lucchi studied architecture in florence, and upon graduation, joined a number of radical design groups, first with cavart in padua, followed by alchimia in milan, and then as a co-founder of memphis in 1980. over the course of his career he has conceived furniture for many established italian and european companies such as alias, alessi, artemide, baccarat, hermès, kartel, riva 1920 and sèvres. from 1992 to 2002, he served as the director of design for olivetti, and developed a number of experimental projects for compaq computers, philips, siemens and vitra.

the ferrara-born de lucchi’s architectural works have included the restoration of the triennale in milan, the interior design and graphics of the neues museum in berlin, and le gallerie d’italia piazza scala, in milan. more recently, he has been involved in a number of private and public projects in georgia, like the bridge of peace in tbilisi, and public service building in batumi; and is in the process of completing the ‘unicredit pavilion’ in milan which is set to open in summer of 2015, along with a number of structures for the upcoming expo.

michele de lucchi’s professional work is an explorative overlap of architecture, design, crafts and technology. from 2004, he began using a chainsaw to sculpt small wooden models in which he has developed the essence of his architectural style. these hand carved pieces formed the basis of his ‘A&W designer of the year’ exhibition, offering an overview of the artistic sensibility and technical rigor he possesses, which have defined his career.mowing the grass, bundling the hay, first in sheaves and then in haystacks are the steps in a traditional task that have fallen into disuse. the work nevertheless remains in our collective understanding as a symbol of the urge and the poetry of preparing for the future, for the cold winter months.

agorà is a 12-sided pavilion built of 12 identical wooden elements. it was designed for diverse purpose such as group discussions, project presentations, demonstrations, exhibitions and theater and music events that will be offered as part of [the milan] expo.’ – michele de lucchi, 2013 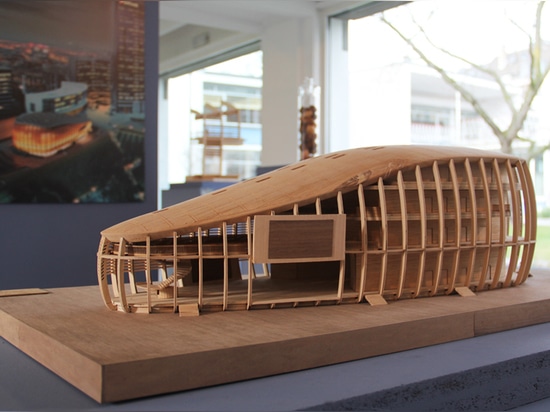 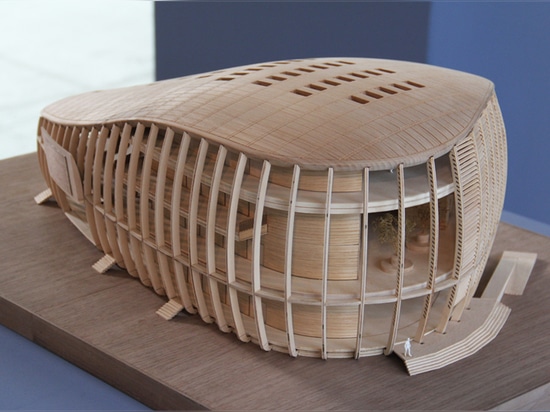 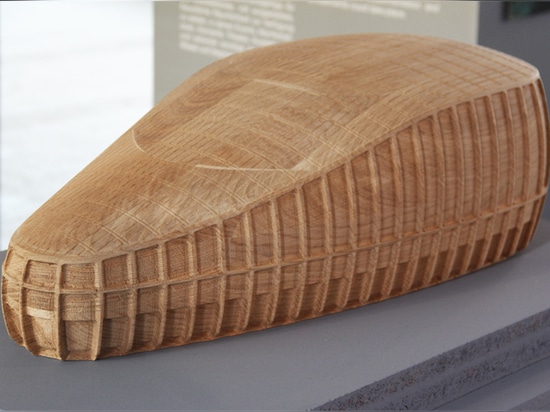 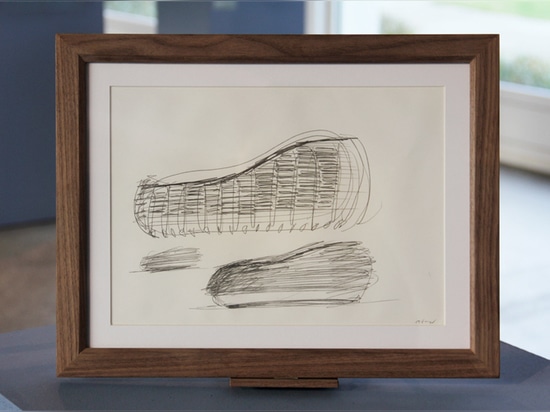 concept sketch of the unicredit pavilion by michele de lucchi, 2014 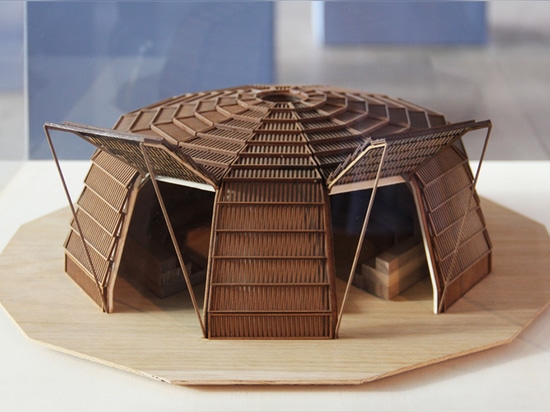 the haystack’ installation for the milan expo 2015 by aMDL wooden model scale 1:50 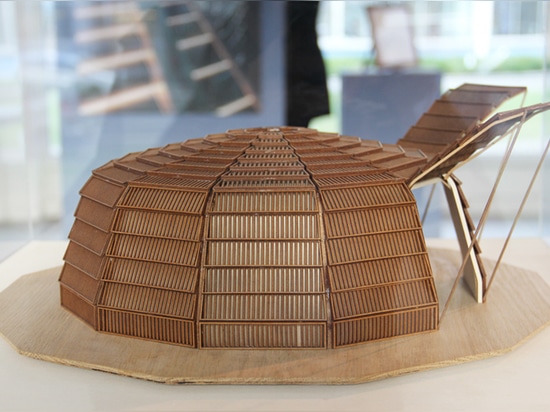 ‘the haystack’ is comprised of 12 identical wooden modules