Everybody wants to be an architect, right? Wrong. Believe it or not a few would-be-Rems get distracted along the road to concrete kudos and fall into new lines and patterns of work. In a new three-part series, in collaboration with our colleagues at Baunetz, we trace the careers of a few architects gone rogue. Allow us to present the Architecture Defectors...

First up is Claus Voigtmann who fell in love with London and its electronic music scene while interning with Zaha Hadid. Upon completing his degree in architecture in Munich, he returned to the English capital, where he worked for various architecture offices, before setting up the record label and club night Toi.Toi.Musik in 2010. Six years on, Voigtmann DJs in clubs around the world but is still not ready to completely forsake architecture; Katharina Sommer met up with him to find out why.

Claus, how did you, as an architect from Munich, come to launch a music career in London?

The city has an impressive electronic music scene, which I got to know by going out. At some point, I bought a turntable and started experimenting with it. At the time, my girlfriend Isis Salvaterra was working for an agency representing electronic music artists. The two of us started to organise small events for fun, which got bigger and more popular over the years. I DJ’ed there and quickly felt the urge to produce my own music. So I set up my own studio in London, taught myself to make music and then one thing led to another. It started off as a hobby, and still is – only now it’s a professional one.

How did you manage to get a foothold in the scene?

There are loads of event organisers in London trying to make a name for themselves. In contrast to many others, Isis and I were quite exacting with our setup – the sound and location always had to be perfect. Because of this perfectionism, our guests knew they could rely on us 100 percent and this enabled us to establish a small but loyal clubbing community. Mr. G, who is a kind of club legend, was a DJ at our parties. He liked what we were doing and gave us a nudge in the right direction. The first record that we produced was for Mr. G. Having his name on it was a good start. We were also lucky that everything went hand in hand. With myself as a DJ and the experience of Isis as an agent in the music scene, together we could run the label Toi.Toi.Musik and the events.

Now that your music career is a success, have you thought about giving up architecture?

Parallel to the music I have always worked in various firms as an architect. Architecture provides a counterbalance to my music and vice versa. But I did take a break from architecture for two years. At the time, I was working at a rather uncreative firm. When music gained the upper hand – I had long tours in North and South America and was spinning in Europe nearly every weekend – I could no longer reconcile the two and decided to focus on music full time.

What made you return to architecture after two years?

After a while, I realised that I did miss it – but I didn’t want to return to pure architecture. By chance, I found my dream job at Metaphor – which is why I started working again as an architect. Metaphor is a London-based practice that specialises in museums. They design everything from the buildings to business plans and exhibition concepts, down to the shape of the display cases. The owner is an architect who runs the company together with his wife, who is a writer. The work we do at Metaphor is highly conceptual and creative. Having a job at the architectural firm means that I don’t have to accept every gig and can instead seek out those that interest me. Because if you want to earn money solely as a musician, you have to spin nearly every weekend. Being is DJ is not something you can do forever. You’re pretty much out of the game at age 50, and I’m not 20 anymore. You have to think ahead.

Architect by day, DJ by night – how do you manage?

I share a studio with two others, and we work in shifts. I’m at the architecture firm during the day and then at the studio until midnight. Time in the studio feels less like work and more like relaxation. I’d rather be creative in the studio than sit down in front of the television all night, and I need the creative output. If I haven’t been in the studio for a while, it feels like something is missing.

How do your employers deal with it?

They knew from the start about my parallel career and were positive about it. They also appreciate that I want to work for them although, financially, it’s not a necessity. And that I’m interested in and enjoy the work. They know my tour dates and are very flexible in that respect. It was new for me that things could be so relaxed in architecture. Finding the company was a stroke of luck.

How does architecture influence your work as a music producer and DJ?

Architectural design is often about reduction. The music that I produce is also rather reduced and minimal. My approach is quite organised and relies strongly on software, you could say it’s somewhat geeky. In that respect, it has many similarities with architecture.

Your album covers and flyers are often inspired by architectural images – are you responsible for that?

With the label, Isis is responsible for the business side of things, while I handle the creative part. For example, the first two albums we released on Toi.Toi.Musik have laser-cut cover designs. I find inspiration in the things I am familiar with, which are often quite different from the music scene.

What role does architecture play in your selection of event locations?

As a musician, my first thought is where the loudspeakers should be placed, so that the sound is good. But we also use subtle directional lighting at our events that bring the space to life, which comes from thinking architecturally.

What kind of a space is best for playing music?

From a purely acoustic perspective, a small space with low ceilings is better, since the sound waves can reach the listener more quickly, as opposed to bouncing around like they do in larger spaces.

And your favourite club?

My favourite place to spin is at Fabric in London.

What is your outlook for this year?

Like every year, our largest event was in January. In April, I’ll be on tour in South America, which I am really looking forward to.

– Katharina Sommer is a journalist working in the field of architecture, interior design, and urbanism. She works as an editor at BauNetz, and maintains her freelance activity as a writer and journalist. She lives and works in Zurich and Berlin. 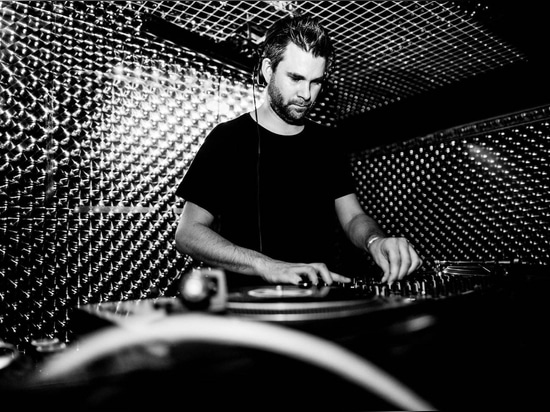 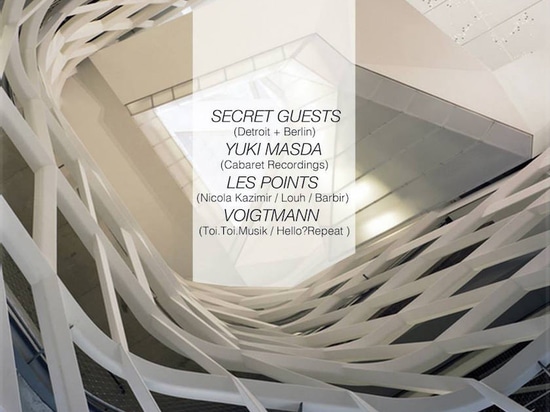 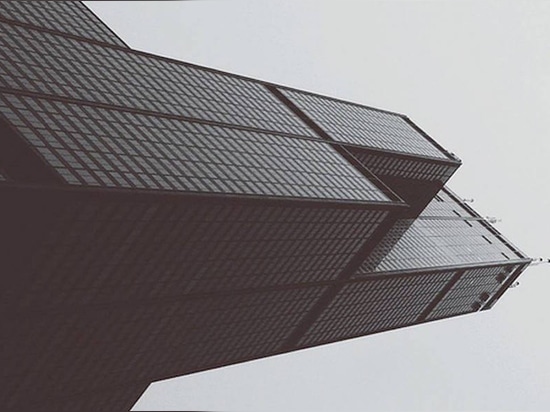 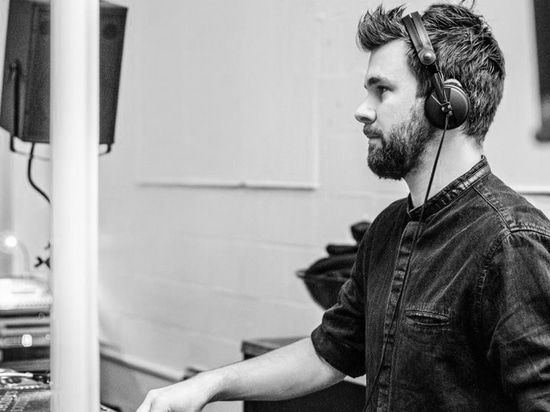 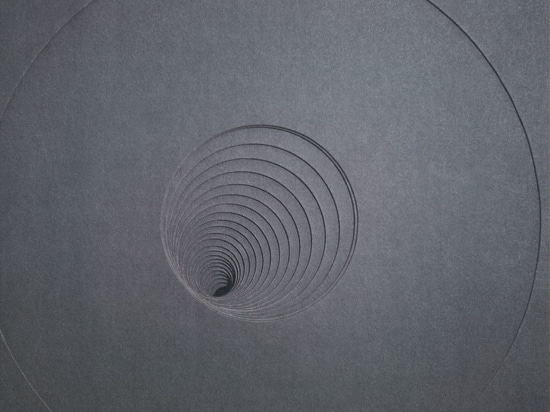 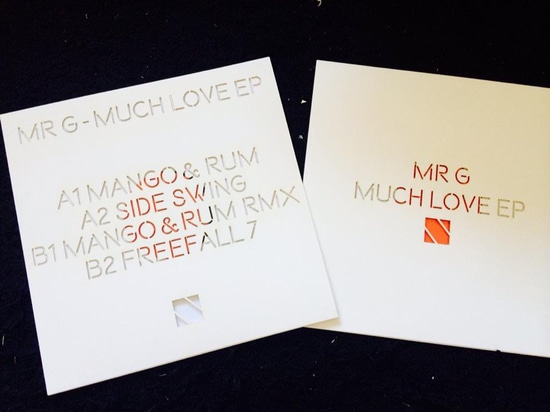