That most intangible, yet fundamental, of architectural elements – light – takes centre-stage across a number of recent beacon projects internationally.

Le Corbusier famously said that architecture was a game of ‘forms assembled in light’. The use of artificial lighting to enhance architectural form has grown increasingly popular in parallel with the rapid development of LED technologies. Four recent projects stand out for their innovative use of lighting; projects where lighting is used in a sophisticated way to enrich not just forms, but architectural concepts as well.

Zaha Hadid's Dongdaemun Design Plaza plays with light and shadow, turning LED lighting into a kind of paint on polished aluminium. The facades of this sinuous cultural complex in downtown Seoul are perforated in a way which animates the surface of the monolithic curves by providing glimpses of a backlit inner layer. The softly glowing effect that has been achieved is a testament to Hadid’s handling of sculptural form, here enhanced and almost ornamented by light itself, playing across her computer generated surfaces and offering a glimpse into a parametric future.

More conventional in its form, Philippe Chiambaretta’s Aeroville injects some much-needed style into the realm of airport business parks, adding a high-end shopping complex to the outskirts of Charles de Gaulle Airport in Paris. A ‘monogrammed’ façade, inspired by those of fashion outlets, is lit in such a way as to create an ephemeral, layered veil to the otherwise restrained modernist volumes. The delicacy of the lighting operation here is impressive: despite its regularity, the light plays across the two layers of glass and the fixtures in between to create a three dimensional, almost holographic effect, which adds a feeling of luxury to an otherwise functional complex.

Much more modest in scale, BIG’s Gammel Hellerup Gymnasium in Denmark is a restrained, almost hidden building, which uses signature lighting installations to enhance its childlike simplicity. A timber covered ‘mound’ hides a partially underground multipurpose gathering and sports hall. On this gently curving dome, which occupies the central courtyard of an existing school, groups of small metal chairs, stools and benches punctuate the smooth timber surface of the sloping ground. Each stool contains a cleverly concealed down lighter, and the seats form natural gathering points for the school’s children. These playfully scattered pieces of furniture create a highly stylised, minimalist playground made of elegant white enamel, which is highlighted by the integrated lighting in an almost graphical way.

Also in Denmark, The Roskilde Waste to Energy Plant, designed by Dutch architect Erick van Egeraat, is a feat of modern technology. Recycling waste to create sustainable energy, this beacon for the town of Roskilde provides a symbolic, as well as technical function, due to its height and visibility. Erick van Egeraat’s ingenious solution is a perforated façade, which allows a multitude of different colours to show through laser cut holes of varying sizes. The building’s façade becomes a highly contemporary, almost pixelated, screen at night, which can be animated with colours and patterns. In a country where sustainability is taken extremely seriously, this secular glowing spire offers an iconic twist to the city’s skyline, and a contemporary take on stained glass windows.

Each of these projects demonstrates a unique way of using lighting to enhance architectural form: the softly glowing futurism of Dongdaemun Design Plaza; Aeroville’s exquisite, jewel box like façade; the playful graphical installations at Gammel Hellerup; and the prominent, symbolic tower of the Waste to Energy plant. Regardless of scale, context, or function, artificial lighting has enormous contributions to make to the feeling of a building. 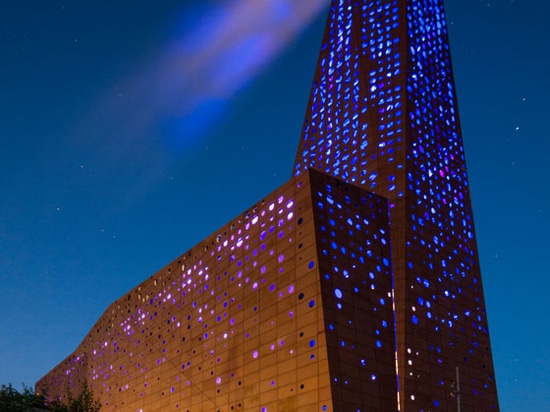 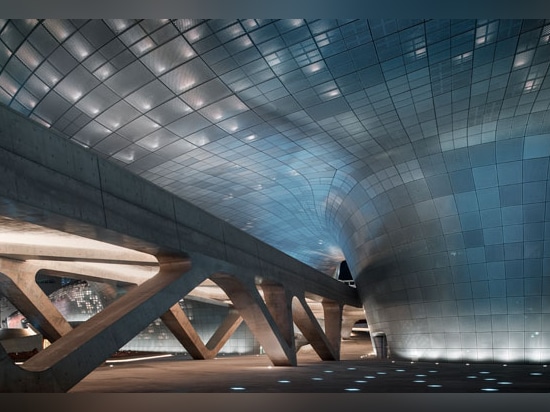 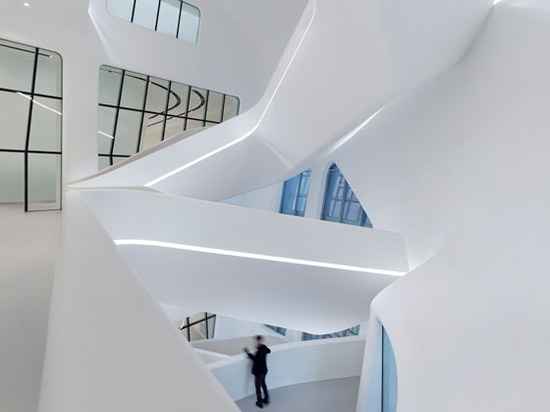 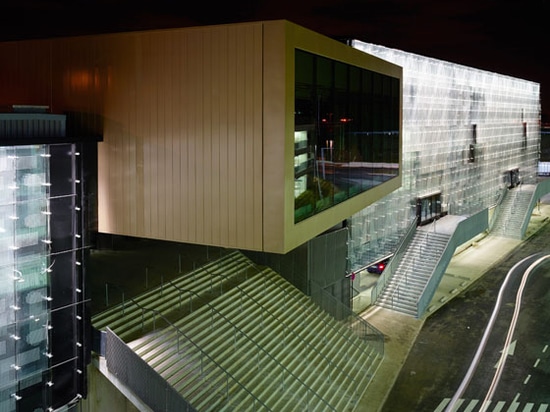 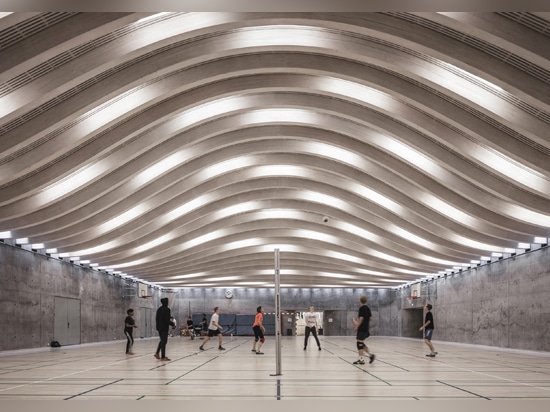 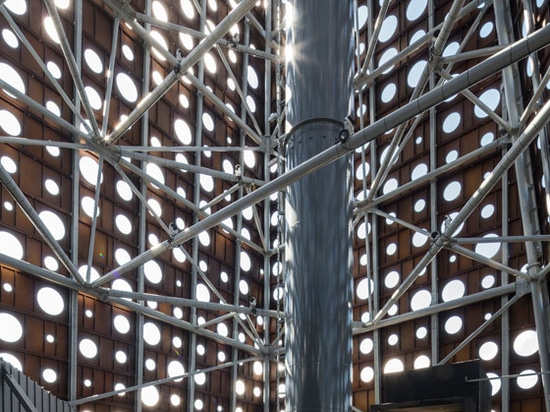