“God didn’t create people with sharp edges; our bodies are rounded. Therefore nothing I design is sharp, everything flows.” In a nutshell, that’s how world-renowned Greek goldsmith, Minas, described his design principles to us when Costas Voyatzis and I were recently invited to visit his flagship store in Athens.

“I always focus on the existence of harmony and ask myself ‘Why?’ I’m making something.” And it is this surprisingly simple question that perfectly encompasses the celebrated goldsmith’s recognisable and impressive life’s work.

As we sat on a carved bench beside a large, smooth wooden table (which he designed), Minas shared how, as a child, he was always creative. He would put pencil to paper and draw everything he could, depicting objects from all angles. “Like computers do today,” he said enthusiastically. Not that he uses them. “I don’t even know how to turn one on! I design with my eyes and my hands; I’m old-school,” he told us before proudly revealing that he’s 78 years young.

In 1953 Minas joined the Royal Court jeweller, Vourakis where he tells us: “We made tiaras for Queen Freideriki and jewellery for the Niarchos and Onassis families.” Unfortunately, he doesn’t have an archive from back then due to the fact that everything he produced was made under the Vourakis label. As far as influences go, he’s always admired the ancient Greek sculptor, Pheidias. “But I never met him,” he deadpanned. As for his peers in the industry, he’s always looked up to: “Renee Lalique was amazing, as was Georg Jensen. They were true gold and silver smiths!” In fact, Minas spent nine years designing his label under the auspices of Georg Jensen which was then sold worldwide in the approximately 1,100 Georg Jensen stores. The collaboration was a prolific one for both parties and Minas’ labelled designs sold more than all the other Georg Jensen pieces combined, something that Minas shared with us while guiding us through the pages of a very hefty photo album showcasing stunning images of his label’s past and present items.

In 1999 the Jensen label hosted solo exhibits of Minas’ designs in their flagship stores in New York, London and Paris which further established Minas’ work and worldwide influence. With increasing pressure to move his production from Athens to Copenhagen, Minas was truly conflicted for a long while, as he searched for the best answer to his dilemma: should he stay with Jensen or go out on his own? The clarity he was seeking finally came from an unlikely source—Keith Richards. Minas and Richards started out as mutual fans of each other’s work and evolved to being good friends. To note: Richards sports Minas’ limited edition (and no longer available) silver watch in the portrait photo of his autobiography.

“I was at Keith’s house in Connecticut,” Minas shared as he settled into storytelling mode. “When Keith asked me how my business was doing, something told me that I should tell him that I was being pressured by Georg Jensen to take the production of my label to Denmark. Keith called out to his wife, Patti, with a laugh and said, ‘Patti, Minas is being asked to send his master tapes to Denmark!’ And that’s when it hit me,” Minas told us with the wide eyes of someone who was reliving the revealing moment. “Musicians never give their master tapes to anyone. As a goldsmith, giving my moulds to the studio in Denmark would be the same as if I was giving away my master tapes.” After coming to this decision in 2000, Minas went on to operate and sell his label privately from his stores in Athens and Mykonos with the addition of a London store in December 2015.

As what can only be described as a richly designed showcase, each element —from the façade and glass of the windows, to the marble border on the wood floors and the ebony door handle— in the London store was designed by the goldsmith himself and made entirely in Greece. “It’s a bit of Greece on 11 Knightsbridge Green,” Minas tells us with a wink despite the fact that setting up the store was a painstaking process: It took three trucks an entire week to transfer all of the store’s components up to London where they were assembled on-site.

Minas is evidently proud of continuously retaining production in the land of his birth and in the high standards that he attains—every item is still designed, hand-made and hand-signed by him—while the quality of his metals go above and beyond international standards. As he uses.930 silver instead of .925 while the gold that he uses isn’t merely 18kt but 18.5kt.

The other thing Minas is especially proud of is that his two sons, Arion and Promitheas, have also joined the company. Arion is based in London while his other son Promitheas is based at the studio in Athens. “It was their own decision,” Minas tells, his father’s delight very much evident when Promitheas stopped by the store to meet us before going to the studio that morning.However, to call Minas simply a goldsmith would be limiting the scope of his work which includes unique furniture and design items, drawings and even architecture. Evidently a source of creativity, Minas designed the well-known, eclectic, nightlife spot, Astra, on the island of Mykonos, as well as his own whitewashed home.

Something Costas and I noticed as we walked around the displays of sculptural, organic jewellery and design items is the common, identifiable design thread running through all of Minas’ work. “To [have one’s art] be recognizable is a great achievement for any artist,” Minas graciously agreed when we mentioned it to him. “Although it’s not something I planned—it was innate—I do believe that my designs have that element.”As Keith Richards once told him: “I was talking to Keith one day when he turned to me and said, ‘Minas, you make music with shapes’.” Costas and I had to admit that we couldn’t have agreed more. 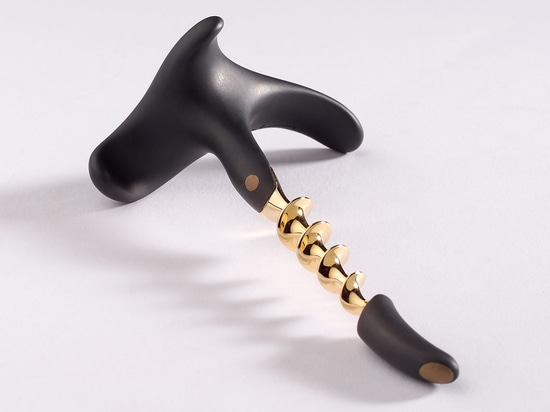 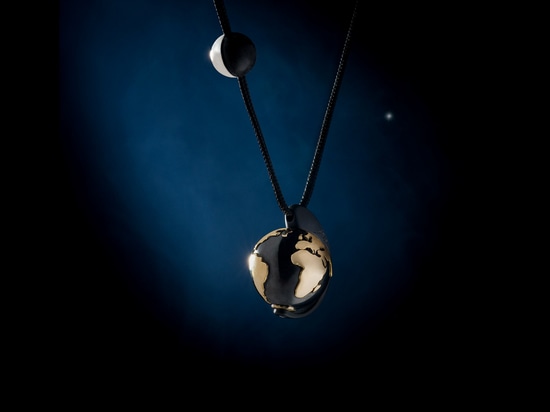 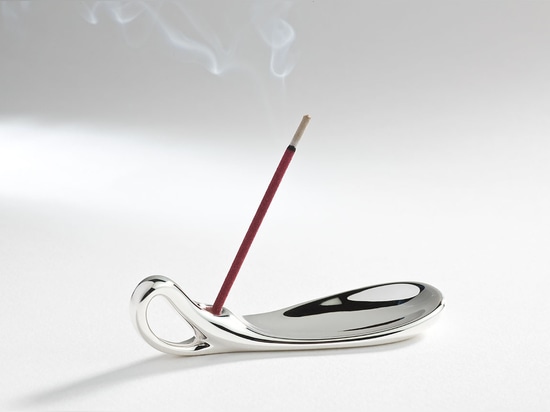 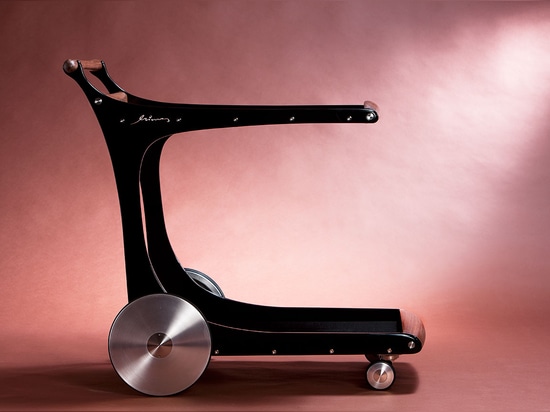 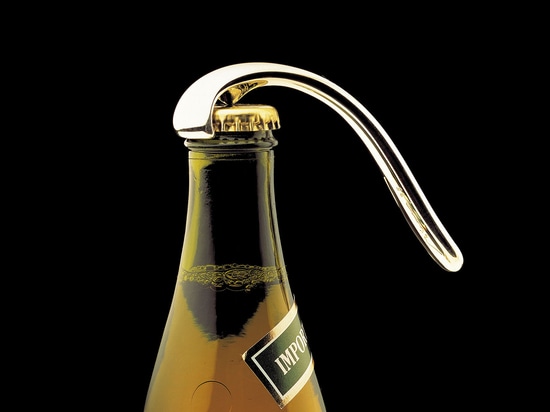 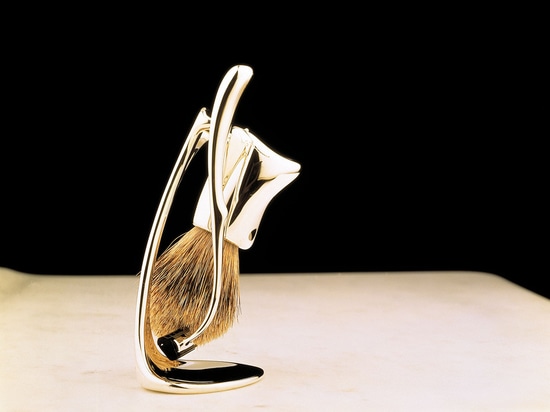