In an age where historic London landmarks habitually make way for contemporary upgrades, Café Monico is a refreshing amalgamation of the city’s old and new.

Inspired by the first Café Monico, which was established in 1877 and was also located in the heart of Theatreland, on London’s Shaftsbury Avenue, the 2016 incarnation is true to the original and the latest offering from the relentless Soho House group.

Collaborating with chef Rowley Leigh — of Le Cafe Anglais fame — the restaurant is a clear step away from the group’s recent expansions of its relaxed Chicken Shop brand and an altogether more sophisticated affair, reminiscent of its more classic venues, like Dean Street Townhouse. Here, French-Italian flavours are brought to the fore in dishes such as mackerel vin blanc, pastas, and Leigh’s signature parmesan custard with anchovy toast, all presented on a menu that also features lighter bites like salumi and multiple variations of the egg.

It’s all served up in a noteworthy room conceptualised by Soho House’s in-house design team who have paired green leather banquettes with oak panelled walls and reclaimed timber herringbone parquet for a classic European brasserie feel. A mezzanine level offers the illusion of a sunken bar and treats diners to a theatrical view of staff artfully concocting tipples like the ‘Café Monico Cobbler’, a mixture of Hendricks gin, rinquinquin and dubonnet. Under the antique glass and brass chandelier — sourced from Amsterdam — and on this particular stretch in the capital, the dramatics couldn’t be more apt. 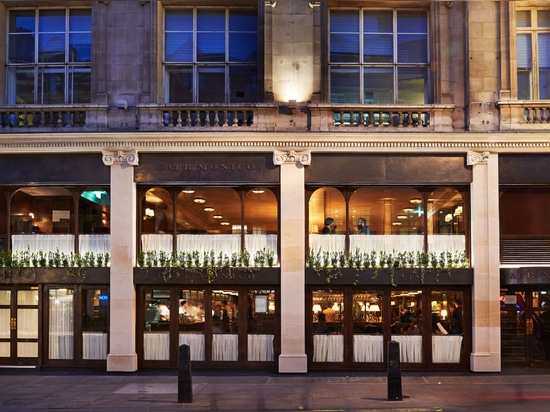 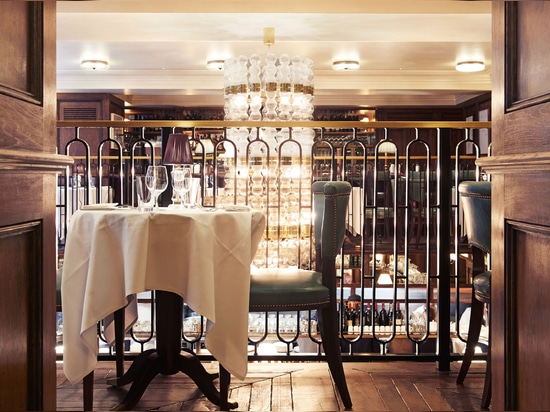 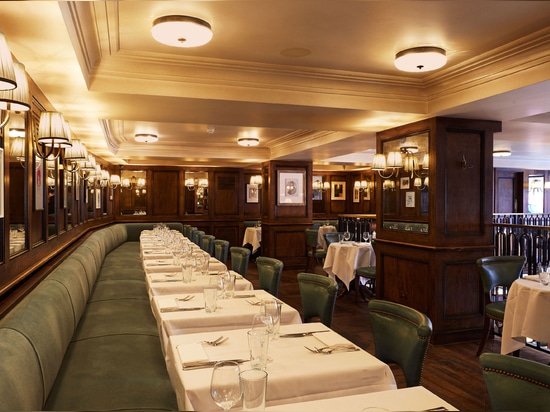