In recent years, the relatively serene Howard Street has blossomed into a design mecca right in the heart of SoHo

Lined with an assemblage of niche boutiques ranging from Opening Ceremony to the newly opened New York outpost of BDDW’s M Crow general store, the area just north of Canal Street now welcomes another worthy addition in the form of 11 Howard, the latest hospitality venture of real estate magnate Aby Rosen, the owner of properties such as the Gramercy Park Hotel and the Seagram Building.

11 Howard’s slick blend of a Scandinavian design sensibility and a distinctly New York personality is clear from the moment guests step through the door. In the bleached oak lobby, statuesque bespoke furniture complements a mobile by Alexander Calder suspended from the 15ft-high ceiling. To the right, a design gallery/boutique hybrid full of collectibles, the first US outpost of Copenhagen’s Studio Oliver Gustav, overseen by the Danish interior designer, stands in place of the usual hotel gift shop. On the left, a blackened steel spiral staircase with a leather-covered banister leads up to the bar and library, with furniture from Rick Owens and Vincenzo De Cotiis, and artwork by Hiroshi Sugimoto.

The hotel’s 221 rooms have an individual charm, thanks to the building’s irregular floor plan, the legacy of a previous life as a more higgledy-piggledy hotel. All feature beds, credenzas, desks and armoires designed by Space Copenhagen and Andrei and handcrafted in Denmark in collaboration with brands such as Gubi, Mads Raaschou and &Tradition. There are toiletries by Grown Alchemist and Glossier in the marble bathrooms, and a choice of healthy snacks in the minibar. The Terrace Suite, in particular, is a real urban oasis with its wrap-around deck. ‘There are certain standards and expectations from being in New York that you try to be aware of,’ explain the designers. ‘It’s a specific New Yorker state of mind with a northern European filtering of the actual design choices.’

With the hotel’s attractions also including less familiar views of lower Manhattan,a modern French restaurant next door conceived by restaurateur Stephen Starr, and Boosted electric skateboards for guests to explore the area, 11 Howard is a distinctive but distinctly downtown new draw. 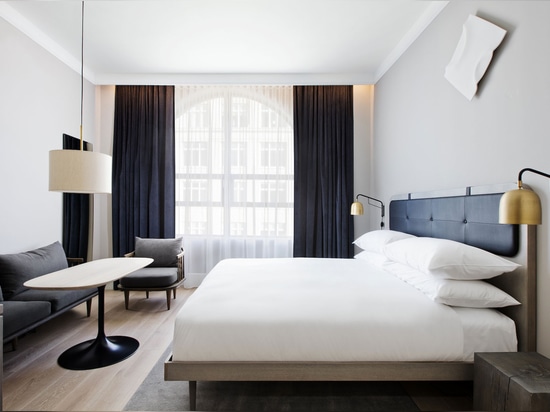 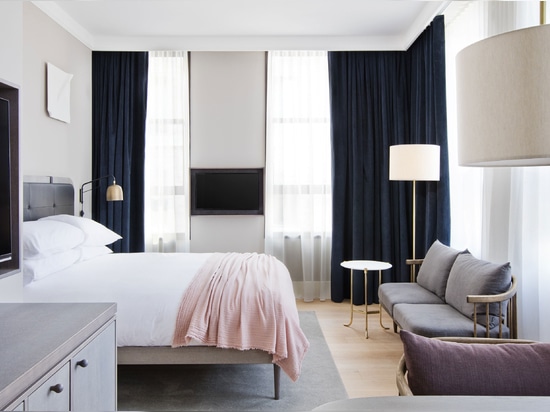 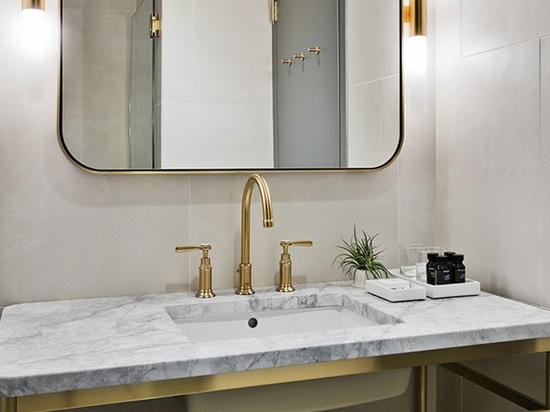 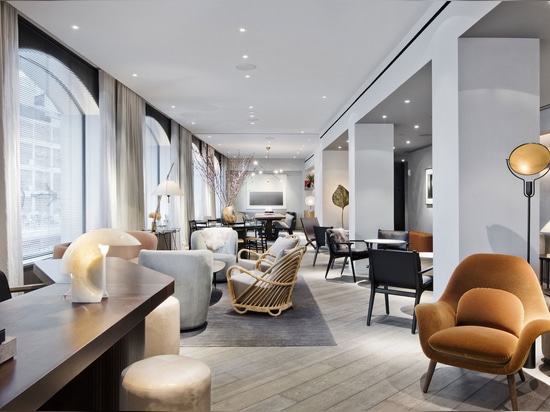 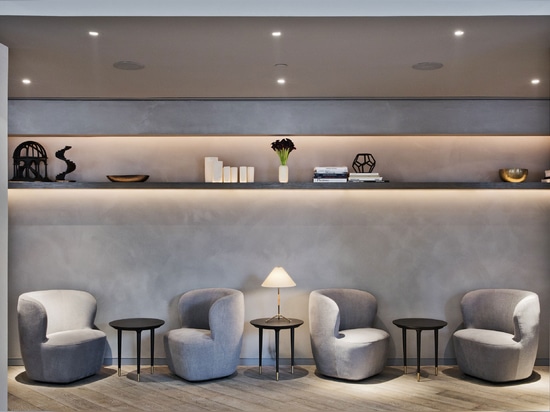