The Rafael Uribe Uribe Existe series shows the famous New York art museum slotted amongst the ramshackle houses and industrial buildings of a community south of Bogotá, which Enrich said had become alienated in the wake of mass immigration and drug feuds.

By collaging two sets of images, the digital artist – who often distorts architectural photographs to create impossible views – aims to highlight the striking contrasts between North and South America.

He hopes the series will help the area's younger generations recognise the importance of their heritage. In this essay, he describes his thought process.

The photographic project Rafael Uribe Uribe Existe (RUUE) emerges from the direct observation of an urban area located a few miles south from downtown Bogotá, named after an important Colombian liberal leader from the turn of the 20th century.

Considering Rafael Uribe Uribe a suburb would be a mistake. It is actually bigger and more populous than many mid-­sized European cities. But it represents only a fragment of the southern urban ring of Bogotá, which also includes San Cristóbal, Usme and Ciudad Bolívar.

This urban conglomerate spreads over plains and hills, but it is in the hills where the living conditions are the worst, due to the poor quality of the self-constructed housing, as well as the instability of the soil.

Paradoxically, the proximity of these areas to the nearby mountains – a 3,350-metre-high range belonging to the Andes – makes the air much more breathable than in any other location inside the metropolis.

Even though these places already existed 100 years ago, their population began to boom during the second half of the 20th century, as a result of a massive and uncontrolled migration of a Colombian post­-rural social stratum.

People whose ancestors had lived for centuries in villages were forced to flee in order to avoid finding themselves in the middle of a crossfire among several forces that wanted to take control of the drug business: the corrupted army, the extreme right-wing paramilitary and the extreme left-wing guerrillas.

This migration phenomena wouldn't present many differences from other rural-to-urban migration cases, but in this case there was a total lack of management by the government. People felt completely on their own, and the only ones helping those in need of education or other assistance were a handful of NGOs. Many locals struggled each day to find a way to survive, and many of them fell into felonies, contributing to the insecurity of the place.

One of the saddest consequences of this situation is that most of the habits and traditions that these people brought from the countryside are being forgotten, especially by the youngest generation, who see them as obstacles to their social aspirations. They are a people whose feeling of belonging is degenerating into alienation, triggered by the moment they made contact with the Bogotan cultural maelstrom.

My first impression when arriving at the site was that it is a very lively place, but full of contradictions – contradictions that affect many aspects of the everyday life, but that are very visually appealing to the eyes of a photographer.

For instance, one can outline the cohabitation of two aesthetics that are in opposition to one another. First there are the aesthetics of the dominant construction systems used for the housing – the result of constantly evolving methods of self construction, where 30- by 20-centimetre clay bricks and corrugated plates are the main characters. Secondly there are the calculated aesthetics of clothing chosen by the youngest occupants of those same houses, clothes that act as a set of codes to determine who's who in the street jungle.

One interesting thing about these two aesthetics is that, while the providers of the former one can mostly be found onsite, those of the latter can only be found in Bogotá's downtown. This helps to explain why many of the local youngsters want to get rid of the southern moods, leave the place, move a few miles north and build a new identity.

This situation makes the place act as a sort of unwanted and indefinite stop­over for many people. It is a reality that doesn't help in the maintenance of identity, and is the most heartbreaking to me. Once this transitional movement towards the western world is over, the already threatened identity of the people of Rafael Uribe Uribe, and all its nuances, will be lost forever.

Facing this probable outcome, I considered it mandatory to intervene in a way that might hinder this correlation of events.

My aim is to focus on the actual contrast between the North and South American imagination, which is compellingly manifested in the streets of Rafael Uribe Uribe. This reality is symbolically represented by the insertion of an important North American landmark – the Guggenheim Museum of New York.

The intervention had to bring the city of Rafael Uribe Uribe, and its internal dynamics, to a central point of debate, as a representative of many suburban Latin American cities.

The insertion of the Guggenheim Museum aids in the magnification of the differences between the two worlds.

The cities of the world that have succeeded in keeping a certain amount of quality of life are actually those who have made efforts to protect the differences between the several communities living in them. They have done this by enhancing interactions between communities, instead of just letting them vanish. 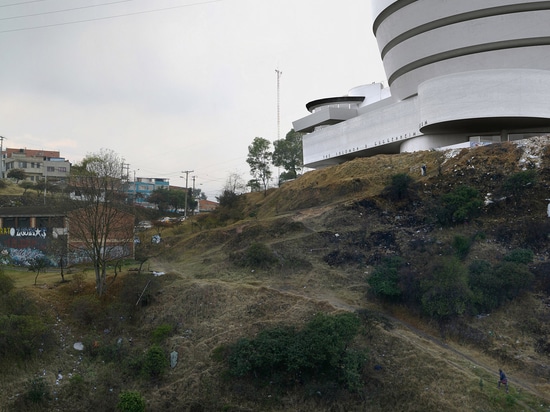 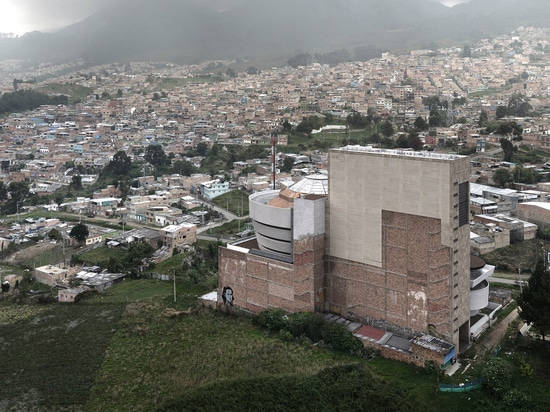 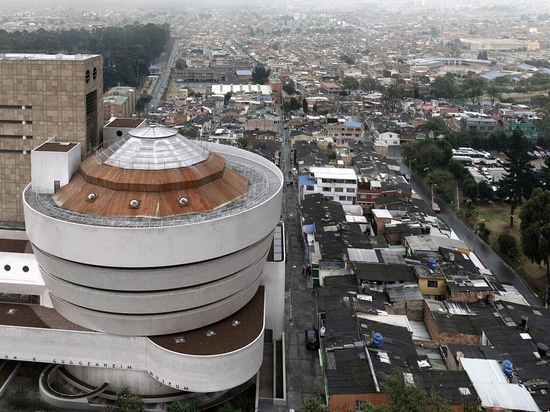 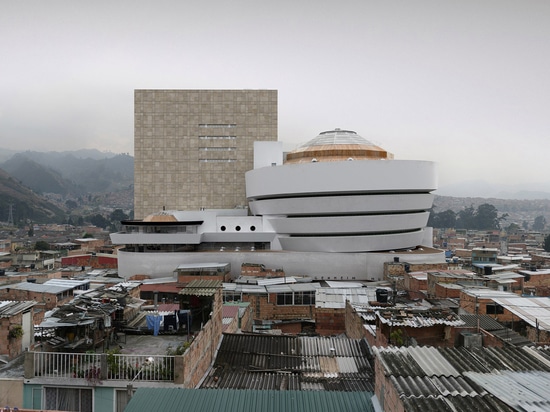 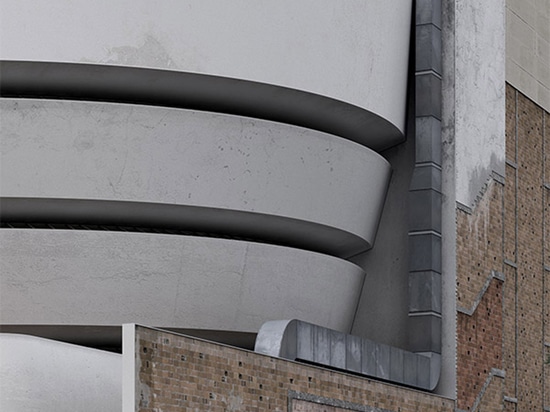 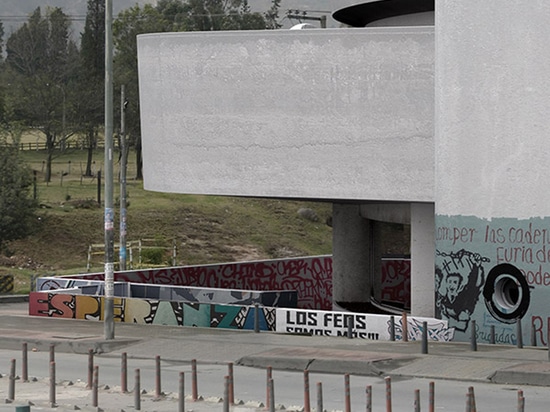