According to the brand, the pieces combine "the craftsmanship typical of Danish classical furniture with the conceptual process typical of Italian design".

The Voyage chair features tapered wooden legs, in either natural or black stained maple. The leather seat is stretched across the framework of the chair, and can be taken on and off like "a close-fitting dress".

"The clear 1950s-inspired contour animates it, providing it with diverse perspectives from all points of view," said Porro, which also has lighting designed by Front in its collection.

GamFratesi's Collector desk is made from a minimal metal support with an applewood top. Shelving is hung at either end of the furniture, which Porro said is designed for "a retro-style study area".

Founded by Stine Gam and Enrico Fratesi, the studio first collaborated with the brand in 2015 when they designed the Traveller daybed, which featured stretched leather sides wrapped around a metal framework with V-shaped supports. According to Porro, the furniture was intended to embody the "spirit of old travellers" with its saddle-like sides.

As part of the celebrations for the brand's 90th anniversary this year, it has also partnered with Swedish studio Front on a bucket seat dining chair that appears to have made from a single piece of draped fabric.

GamFratesi showed new work at this year's Salone del Mobile furniture fair, which took place from 12 to 17 April 2016 in Milan. Also during the city's design week, the studio created an installation of spinning carpet-covered podiums for an exhibition of Danish design.

GamFratesi has also designed a collection of steam-bent furniture for Gebrüder Thonet Vienna, which featured patterned cane panels, and a range of spun brass trays with leather surfaces for Swedish company Skultuna. 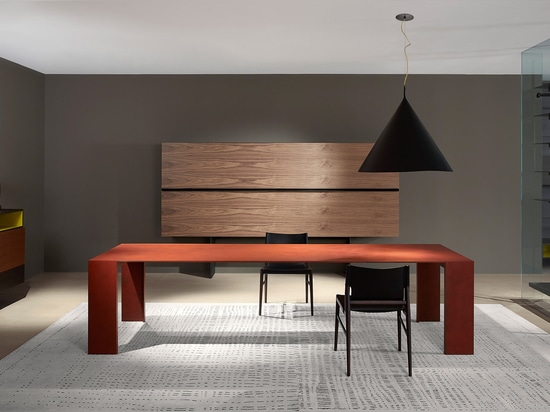 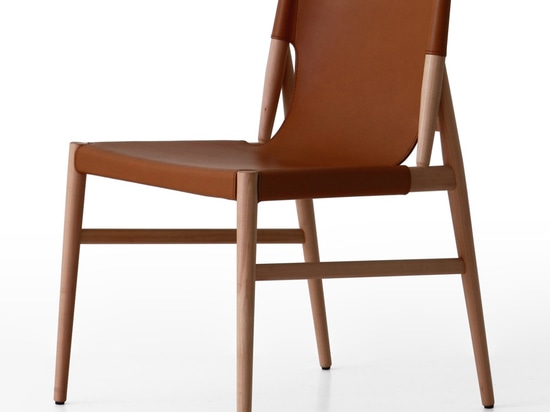 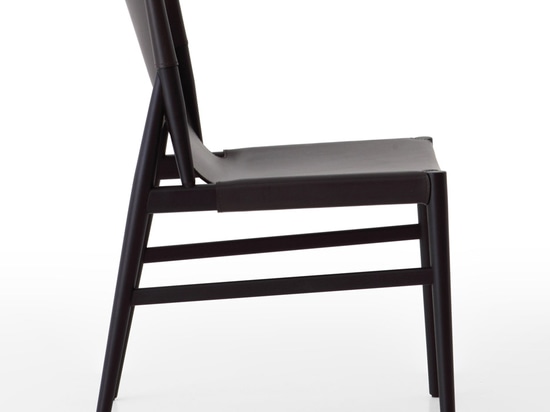 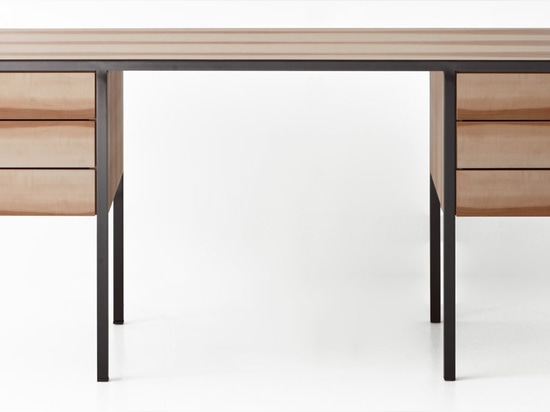 GamFratesi's Collector desk has shelving hung on either side 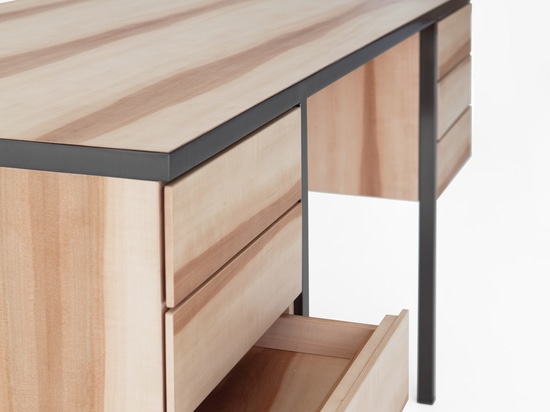 The duo's Collector desk is made from a minimal metal support 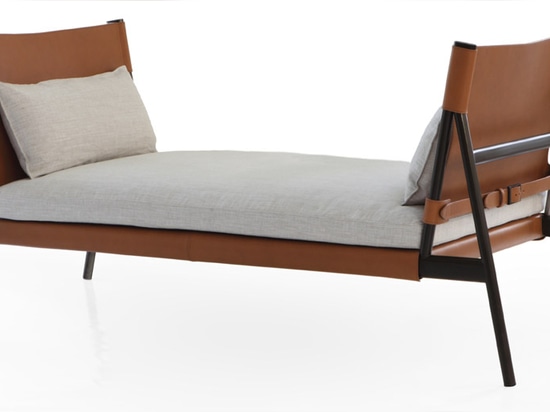 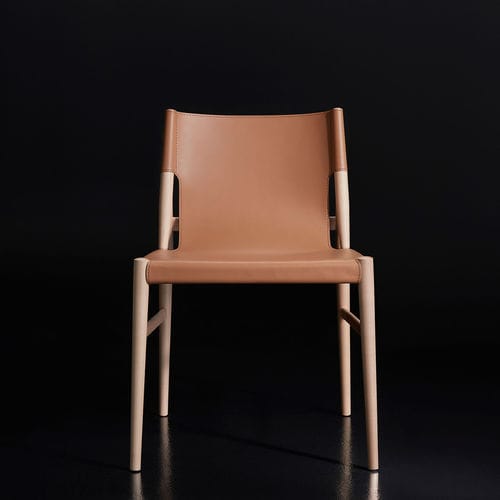