Nendo named Designer of the Year for Maison&Objet 2015

Japanese design studio Nendo has been awarded the Designer of the Year title for this year's Maison&Objet and will create a "chocolate lounge" at the Paris trade fair.

Following a prolific 2014 – which saw Nendo design ranges for Disney as well as eyewear, umbrellas, furniture, shirts, and interiors – the studio founded by designer Oki Sato has been named as this year's recipient of the Maison&Objet Designer of the Year accolade.Nendo was asked to design a lounge for visitors to the upcoming edition of the biannual furniture and interiors show later this month. The studio has also created a range of nine chocolates moulded into unusual shapes within a 26-millimetre cube.

"Cocoa's country of origin, kind, percentage content, technique of the chocolatier's, the flavours inside... There are many factors that determine a chocolate's taste," said Nendo, which has previously released a set of chocolate pencils.

"In coming up with a new chocolate concept, we turned our attention not to such factors, but to the chocolate's shape."

The Chocolatexture collection includes treats with pointed tips, hollow interiors and rough textures. One of the cubes is constructed from a frame of chocolate sticks, while another is formed into spikes."The distinctive textures create different tastes," Nendo said.

A limited edition of 400 boxes will be for sale at the lounge, where visitors will be able to sample the sweets.

The space will be furnished with Nendo's previous seat designs for brands including Cappellini, Desalto, Glas Italia, Emeco, Offecct and Moroso.These chairs will be custom-coloured to match the chocolates and surrounded by 2,000 aluminium pipes, each painted in brown gradations to different heights to form "a rippling large molten chocolate wave".

"The Chocolatexture Lounge is neither a cafe, nor an exhibition, nor an installation, but a place to experience and enjoy Nendo through the five senses," said the designers.

Previous recipient's of Maison & Object's Designer of the Year award have included Tom Dixon, Barber and Osgerby and the Campana brothers. 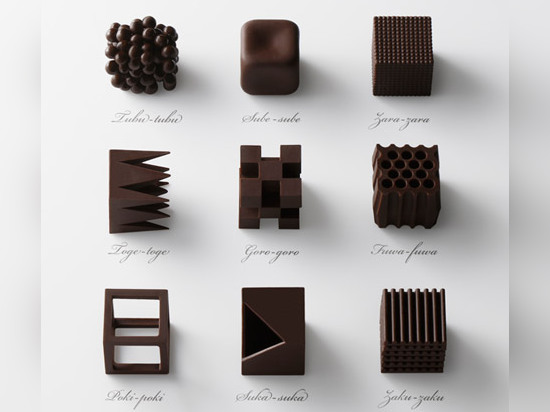 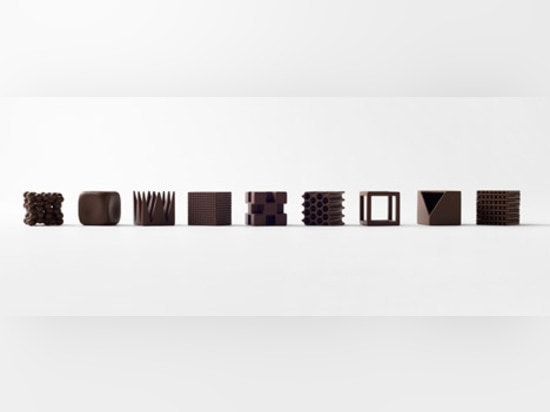 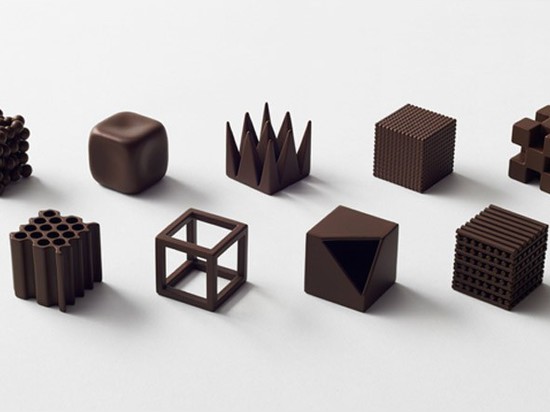