Finn Juhl is considered one of the leading figures in 20th-century Danish design, alongside Hans J Wegner, Poul Kjaerholm and Arne Jacobsen.

His furniture designs – recognized for their softer shapes than his fellow Modernists – are now produced by Danish company Onecollection under the brand House of Finn Juhl, which is organizing the exhibition of his work in Paris.

The exhibition at Bon Marché Rive Gauche will include the 1953 Reading Chair and a special edition of the Pelican Chair, both due to be launched during Milan design week next month.

Originally designed in 1953 for Danish manufacturer Bovirke, the Reading Chair is made in oak with the back and frame in either teak or walnut – a black-stained version is also available. The seat is upholstered with fabric or leather.

"The chair is called Reading Chair because of the horizontal frame, ending the back," said a statement from the House of Finn Juhl Paris. "The Reading Chair is very comfortable and allows many seating possibilities, which is typical for Finn Juhl's furniture. You can even sit backwards on the chair resting the arms on the frame."Designed in 1940, Finn Juhl's original Pelican chair is typified by its exaggerated lobe-shaped wings on either side of its backrest. It also features an angled seat and four short, cylindrical wooden legs, and has become a mid-century design classic.

"The small organic armchair has won the hearts of several generations, who prize its comfort and sensuality," said the House of Finn Juhl, Paris.The new special edition of the design is upholstered with a fabric produced by textile manufacturer Domicileculture. Its pattern is taking from a 1942 painting called Macbeth by Danish artist Asger Jorn, who worked with Le Corbusier. "This spontaneous and joyful entanglement of motifs called Macbeth was most likely the sketch for a painting," said a statement from the brand.

The exhibition – produced in partnership with French distributor Galerie Triode – will run from 1 to 30 April. This coincides with the launch of the two chairs at Milan design week, taking place from 14 to 19 of the same month. 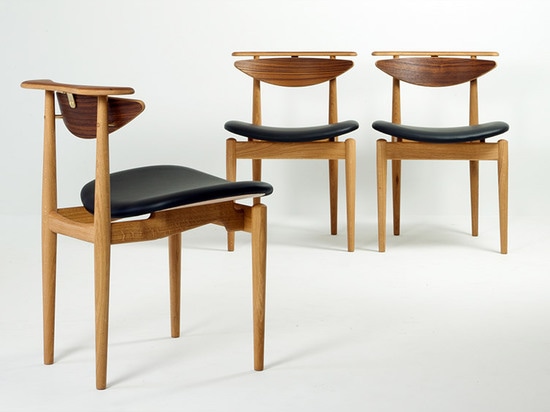 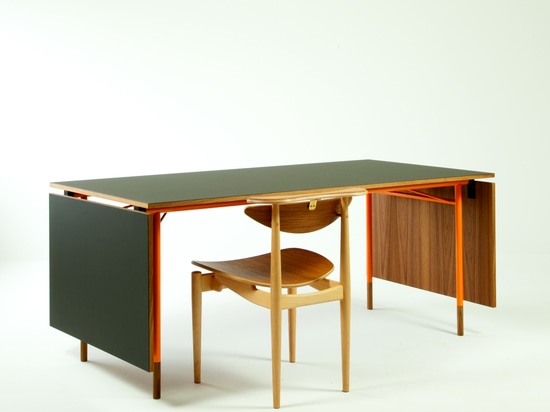 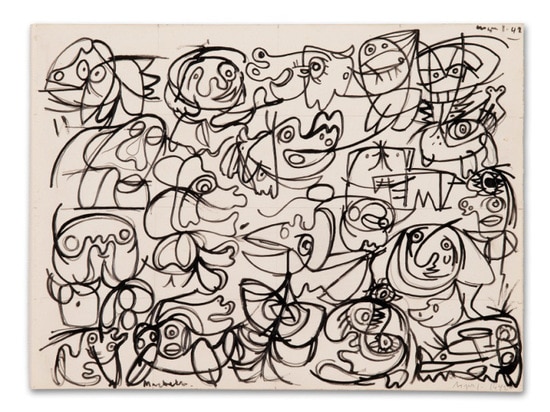 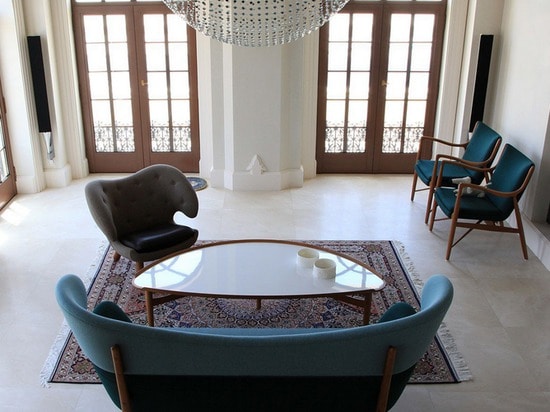 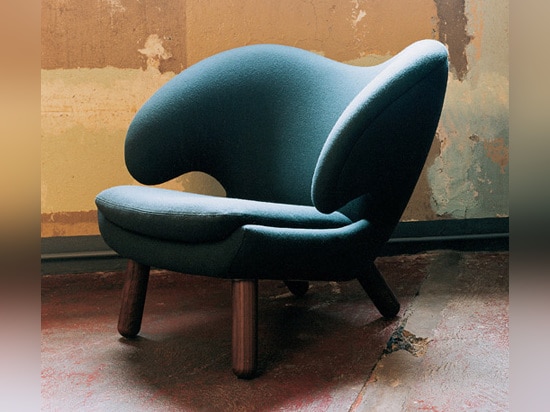