Is on show at the Musée des Arts Décoratifs, in Paris, a broad survey of Roger Tallon‘s work, well known for his work on moving objects and for the extreme coherence of his design.

The industrial designer Roger Tallon, who passed away in 2011, bequeathed his archives to the Musée des Arts décoratifs in Paris, which has decided to pay tribute to him with an institutional exhibition that offers an opportunity to re-examine his work but which only upon closer examination outlines an analysis on the great austerity of his career.

With a widespread yet discreet legacy and the practice of extremely coherent design, Roger Tallon unquestionably offered post-war French society a reflection without frills as well as the chance to stray from a system where fashion is its most pivotal aspect.

It’s bold to say but Tallon took the way of timeless simplicity, running the risk of residual blandness from his realist work. He was so undoubtedly in love with the discipline in a strict sense that the simplifications of French journalists and descriptions of his work tend to label him as the anti-Philippe Stark. There’s no doubt that Tallon’s discretion and style do not offer by-products, or even a variety of objects with an explosive iconicity but rather access to an industrial design practice that hardly distances itself from a strictly institutional way of thinking. It would probably be useful to set aside the fact that early on in his career he was the technical and commercial communication coordinator for companies like Caterpillar or Dupont and that from 1953 to 1973 he also worked with the Technès design agency, with the idea that “you buy based on looks” so beloved during the economic boom years.

He was the first to teach an industrial design course in France and the first to open a School of Design at the École nationale supérieure des Arts Décoratifs in 1963. He was, to simplify 40 years after they had been designed, the creative mastermind behind the TGV Duplex, the Corail train and, subsequently, coordinator of the agencies that gave life to the Eurostar.

In all likelihood, the truly penalising sub-title for the exhibition – Le design en mouvement – relegates him to an extremely sensitive sector of a discipline. Instead, beginning with graphics, Roger Tallon always tried to engage with and fine-tune the needs for fluidity and exchange in the contemporary world in a broader sense. A race to manage and physicalize the way it functions, customer bases, large numbers and figures that pass unknown in everyday life.

His trains, the underground rail signs and a large segment of the comfort and visuals of non-places, as Augé called them, work according to precise aesthetics and implicitly important economic-political decisions. There’s no difference between managing information flow for an art magazine like Artpress – a ground-breaking publication for contemporary French art directed by Catherine Millet – to whom he gave a graphic image and page layout that even today still remain the same, and railway design. This way of thinking about reconciling an always considerable number of needs and the ability to provide simplified information can be labelled functionalist, sustained by a high degree of realism.

It’s therefore no coincidence that the most interesting areas of his work are those with Nouveau Realisme artists like César or Yves Klein or even the sensual design of furniture like the iconic M400 adjustable spiral staircase or the Téléavia P111 portable TV set. Recently, some young French artists have taken note. For example, Julien Carreyn in the sexually desirable reuse of his objects offers a clear description of their symptomatic subtext. It should not be forgotten that Roger Tallon is a pioneering designer of the decidedly non-libertarian Pompidou era, and his involvement in designing so many things that revolutionised France with TGV, ELF and visual communication for dozens of other companies has nonetheless absorbed an aftertaste for the social design whose sharpest notes we are still not able to describe. 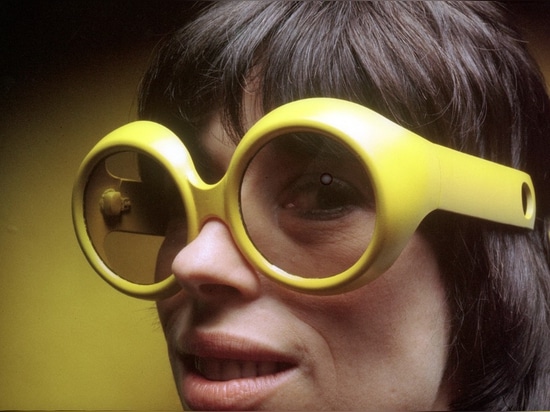 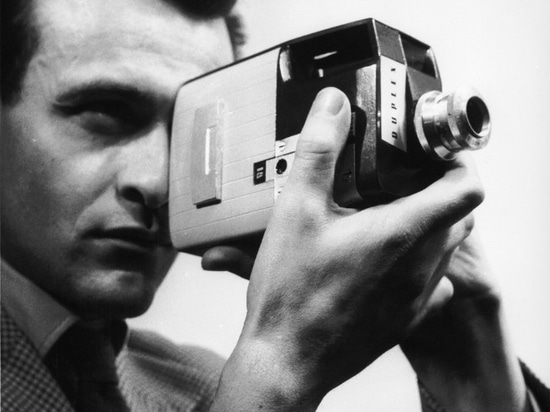 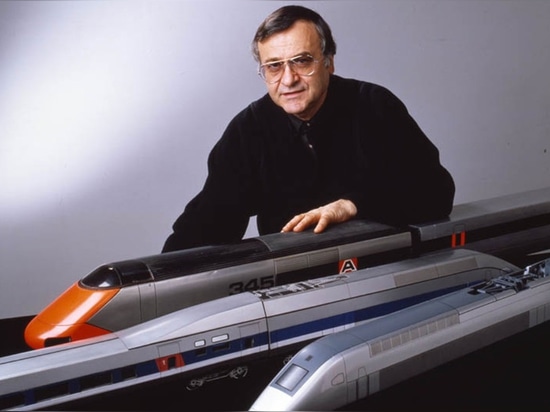