A couple of hours' drive from Melbourne is a modest building that avoids technology.

Cantilevered over a lake at Balnarring, on the tip of Victoria’s Mornington Peninsula, this 60 sq m pavilion was designed as a retreat, separate from the main house. 'Our client wanted her own space, a place that almost felt part of the lake and these majestic surrounds,' says architect Nick Russo, co-director of Branch Studio Architects.

Constructed in timber, charcoal rammed earth, concrete and glass, the Balnarring house features one large, dramatic picture window to the lakeside and carefully articulated slot windows from the open-plan kitchen, dining room and living area. Only a curtain divides the main bedroom and the living area, and the bathroom features no windows – simply a glass roof that doubles as a skylight.

'When you’re in the bathroom, you feel like you are outside,' says Russo. A similar feeling is created when visitors lie on the built-in concrete daybed in the living area, just 150 millimetres above the water level of the lake.

From the outset, the brief for this retreat was for a simple ‘shack-like’ experience, one that eschews technology. The kitchen, for example, is a simple plywood-lined alcove with a brass sink inserted. The dining table folds out of a cavity in the wall and is erected when needed – as is the bed, which can be placed in a cupboard. And rather than add superfluous detail, the finishes are simple.

A limited palette of plywood walls, folded ceilings and concrete floors completes the interior. 'Our brief was for a "non-prescriptive" space,' says Russo, 'almost an empty shell that could either appear "dormant" or "activated". It was about slowing down from a hectic pace of life and removing yourself from technology.' 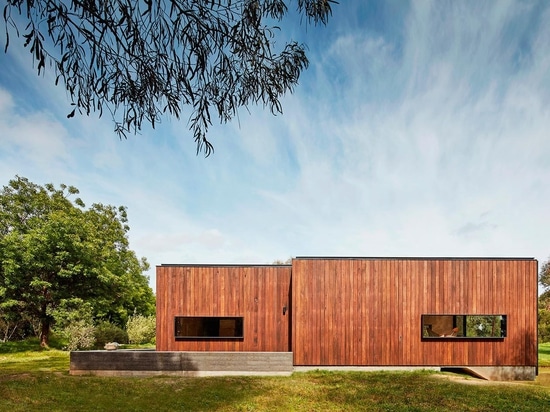 This 60 sq m pavilion was designed by Branch Studio Architects as a retreat for the owner, separate from the main house 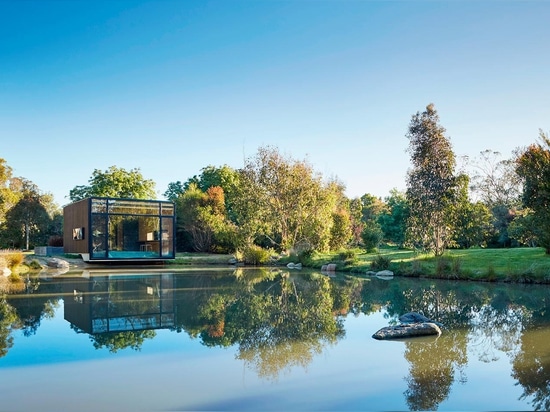 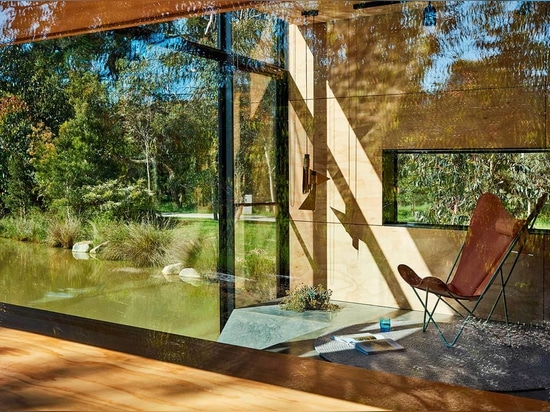 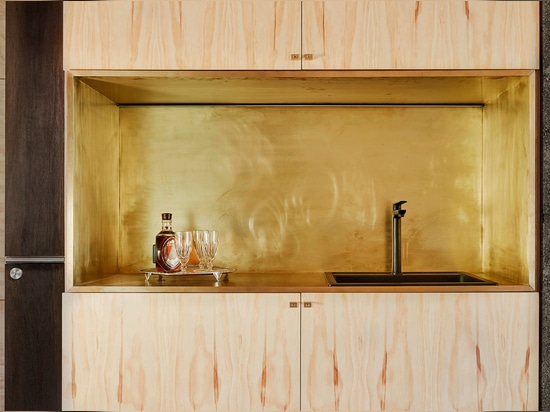 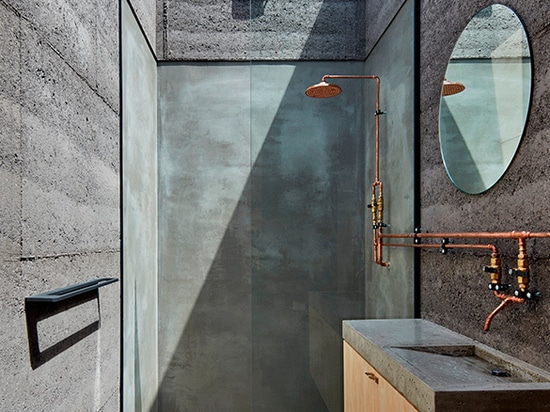 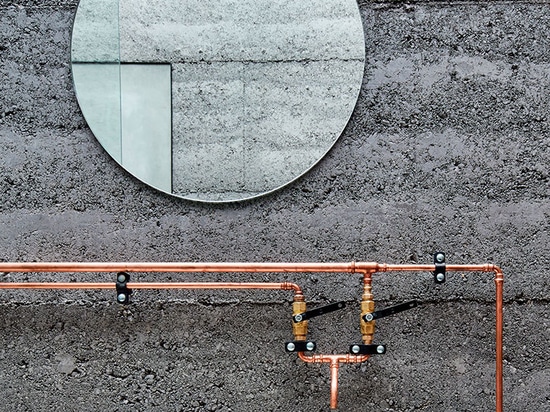 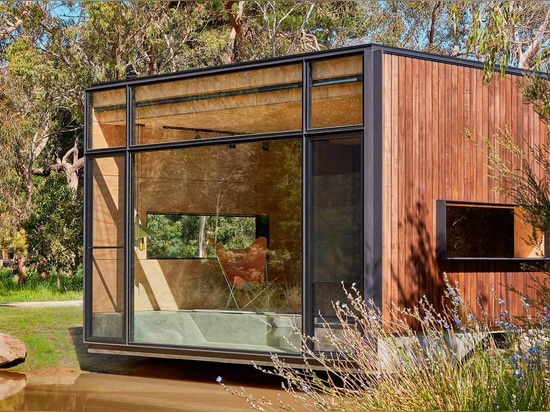