pen-plan offices are great in theory, but their noisy nature can make holding meetings a pain. Leanne Zilka of Zilka Studio has come up with a pop-up solution in the form of PleatPod, an origami-like meeting pavilion made with sound-absorbing materials.

The eye-catching meeting space was commissioned by RMIT University and created in collaboration with textile designer Jenny Underwood.The portable pop-up meeting pod stretches out like an accordion into its desired cylindrical shape and can also be compressed and put aside to save space. Bright red and orange sound-absorbing materials clad the angular pavilion’s exterior and provide a sharp contrast to the gray-toned interior. PleatPod was constructed using digital fabrication method and crafted to look like a giant asymmetric piece of origami.

“The PleatPod is the result of investigation into fashion and textile techniques to produce an enclosure that sits between architecture and a garment,” says a statement on Zilka Studio’s website. “By studying the Pleat (defined as a type of fold formed by doubling fabric back upon itself and securing it in place, commonly used in clothing and upholstery to gather a wide piece of fabric around a circumference), we were able to merge skin, structure and form removing hierarchies between them. New fabrication and modeling technologies allowed for the translation of a garment scaled concept to become a realised space.” 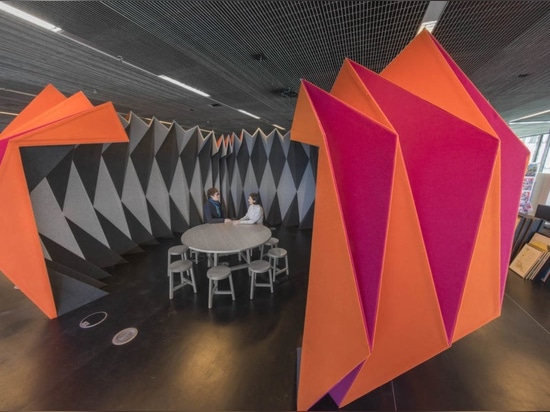 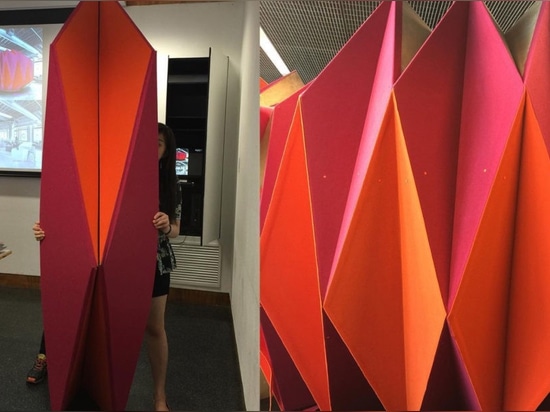 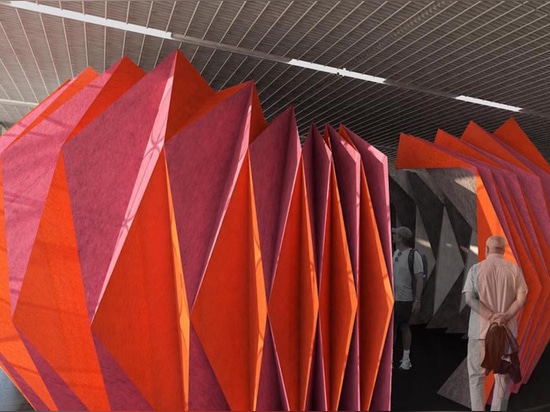