Luzy by Ingo Maurer, the work glove with a bulb at each fingertip

A surprising and unconventional ready-made accessory, to shed light only with the index finger or with the whole hand. And in a special chandelier version, with an entire applause.

Not only the ability of Ingo Maurer of reselling us everyday objects as fundamental luxury is a well known fact, it is also something always brilliant, like the first time. However, who knows if in this occasion, with this Lucy pendant lamps made out of work gloves, some workers that utilizes them all day long since forever did get somehow offended. After all, this is the age of the outrage, and the one target missing is design. Even though the controversy about the Ikea bag Balenciaga remade in precious leather caused a roar of disgust. But since a sufficient number of months from their introduction to the public has passed, we can say that these frosted bulbs mounted at the floppy fingertips of a glove looks still innocent like during Salone del mobile in April. And all things considered: what kind of outrage are we talking about? If anything, what comes to mind are just funny similarities: from Steven Spielberg’s E.T. light finger to The Addams Family’s uncle Fester penchant for light bulbs.

And then, if after toothpaste tubes and Campari Soda bottles what is now needed to shed a light on our tables is work gloves, this is the result of an accident, like that special blue colour tone: that got stuck to the gloves of Ingo Maurer staff once they were working on a sponge installation. Observing it day after day, while they were resting on the wall, put in motion the intuition of a new take on the ready made theme. The last step of a long, surprising, artistic tradition that started with Marcel Duchamp. One that in the model which holds five blue gloves, Luzy from the sky, plays with the famous Beatles song about a certain Lucy in the sky. Aware that replacing a classic pendant light with work gloves, and only in blue, could be a no-no for many, Ingo thought about a black version for the ones forever faithful to the dark side. Turndown: is available only as a single glove; and with a single bulb at the index fingertip. Meaning that for a chandelier like the Super Luzy’s, but made in painted by hand black gloves, Ingo fans can only make heavy – but gentle – pressures to the company. 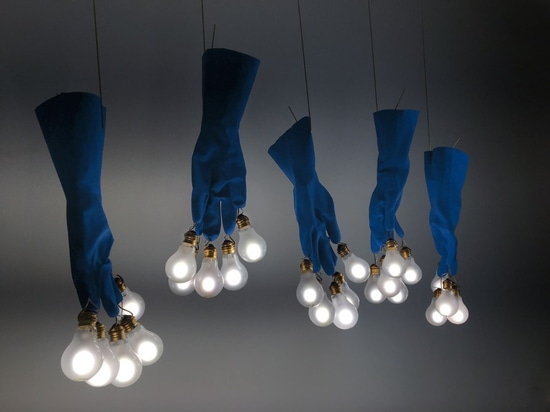 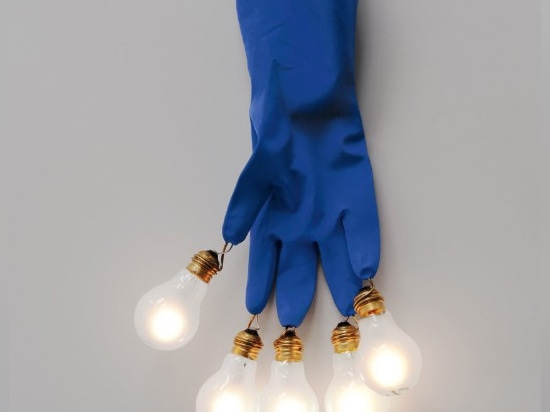 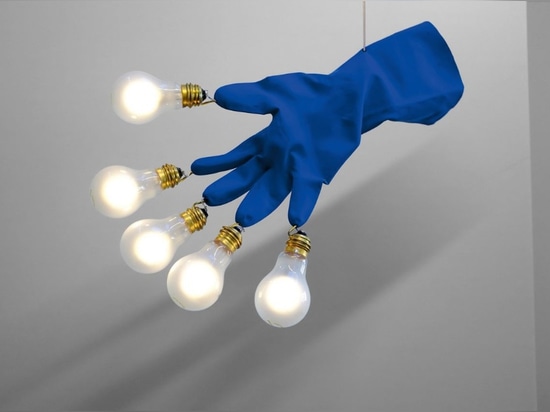 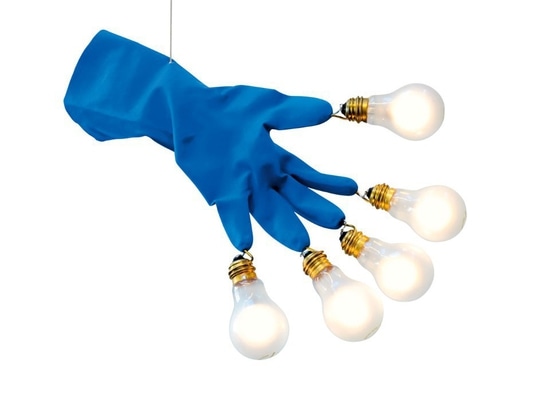 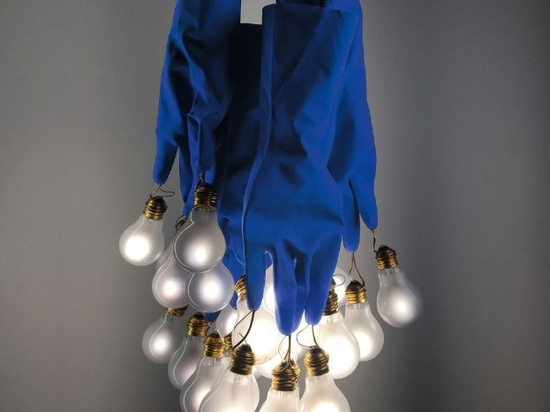 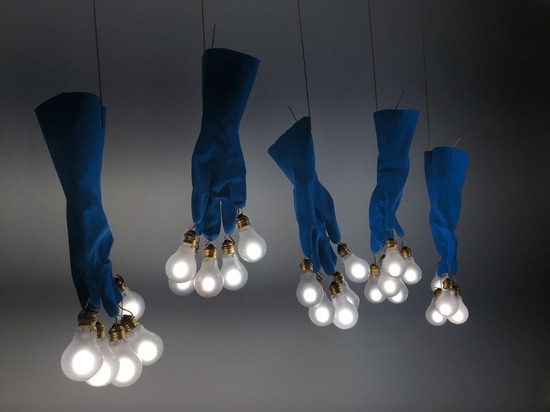 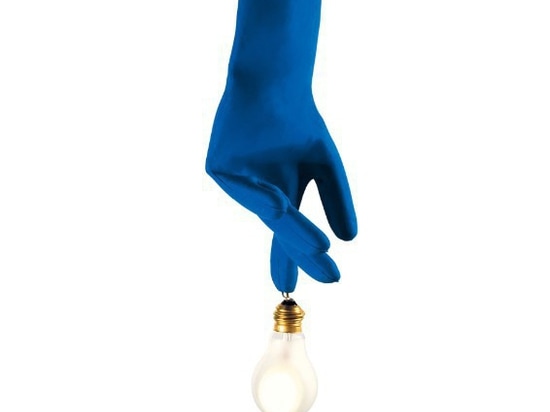