A revolutionary creation when it was launched two decades ago, Gerhard Busalt’s innovative dish-basin design remains central to ALAPE’s collection.

It was a small revolution When Alape launched the first 3-millimetre dish basin twenty years ago. Not only did their innovation push the boundaries of what could be achieved with steel as a raw material, but it led to a reinterpretation of the washbasin itself, making way for new concepts in bathroom design. It also left a lasting aesthetic stamp, its characteristics still influencing many of Alape’s contemporary products.

Behind this paradigm change was Gerhard Busalt, an industrial designer who had already been working several years for Alape. Busalt developed his design by analysing the enamel dishes and pitchers that were used for washing during the Biedermeier period. He was particularly fascinated with their strict form and functionality, as well as their "formal reduction to the essential".

Thus Busalt settled on the archaic form of a spherical segment which visually expands upwards. A design functionally based on the shape our hands form when washing and possessing the desired severity and restraint.

Faced with a pair of major challenges it took two years, however, before the product was ready for the market. On the one hand, a special technology needed to be developed in order to form the 3-millimetre steel, and on the other, the basin was not to be chamfered as per usual but rather given a free-standing, enamelled edge.

Despite its initial obstacles, Busalt’s dish basin has become a signature of timeless, functional design and has served as the basis for later Alape creations, including the Unisono and Folio series. In 2017, on the occasion of its 20th anniversary, the dish basin was given a new look with the Bicolor and Metallic Dark Iron surface finishes, which accentuate the distinctive shape and elegant form of the 3-millimetre washbasin. 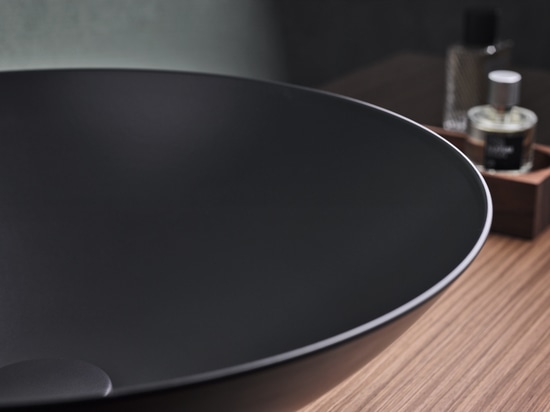 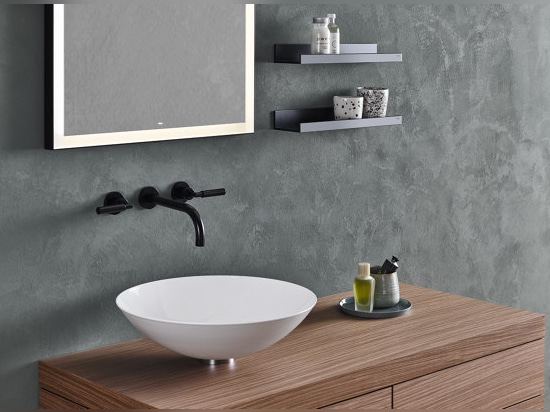 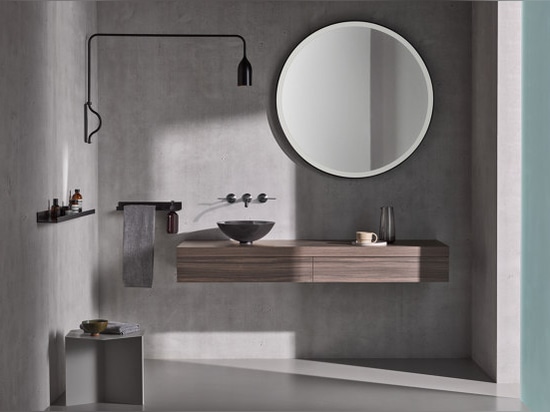