More than 50 years after the late French designer Pierre Paulin first conceived of a modular system of residential furnishings, the so-called “Pierre Paulin Program” has finally come to fruition, thanks to the convergence of several professional and familial relationships.

Developed between 1969 and 1972, Paulin’s vision was to create pieces that, arranged in a grid, would allow users to define and adjust their own living spaces. The family business dedicated to carrying on the designer’s legacy, Paulin Paulin Paulin (PPP), has produced the previously unrealized furniture, asking OMA to install the unique set at the groundbreaking Bordeaux House (1998) in southwest France. Designed by Rem Koolhaas for the Lemoine family, the residence—one of the firm’s earlier built works—famously features a central moving platform, as the client, Jean-François Lemoine, used a wheelchair.

Paulin and PPP have several connections of significance to the Bordeaux House: Hélène Lemoine, the wife of Jean-François, worked on textiles and colors for Paulin and still lives there. One of the three Lemoine children, Alice, is married to Paulin’s son Benjamin, and the couple runs PPP.

The exhibition of the PPP-furnished house, on view through the end of January (and possibly beyond), is free and open to the public by appointment. OMA tells RECORD that, in the long term, pieces of the Pierre Paulin Program will be made available to a wider audience. 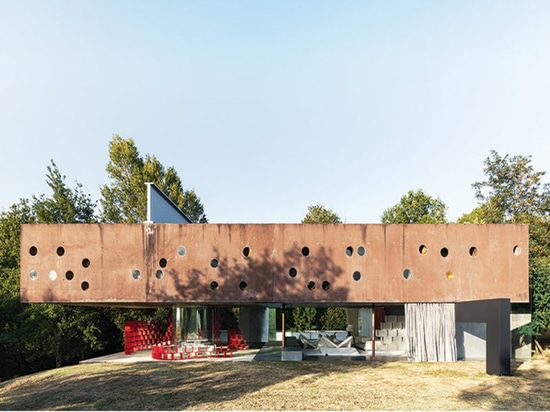 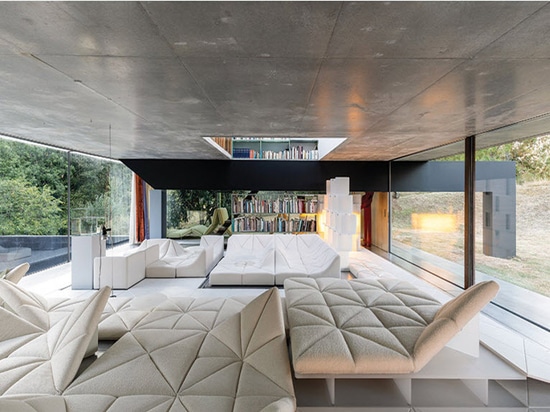