The award recognizes those whose work has had an enduring impact on the theory and practice of architecture. Blackwell, a speaker at RECORD’s Innovation Conference in October 2019, is the 78th Gold Medal winner.

Blackwell grew up in an Alabama-based military family, earning his B.Arch. from Auburn University and M.Arch. from Syracuse University. He moved to Fayetteville in 1992 to teach at the University of Arkansas, and established his practice there in 2000. “Arkansas was the first place I lived and stayed awhile,” Blackwell tells RECORD, adding that moving to the state was “an opportunity to really put my head down and work with minimal distraction.” Along with E. Fay Jones, Warren Segraves, and Edward Durell Stone, his firm, Marlon Blackwell Architects (MBA), has helped put the Ozark region on the architectural map.

With each project, the architect seeks to contribute to the fundamental civic identity of a community, as seen in the Harvey Pediatric Clinic. That structure’s idiosyncratic geometry and bold red-orange aluminum-zinc southern facade bring new life to its mundane surroundings, which Blackwell refers to as “ruburbia.” He brought a similarly novel approach to an Eastern Orthodox Church in the city of Springdale, where he transformed a small vernacular shed into a contemporary sanctuary by re-skinning the structure with a standard box rib metal panel system. Punched openings at the corners add a degree of abstraction; at night, when the apertures are illuminated, the building serves as its own billboard along the adjacent interstate. “We are constantly trying to think about how we respond to the local while also making it part of a larger discourse,” says Blackwell. “We’re not willing to settle for placelessness; we’re always trying to reaffirm place in a positive way.”

His work extends throughout the South; in Memphis, his firm designed a group of structures for Shelby Farms Park, master-planned by James Corner Field Operations. And for the Lamplighter School of Innovation for pre-K through fourth-grade students in Dallas, MBA created a copper-clad shed with a dramatic tilted roof.

Blackwell’s work as an architect has been crucial to his career as a professor at the University of Arkansas, where he has served as department head of the E. Fay Jones School of Architecture and Design—and for which he designed a modern addition to its original Beaux Arts building. “Being a practitioner has helped me teach students to understand what it is to move from being critical—making commentary on the world—to being instrumental in making that commentary useful,” he says. “Conceptualization is fantastic; realization is even better.”

The architect, who acknowledges the support of his wife and MBA co-principal, Meryati Johari-Blackwell, in his work, will be formally awarded at the AIA conference in Los Angeles in May 2020. “I’m deeply honored and humbled,” says Blackwell. “We feel this is a big win for all the folks in flyover country.” 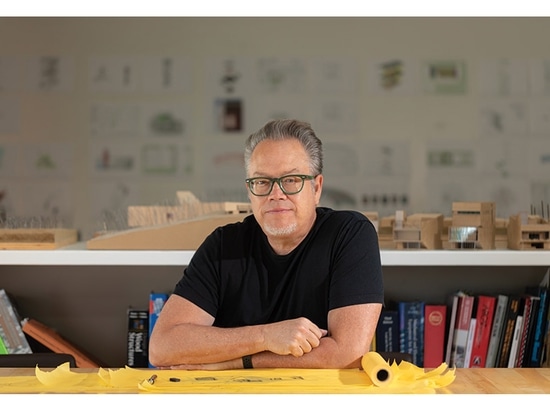 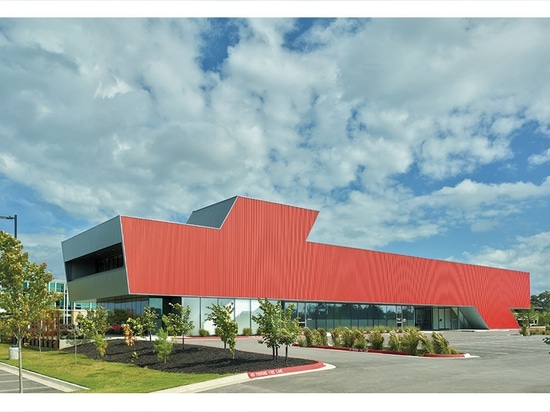 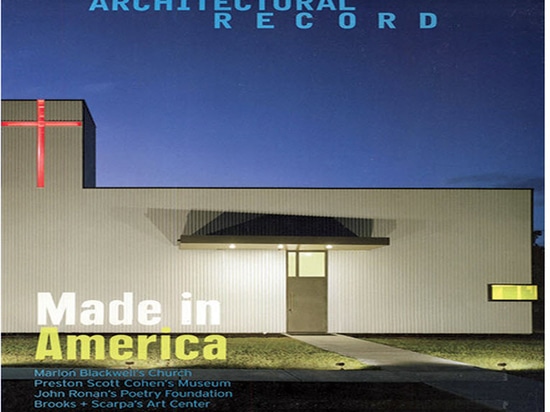