As the designer highlights, the brief was simple: to build a co-living studio for the owner whose majority of possessions consisted of plants and books. Naturally, the idea is to make a unique open-space plan filled with southern light.

Scholae's interest was in the creation of a landscape-like interior, a topography for objects (house plants, furniture, books, carpets…) floating over a luminous, neutral grey epoxy floor.

On this neutral platform, the very zero degrees of architecture, the owner’s body and belongings became alike entities, equally important. The traditional design is replaced by a multi-centered field. This ex-centered view consists of the owner’s daily negotiations in terms of space and territory with things around him-living plants and furniture.

His relationship to this apartment-a space of intimacy where his self extends to and becomes the objects around him-constitutes an unconventional way of defining home: a home is where one strives not to be the master of his environment but to nurture a contemplative relationship, to be part, to be between things.

Because the design allows for no space to hide the interior objects, to some extent, this transparency assigns the objects the status of an installation display. The content of this displaying landscape then becomes an externalization of self and of memories. 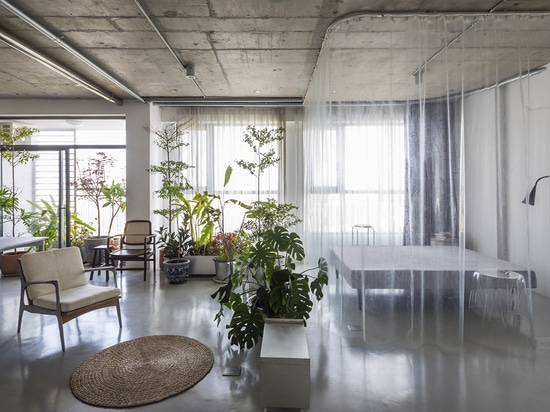 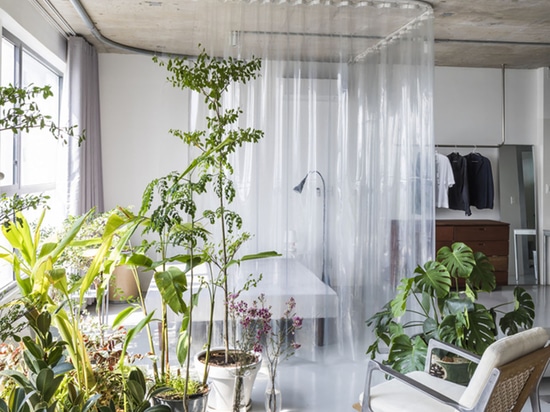 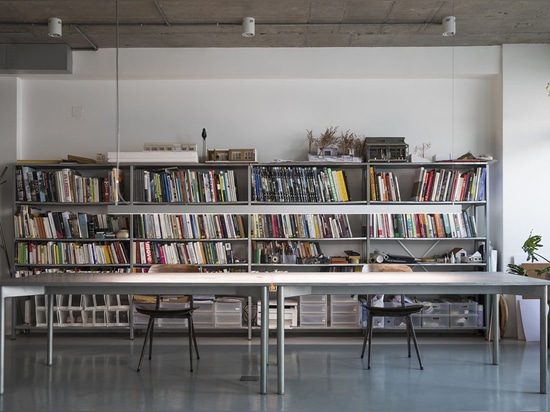 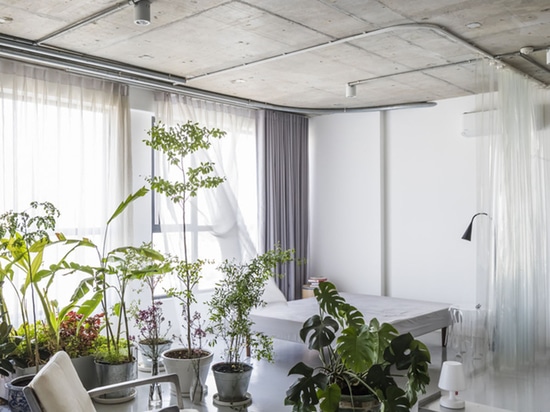