Kuwait-based interior design firm ITGinteriors has designed an interior space for a yoga studio in Salmiya, Kuwait, which embraces diversity in its rich and minimal color palette.

Called Tru3 Yoga Studio, the 257-square-metre area was transformed from four existing apartments of an entire floor into a studio, located around the coastline of Kuwait.

The designers applied a holistic design approach by following Japanese design principles in terms of a minimal material palette and overall simplicity.

"Tru3 Yoga is influenced by the Japanese slow living or “Ikigai,” a Japanese term translated to “reason for being” or finding truth and happiness," said ITGinteriors.

"The main concept of the design is inspired by the curvaceous body forms integrated within the Yoga practice while connecting to three factors: mind, body, and soul."

The heart of the studio includes a reception area where the bold curvaceous form of the counter, bronze tinted glass blocks, lavish use of greenery, and delicate earth tones, welcomes one into the space.

The designers aimed to achieve a sense of fluidity of movement within the design due to the curvaceous forms; a recurring feature adapted further into the ceiling and the walls.

The designers used forbo vinyl flooring on the main corridor that suits the aesthetic of the space, which acts as the spine that aids in connecting the distinguished areas of the yoga studio. In addition, lighting is designed to be adjustable to cater to the functions of the various yoga practices and also sets the mood of the studio.

The design of the space is segregated into distinguished areas which accommodates the wellbeing of the mind, body, and soul. For instance, the tea room is the representation of the mind. Inspired by a traditional Japanese tea house with its low height table and seating units; this space is ideal for individuals to enjoy and connect with the community.

The sun room is the biggest studio which targets the body.

"We have custom designed the ceiling to suit the function of the space by situating and embedding x-mounts cleverly for the use of aerial yoga. Whereas the moon room is the smaller studio targeting the emotional and spiritual self," explained the studio.

"Both studios have an abundant use of natural light and materials; oak wood and exposed concrete along with added greenery radiate an honest and positive aesthetic within the overall design," added the firm.

"Strong reflective elements such as mirrors are purposely avoided in the functioning studios so people are able to focus more on achieving their full potential without being self-conscious."

The use of bronze mirror combined with indoor-plants opens the overall distinguished space. In conclusion, Tru3 Yoga is the ideal safe haven for individuals to escape from busy life and release their physical and emotional tensions. 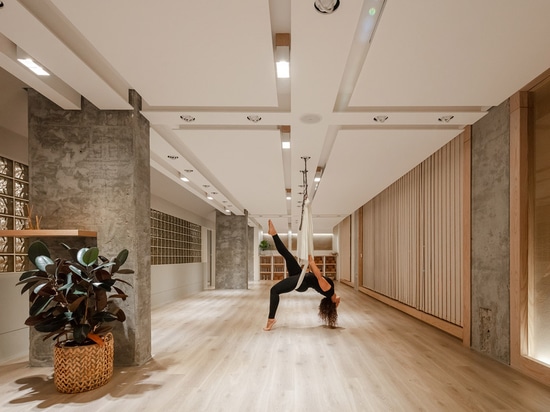 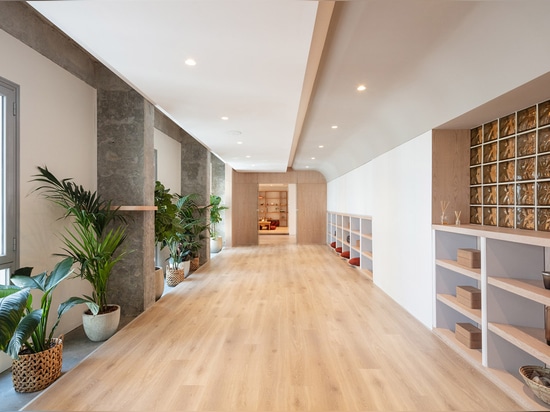 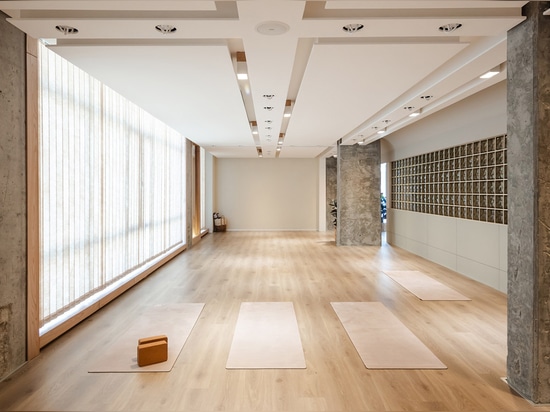 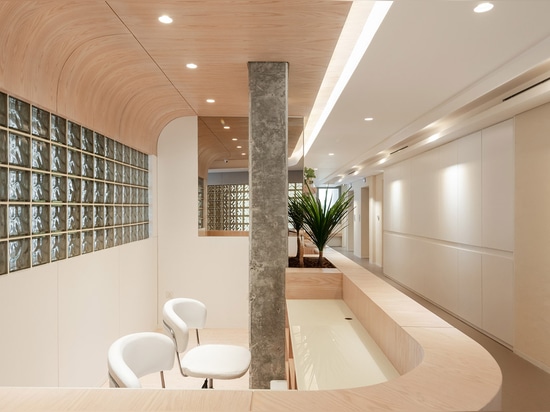 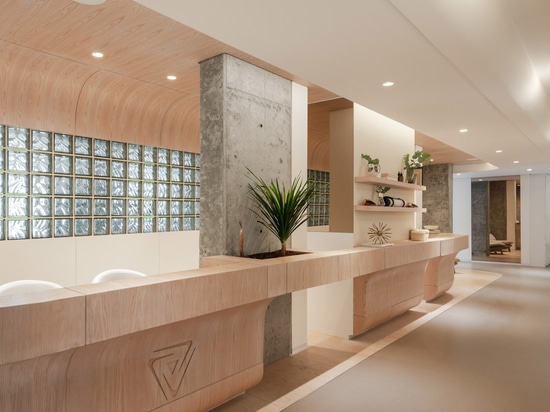