A new shopping centre in suburban Melbourne, designed by NH Architecture with interiors designed in collaboration with Russell and George, is being touted as a model for sustainable retail development, after becoming the first of its type to be built to the standards of the Living Building Challenge.

“Sustainability and retail don’t generally go hand-in-hand and we are proud to play a role in breaking the paradigm of what traditional retail centres offer in their design and output that facilitates sustainable consuming,” said Roger Nelson, managing director of NH Architecture.

Among a number of exacting requirements, buildings that meet the LBC guidelines need to produce more energy than they use and collect and treat all water on site.

The mall is the first part of a planned mixed-use development that will also include a range of residential buildings on a 20.5-hectare site at the former Burwood Brickworks in the Melbourne eastern suburbs. Frasers Property acquired the site in 2014.

Stephen Choi, who co-curated the 2019 National Architecture Conference, was the Living Building Challenge manager of the project. Sustainable designer Joost Bakker was the project’s creative consultant. Bakker has previously been responsible for projects such as the Greenhouse pop-ups, zero-waste Melbourne cafe Silo and later Brothl, which have since closed.

“Creating a pathway through the LBC, where human connection to nature is at the forefront is not without challenges, however it is truly something special for customers and retailers alike,” said Bakker.

Operational sustainability is considered in most elements of the design, with small features such as insulated doors on all refrigeration systems, and has cut predicted electrical demands by 50 percent, and hospitality tenants are committed to not using single-use plastics when serving food.

The interior of the mall centres on an internal street that is light and airy, which is a consequence of a Living Building Challenge requirement to provide natural light, which had to be present in every space occupied for more than a few hours every day. This light is delivered via multi-level skylights to trickier internal locations such as the kitchens.

In addition to a lettable floor area of approximately 13,000 square metres, the roof of the building holds a restaurant supplied with produce from a 2,000-square-metre rooftop farm.

“Retail is the toughest building use to make sustainable but we are hoping that the initiatives implemented at Burwood Brickworks will encourage others in Australia and around the world to persevere and continue to find new solutions,” Nelson said. 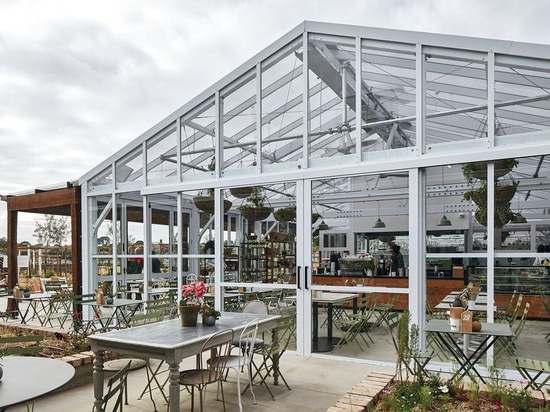