Rare Chairs, Rising Tides, and Everything Else You Need to See at This Year’s Design Miami

We spoke with curatorial director Aric Chen about why he wants the major design fair to be more than just a marketplace.

There is no shortage of beautiful objects at this year’s Design Miami. In fact, it is one of the strongest editions of the 14-year-old design fair to date, with a range of work—from rare 20th-century classics to collectable contemporary design—in presentations by more than 30 galleries. But beyond the offerings for well-heeled collectors, the show, which runs through Sunday, December 8, has a deeper organizing idea behind some of its installations and its Design Forum series of public programs.

Curatorial director Aric Chen joined Design Miami at the end of last year. Formerly lead curator at Hong Kong's M+ museum, Chen is based in Shanghai and has organized numerous design exhibitions around the world. During Design Miami’s June edition (which counter-intuitively takes place in Basel, Switzerland) he created a design exhibition called Elements: Earth that ran in tandem with the fair. For the Miami show, he has followed it up by focusing on water. The theme, loosely woven into the fair, is appropriate for the city—Miami’s lifeblood is the ocean, yet it’s also gravely threatened by sea levels rising on an ever more urgent timeline.

We spoke with Chen about how Design Miami participants responded to the theme, curating in a fair context, and why designers are on the vanguard of thinking through climate change. Read our conversation below and check out some highlights for the fair.

Congrats on your second edition of Design Miami. Your curatorial director post is a new position. What exactly is your role at the fair?

Design Miami has had this tagline for a while now of being a "global forum for design." And the fair has a long history of playing a leading role in both setting the direction of design and reflecting the directions that design was going. They wanted to reinforce that a bit. My role is about setting a tone and with some of the presentations and the conversations that happen during the fair.

Your exhibition in June was titled Elements: Earth, and this edition of the fair focuses on water. Why was ecology something you wanted to emphasize at Design Miami?

For all the obvious reasons, you can't get more urgent than environmental issues and issues of sustainability. And designers have sensitive antenna and it naturally drives them to explore these big questions. It's really part of a design ethos. In the realm of collectible design [versus mass-produced work], designers can work in a more conceptual framework, particularly when it comes to materials. They can really examine, question, push, and probe what it is that distinguishes natural and artificial raw materials, waste, consumption, and production in this brave new world that we're confronting in which everything is changing and will by necessity have to be redefined.

That applies then to questions of how do we make things? What do we consider a natural material? How do we reevaluate materials at a time when they are increasingly scarce and kind of ambiguous by nature? Like, do we now think of waste as a new raw material? Probably. I mean we probably have to.

What was the most interesting work you discovered in the lead up to the fair?

I'm really excited by the Miami duo Coral Morphologic. They have submerged a webcam in Biscayne Bay to live stream scenes from the coral reefs that, believe it or not, are growing there at a time when corals are dying almost everywhere else. It's a phenomenon that scientists are still trying to understand. What is it that allows these corals to thrive in this very busy urban body of water. What you see when you enter the fair is scenes from that webcam, just to kind of make visible what's not usually seen but under our noses, nonetheless.

Why show this and other work grappling with big environmental questions in the very commerce-driven climate of a design fair?

So there are a lot of designers who are working in this realm and showing their work at a fair is a good way of trying to help build a stronger system of patronage. Because it's not commercial work obviously. And collectors can play the biggest role in furthering these investigations. 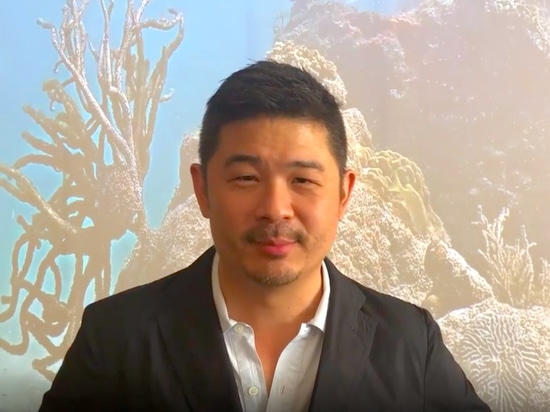 Design Miami's curatorial director, Aric Chen, in front a work by Coral Morphologic, a Miami duo who have placed a live webcam in a coral reef that is thriving in the busy urban waters of Biscayne Bay. 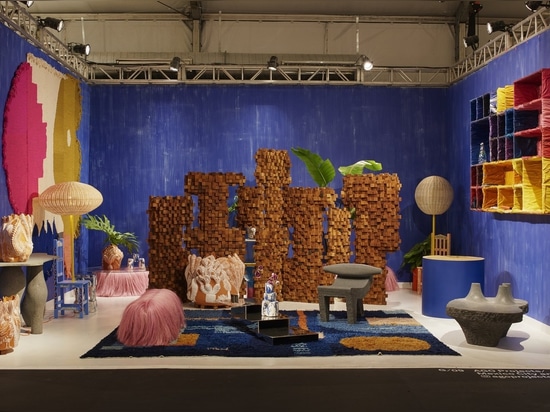 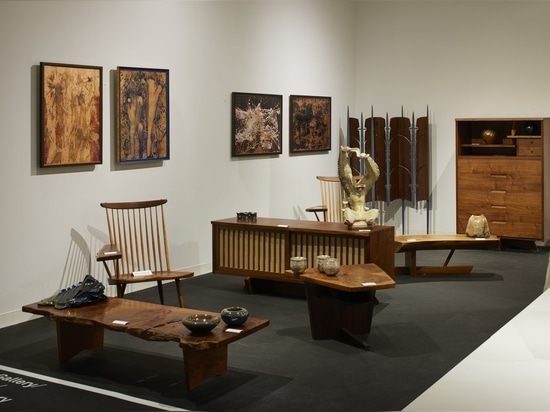 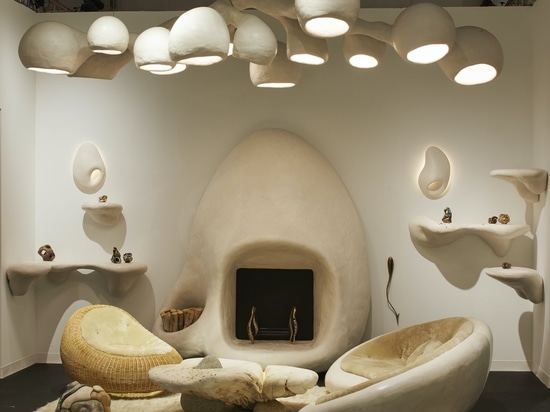 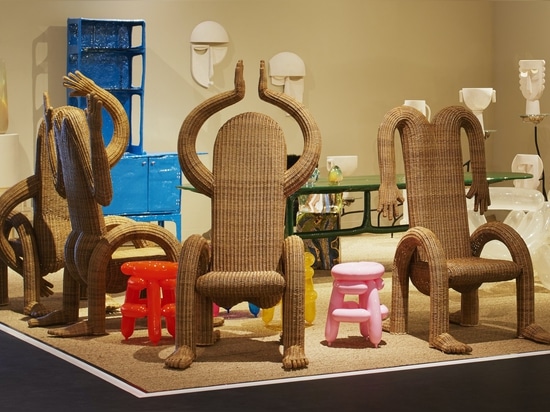