If building gingerbread houses is one of your holiday traditions—or one that you aspire to—then you may want to take a page from Anthony Strong’s cookbook. The San Francisco–based chef and owner of Prairie, a live-fire bar and grill in the Mission, actually has a background in construction: the Minnesota native helped his father build everything from furniture to home additions, and was even the general contractor for Prairie. He discovered his knack for building gingerbread houses between jobs, and since then, his creations have evolved from more classic silhouettes to the current iteration—a midcentury-modern abode billed as a Lake Tahoe ski cabin.

"I’ve been a fan of midcentury modern architecture since I moved to California from Iowa (farmhouses and red brick are okay, too) and encountered the style everywhere," says Strong.

The idea came last year, when Strong was dreaming about taking a weekend trip to Lake Tahoe but unable to tear himself away from Prairie, which had been open for just two months. So, he brought the slopes to the kitchen instead in the form of a winter ski cabin built out of gingerbread.

"In keeping with seasonality, I wanted to feature snow and snow-dusted trees, so I thought a nice plot on the Truckee River would be lovely and something many Bay Area residents would be familiar with," he says. This year’s model recreates the winter wonderland with a few design updates.

Inspired by illustrations of space colonies done by Bay Area artist Rick Guidice that were commissioned by the NASA Art Program in 1975, the cabin showcases all the elements of a quintessential midcentury home with a butterfly roof, large windows, and a breeze block–enclosed carport.

The ingredients were strategically selected to reflect building materials. Caramelized Isomalt, a sugar substitute, forms the panes of illuminated "glass" that glow as if lit from within by a crackling fire. Chocolate rocks texture the chimney, and Lifesavers mimic a breeze-block carport. "And no gingerbread house is complete without a cinnamon stick woodpile!" says Strong.

In total, the house took Strong around 10 hours to build: three hours went into drawing and templating, two hours in pastry production and sourcing decorations, two hours to assemble the base, and three hours to decorate with his girlfriend.

Those who would like to build their own gingerbread ski lodge can take workshops at Prairie, hosted by Strong and Prairie pastry chef, Alison Sullivan. Strong has prepared the walls ahead of time, so attendees can simply show up, assemble their houses, and enjoy holiday drinks and small bites.

"Gingerbread house building has been an annual holiday tradition of mine for a few years now, and my creations have ranged from traditional houses to sleek, midcentury-modern homes," says Strong. "This year’s design is a refinement of last year’s gingerbread ski cabin."

Strong saw this as a natural extension of his work in hospitality. The workshops are a way to offer guidance through what could be seen as a "daunting task," and the perfect addition to the lineup of events at Prairie. "It is fun, nerdy, and focuses hard on the product," says Strong, "but doesn’t take itself too seriously."

For those unable to make the workshops, Strong has a bit of advice: "Make the gingerbread and royal icing bomb-proof, like wood and concrete. Also, it is important to put a lot of time and thought into the template you cut out of cardboard, as it will inform the direction and where the trouble areas could be—measure twice and cut once, as they say. You can save time by ordering candy decorations online and assembling the base a day ahead of decorating to let the foundation dry overnight." 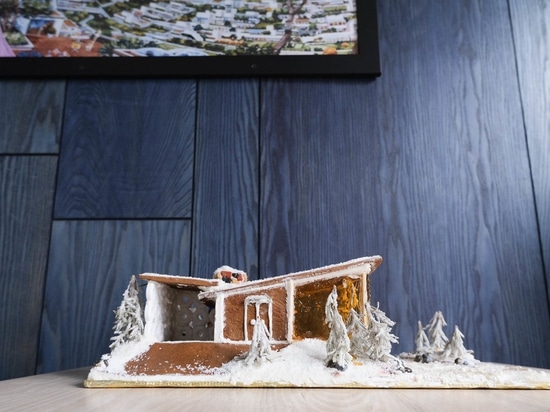 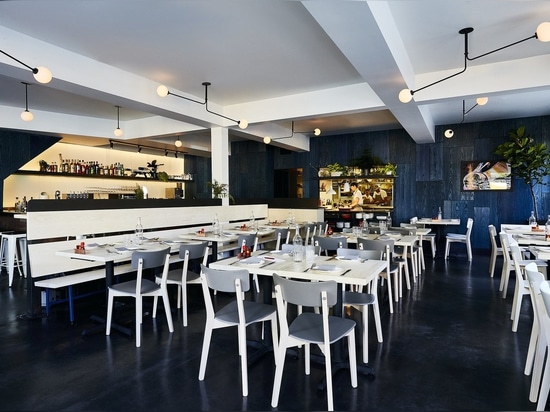 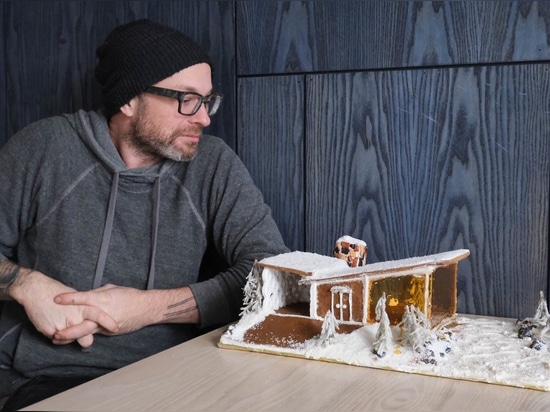 "I don't have much of a sweet teeth," confesses Strong, "and was never into the actual edible product as much as its potential as a construction material." 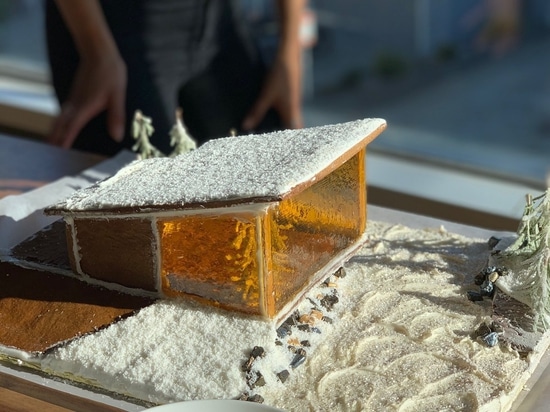 Lifesavers, chocolate rocks, and sugar pearls are on the list of sugary building materials. 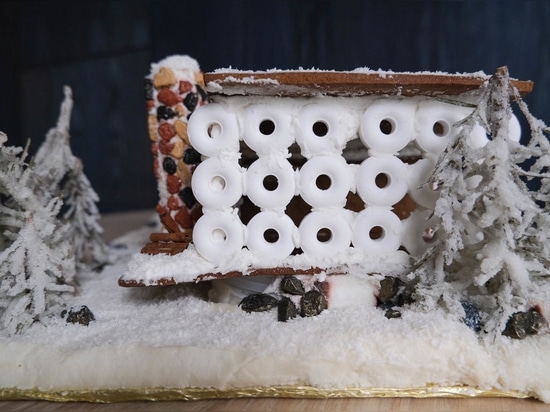