Local Midwest woodworkers are carving out a new life for the sugar maple that witnessed the home’s entire history.

In 2013, after countless storms, harsh winters, and more than one lightning strike, the tree next to the Mies van der Rohe–designed Farnsworth House reached the end of its life, making it a hazard to the architectural landmark. Thus it was chopped down limb by limb in the spring of that year, and its 60-year tenure as the home’s rooted companion came to an end.

Instead of turning the tree into kindling, the Farnsworth House committee tapped local artisan woodworkers to preserve it. Mike Jarvi spun a series of seven bowls from a chunk of the tree, and with encouragement from the now-deceased John Bryan—a pillar in Illinois and a figure central to the preservation of Farnsworth House—donated them back to the organization. Several rest inside the Farnsworth House Visitor Center, while two were auctioned to raise funds for ongoing preservation efforts.

In a chance encounter at a show in Chicago last year, the Farnsworth House’s head of marketing met another woodworker, Kory Helgens of Spring Run Design Company. Kory specializes in turning fallen trees into hand-carved canoe paddles, charcuterie boards, spoons, and many other objects. With each piece he emphasizes the wood’s story—where it came from, and how it took its final form. He did the same with Farnsworth House’s hearty maple, crafting one-of-a-kind pieces engrained with the legacy of the site.

Though none have surfaced yet, Kory’s pieces should soon be up for sale or auction via the Farnsworth House. As we wait, he’s busy making more out of what’s left of the maple. As for the empty space next to the house where the maple once stood, clones and seedlings were saved to one day replant in its place. 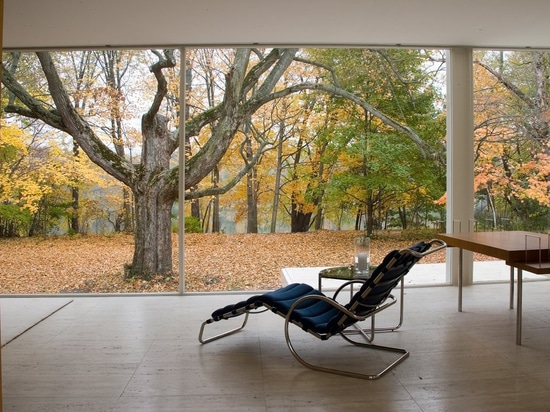 The Farnsworth House in Plano, Illinois, was designed by Ludwig Mies van der Rohe as a retreat for client Dr. Edith Farnsworth.

Mike Jarvi spun a section of the tree into seven bowls that he donated back to the Farnsworth House to keep or auction. A handful can be seen at the home’s visitor center in Plano, Illinois. 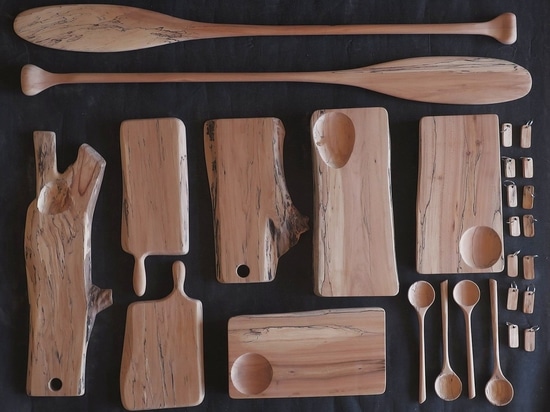 About the same time that the Farnsworth House’s maple was cut down, Kory Helgen’s Iowa family farm was ravaged by a summer storm that knocked over 63 trees. Kory took it as a sign, and left the corporate world for woodworking. His hand-carved, one-of-a-kind goods give the Farnsworth House’s sugar maple a second run.