Designed by architect Arthur T. Brown, the Ball-Paylore House is an architectural masterpiece that paved the way for passive solar design.

In 1952, Phyllis Ball and Patricia Paylore commissioned Arthur T. Brown—one Tucson’s most important modernist architects—to create an innovative new type of home. To passersby, the 1,200-square-foot residence looks like a typical two-bedroom with mortar-washed brick and angular volumes—but Brown’s ingenuity shines towards the back.

Over a rotund back patio, a set of awnings on casters track in a circular motion to shade the floor-to-ceiling windows from blaring sun—or they can be moved entirely out of the way to provide warmth to the home’s interior. The home was purchased and restored last fall by the Tucson Historic Preservation Foundation—and it’s currently available for overnight stays.

The interior is defined by a trapezoidal, three-sided fireplace—exposed beams splay from it like spread fingers, pointing out towards the rounded patio and terrace yard. A living space replete with built-ins wraps around it, and bends toward the kitchen. Expansive glass windows mimic its shape as they provide wide-open backyard views.

Since being scooped up by the Tucson Historic Preservation Foundation, the home’s distinct interiors have been touched up to reflect the time when Phyllis and Patricia first took occupancy. The foundation applied fresh coats of bold paint, tended to the beautifully aged wood, and polished the mottled concrete floors.

Brown, now widely regarded as a pioneer of passive solar design, garnered local and national attention when the home was built—Sunset Magazine featured it, and the Arizona Daily Star ranked it among the top five Arizona architectural buildings, next to Frank Lloyd Wright’s Taliesin West.

But its legacy still permeates conversation in the present day: "[It] demonstrates an environmental sensitivity that is usually not associated with 1950s architecture," says Anthony Denzer, author of 2013’s The Solar House and department head of civil and architectural engineering at the University of Wyoming.

The foundation is still accepting donations to fund the recent purchase and ongoing restoration, and in the meantime it’s offering tours of the Tucson home. Those interested in a more immersive experience can also book an overnight stay. 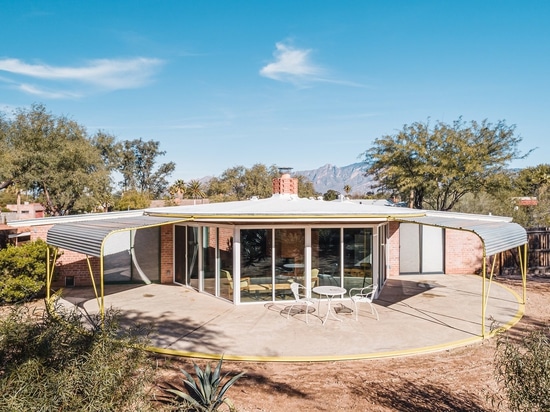 Two awnings on casters can be adjusted to shade or expose the interior to sunlight. 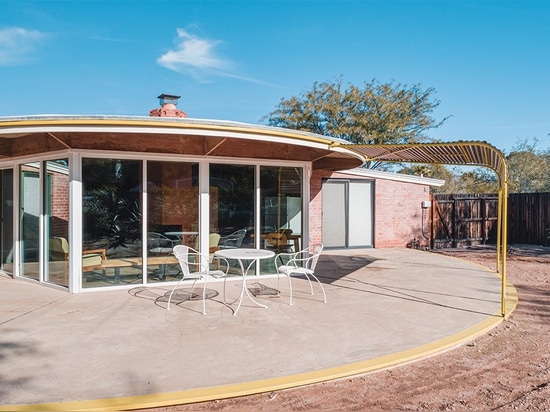 Floor-to-ceiling windows face a revolving patio for wide views of the terrace yard. 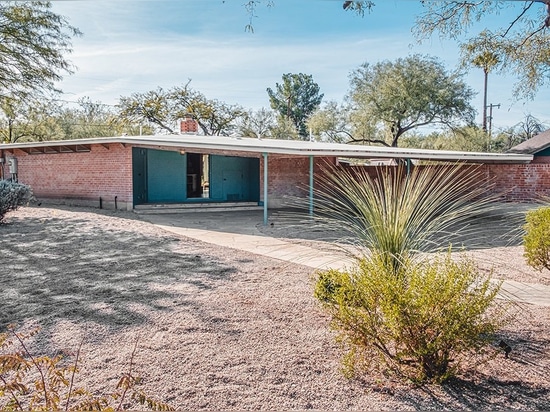 An angular car port juts out and away from the entryway, keeping parked cars cool in the desert heat. 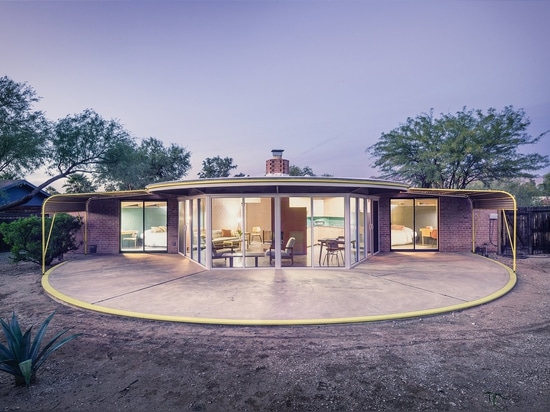 The home’s central fireplace radiates heat throughout the interior. 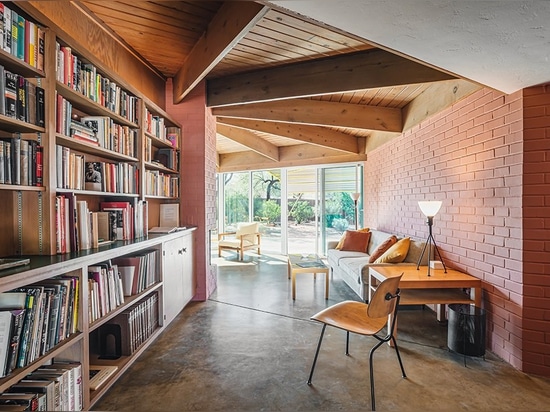 High wood beams meet floor-to-ceiling bookshelves in the entryway. The brick continues throughout the interior.