Beverly Pepper, the multi-talented artist who dabbled in monumental sculpture, land art, painting, and site design, has passed away at age 97.

Over a career that stretches back over six decades, Pepper helped create a vast collection of large scale works that engaged materiality, form, gesture, composition, the human body, and nature all at once.

Among the artist's most well known works are the various "sentinel" monoliths that are erected around the world, including at the Civic Center Federal Plaza in New York City and in Todi, the Italian town where Pepper lived for much of her later life. Some of these structures rise to over 30-feet in height and present a variety of evocative forms and geometries in materials that include polished stainless steel, stone, bronze, and cast iron.

Other projects include large-scale earthworks like the Cromlech Glen mound installation at the Laumeier Sculpture Park in St. Louis and the Sol I Ombra Park in Barcelona. In some of these latter works, Pepper unified large retaining wall elements—often huge sheets of Cor-Ten or massive slabs of stone—with regular geometric motifs like simple stairs and terracing, and with landscape elements that include lawns, trees, and water features, to create multi-sensory spatial and tactile experiences that are simultaneously elemental and complex.

Pepper was born in 1922 in Brooklyn and studied industrial art and advertising at Pratt Institute, according to an obituary published in The New York Times. She also wanted to study engineering but was not allowed to due to her gender. After working for some years in advertising, she moved to Paris and studied cooking at Le Cordon Bleu institute and took up art practice a student of abstract painters André Lhote and Fernand Léger. After moving to Rome with her journalist husband in the early 1950s, Pepper pivoted toward sculpture and held her first sculpture exhibition in 1962.

She worked for the remainder of her career hand-in-glove with the metalsmiths and fabricators who would bring her monumental works to life. 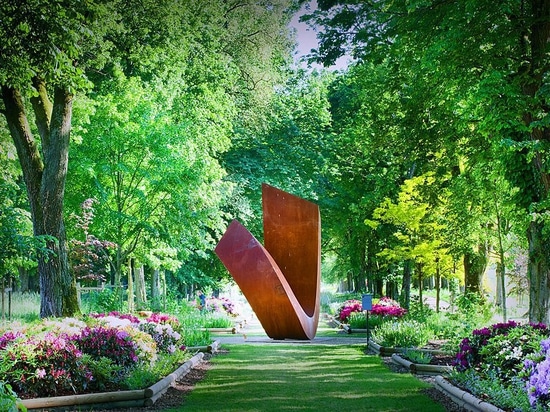 Photo of a Beverly Pepper sculpture created for the gardens at the Muni au Château de Vullierens in Switzerland. 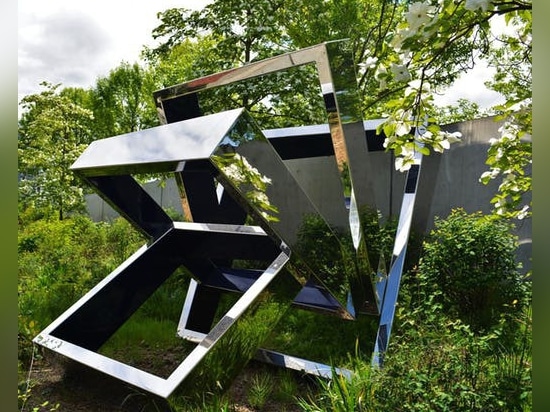 Photo of Perre's Ventaglio III, a sculpture by Beverly Pepper located in the Olympic Sculpture Park in Seattle. 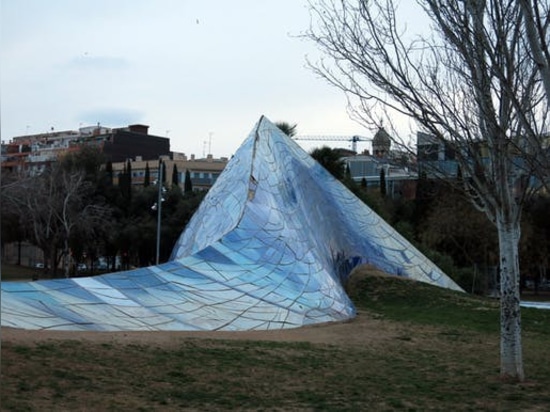 A tile-clad mound designed for the Parc de l'Estació del Nord in Barcelona by Pepper. 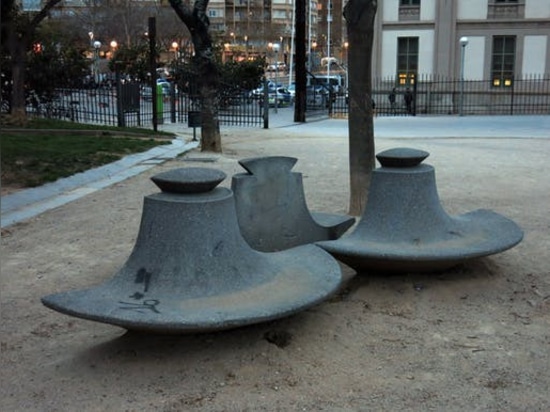 A seating designed for the Parc de l'Estació del Nord in Barcelona by Pepper. 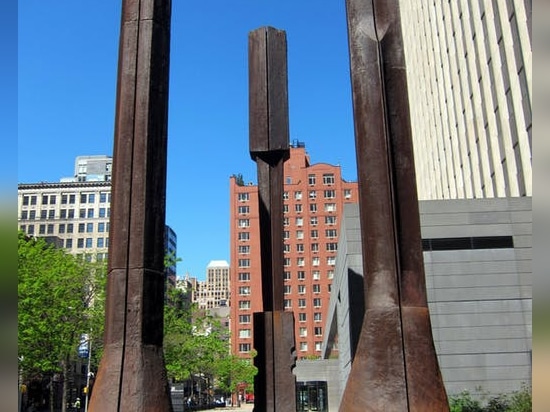 The Manhattan Sentinels by Beverly Pepper.