In recent years, thanks to advances in material specification, graphic appliqué, and building technologies, large, anonymous buildings around the country have been converted into canvases for designers and artists through new experiments in facade design.

Wynwood is not only the home of Miami's arts district, but is also the area with the largest concentration of street art in the United States. With the new architectural skin Thom Faulders and his team created for this 250,000 mixed-use building, it's non-repeating pattern adds to the district's lively and creative environment.

Archinect's previous coverage of the project back in 2016 focused on the project's aim to integrate the large parking structure with the work of local artists.

The project was completed in 2018, and newly released photographs of the completed facade showcase the technical skill and precise execution Faulders Studio brought to the project. According to the studio's project description, "Amidst an increased presence of urban renewal, the new facade aims to merge optical and spatial layering to actively resonate with this painted city-space."

According Faulders describes the facade and it's shape-shifting patterns as "mega-subtle." And he's right: The perforated planes create multiple sight-lines that cascade around and envelop the structure in a way that is both highly specific and subdued.

Faulders studios explains, "From afar, porous surfaces appear to be smooth planes of gray, and boundary lines look solid and continuous. Upon close proximity these geometries shape-shift into a more subtle yet actual texture of spatial data: hand-size dots and dashes that penetrate the surface to provide daylight inside."

If you're in Miami's Wynwood district, this is a landmark you can't miss. 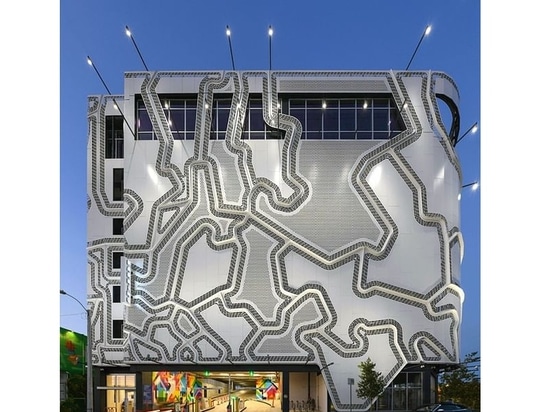 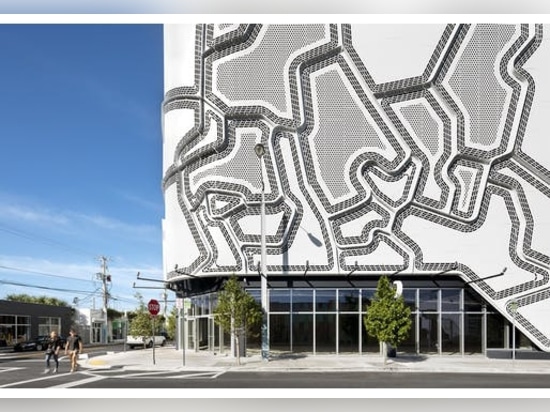 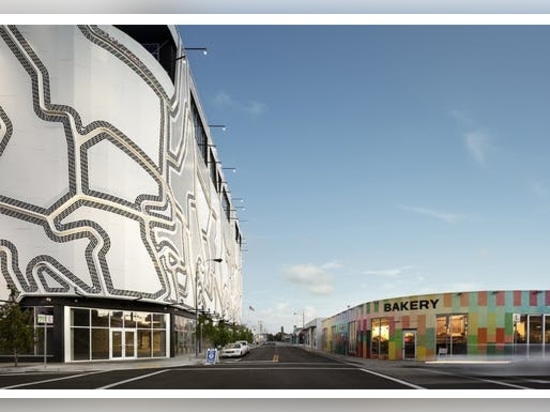 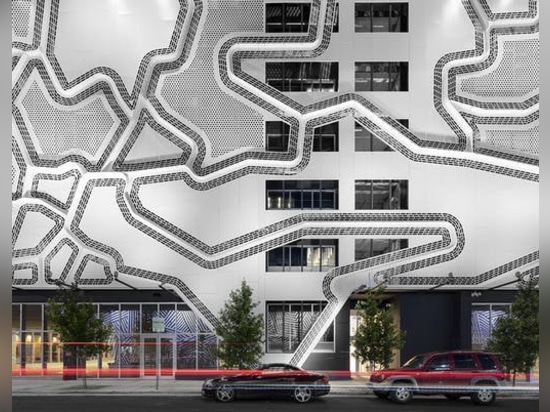 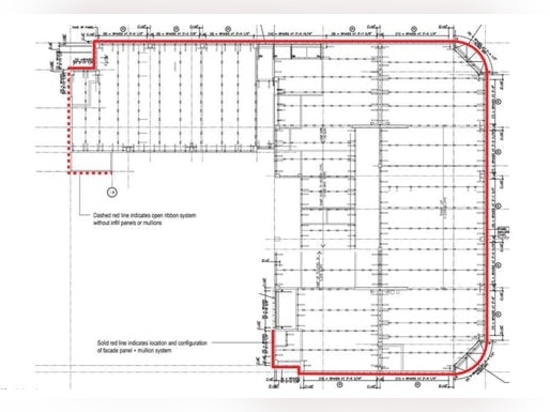