The Salone del Mobile furniture fair in Milan has been postponed until 16-21 June in response to Italy's coronavirus outbreak.

The Salone del Mobile furniture fair in Milan has been postponed until 16-21 June in response to Italy's coronavirus outbreak.

Salone del Mobile, which is the world's largest and most important furniture fair, was due to take place between 21 and 26 April. However, the surge in cases of the new Covid-19 strain of coronavirus in northern Italy has forced the fair to change its plans.

Organisers announced the decision in a statement tonight following an emergency meeting this afternoon.

"Following an extraordinary meeting today of the Board of Federlegno Arredo Eventi, and in view of the ongoing public health emergency, the decision has been taken to postpone the upcoming edition of the Salone del Mobile," the statement said.

"Confirmation of the change of date for the trade fair – strongly supported by the Mayor of Milan Giuseppe Sala – means that the manufacturers, in a major show of responsibility, will be able to present their finalised work to an international public that sees the annual appointment with the Salone del Mobile as a benchmark for creativity and design."

The number of people infected by the virus in Italy has risen sharply in the past few days, with the majority of cases reported in the region of Lombardy, of which Milan is the capital.

"Milan has to carry on"

"I am calling on our colleagues in the furnishing sector and the Salone del Mobile to pull together to make sure Milan doesn’t grind to a halt," Sala said in the video. "We need to work objectively to stop this virus spreading, but we must also take care not to spread the virus of distrust."

"Milan has to carry on," he continued, before calling on the Italian government to help mitigate the economic damage caused by the postponement and asking hotels not to put off visitors by increasing their prices during the new dates in June.

"I call on the government to intervene and provide some help for a fundamental sector for our economy," he said. "I am also making a special appeal to our hoteliers. This year we need to be especially careful about how we pitch the price of hotel rooms, because this year will be no ordinary one."

Italy has the highest number of coronavirus cases in Europe

Italy now has the highest number of confirmed cases of coronavirus in Europe and the third-highest in the world after South Korea and China, where the outbreak originated. In total, more than 280 cases have been reported in the country, with over 200 in Lombardy. At present, there have been seven deaths from coronavirus reported in Italy.

In response, the government has declared a state of emergency and quarantined around 50,000 people in towns and villages surrounding Milan.

The spread of the virus has impacted other events in the city, with MIDO, the world's biggest eyewear fair, also being postponed.

Other events impacted by the spread of coronavirus include the Light + Building fair in Frankfurt, which has been postponed until September. In China, several design events, including Design Shanghai and Festival of Design, have also been postponed.

The coronavirus outbreak, which was first reported in Wuhan, China at the end of last year, has infected more than 80,000 people in 36 countries. The global death toll now stands at over 2,700. 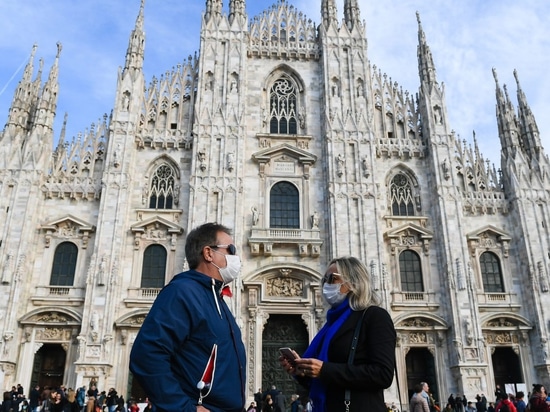