Light + Building fair postponed to September due to coronavirus

Frankfurt's Light + Building has become the latest design fair to be postponed over coronavirus fears, and will now take place in September instead of March.

The show, which describes itself as "the world’s leading trade fair for lighting and building-services technology," was due to take place in the German city from 8 to 13 March.

The announcement by organiser Messe Frankfurt follows the postponement of a string of design fairs in China and the coronavirus outbreak in Italy, which has jeopardised Milan's Salone del Mobile.

"In view of the increasing spread of the coronavirus in Europe and after intensive consultations, Messe Frankfurt has decided to postpone Light + Building," organisers said, blaming the new outbreak in Italy and the difficulty of screening overseas visitors.

"The unexpected appearance of [coronavirus strain] Covid-19 in Italy since last weekend demanded a new analysis of the situation in close cooperation with the public-health authorities of the City of Frankfurt," they said in a statement.

"A multi-stage health check on guests from China has been called for, the implementation of which would be extremely challenging for Messe Frankfurt."

"Additionally, more and more travel restrictions are being put into place thus making it difficult for both visitors and exhibitors to attend the fair." The event "will now be held in Frankfurt am Main between the middle and end of September 2020," they added.

The decision comes after a number of brands pulled out of the fair.

"Our colleagues and partners have been forced to cancel their flights for the Light + Building trade fair in Frankfurt and, given that many other stands have already pulled out, we have decided not to participate in the trade fair for the aforementioned reasons," said Italian lighting brand Fabbian last week.

"Although we were looking forward to meeting our customers and presenting our newest innovations at Light + Building, we must contribute to helping to contain the issue," said Signify CEO Eric Rondolat. "The health, safety and wellbeing of our employees, customers and partners is and remains our number one priority."

The new strain of coronavirus, which first appeared in Wuhan, China in December last year, is increasingly disrupting international business and travel.

Yesterday the organisers of MIDO, the world's biggest eyewear event, announced it was postponing its 2020 event in Milan due to the virus. Earlier this month, Mobile World Congress in Barcelona was called off for the same reason.

Milan's Salone del Mobile is consulting with exhibitors and authorities about whether to go ahead with this year's event. An announcement is expected later this week.

The new coronavirus outbreak has so far killed 2,600 people, with more than 79,000 people in 36 countries infected. 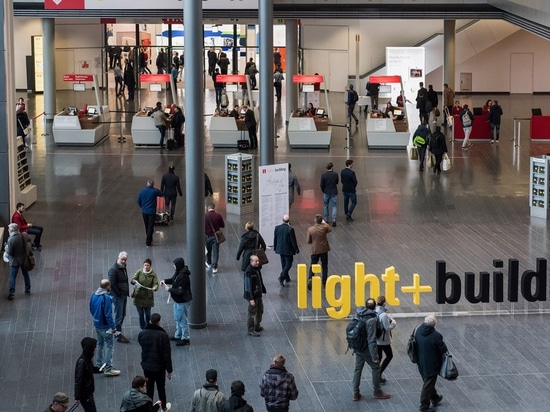