The legacy of iconic French designer Pierre Paulin is alive and well in the hands of the next generation – a fact perfectly illustrated by Sotheby’s recent review of his work in Paris. ‘Pierre Paulin, une pensée au présent’ offers up a sleek retrospective of Paulin’s most noteworthy designs, featuring 40 pieces that have come to define his boundary-pushing oeuvre far beyond his passing in 2009.

‘The exhibition tells a lot about the dualities in Paulin’s oeuvre,’ Benjamin Paulin explains of the show, which features several previously unreleased pieces alongside more widely known works. ‘From the modular systems of Pierre Paulin Program and Pompidou collections to the luxurious limited productions of the 1080s for Francois Mitterrand.’

The location of the exhibition, on the tony Rue du Faubourg Saint-Honoré, also exists as a sort of homecoming for Paulin. In the late 1960s, he was commissioned by then-president George Pompidou and his wife Claude to design their private apartments at the Élysée Palace just across the road. Decades later, François Mitterrand would ask him to do the same.

Oozing with savoir-faire straight out of 1970s France, the exhibition followed a loosely chromatic order over three levels. As visitors enter, all-white clusters of Paulin’s origami-like Dune sofa sit splayed out like a well lit opium den. Traveling through to the level above, larger-than-life Déclive loungers in subtle variations of red are unfurled like lolling tongues, leading to a room scattered with cherry-coloured modular Élysée shelving, cleaved in two by a snaking Osaka sofa.

The uppermost floor largely features work from Paulin’s presidential patronages. Assorted pieces from the Mitterand days are clustered in blue and burgundy, including the former president’s Viennese caned office chair pulled up to his startlingly enormous blue Executive desk complete with geometric pink inlay; a visual delight against the stark white walls and sober frescoes of Sotheby’s gilded Parisian headquarters.

In the final room, we circle back to monochrome, with a focus on Pompidou’s famously retro-futuristic abode. Bulbous, low-seated white sofas, smoked glass tables and plush, wall-to-wall carpet conjure scenes of chain-smoking Parisian Senators (indeed, Paulin designed a room at the palace purpose-built for the activity) and a longing for another head of state with similarly inspired taste.

As for the new tenants next door? ‘I hope Emmanuel and Brigitte will visit us,’ quips Benjamin, diplomatically. 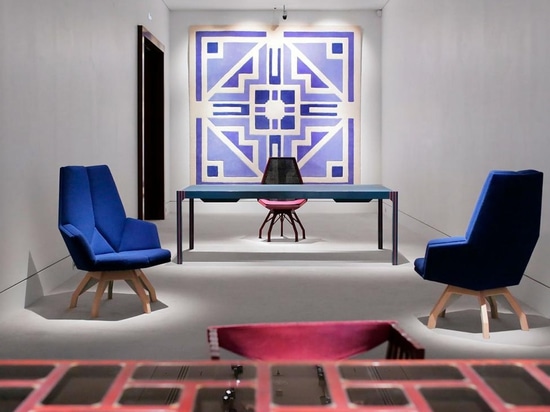 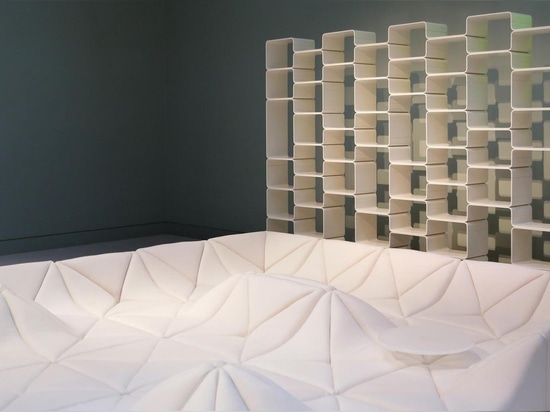 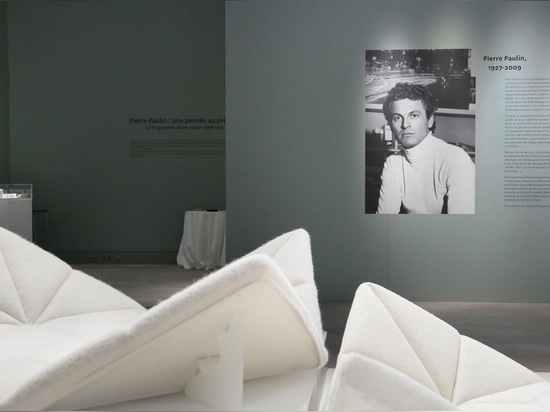 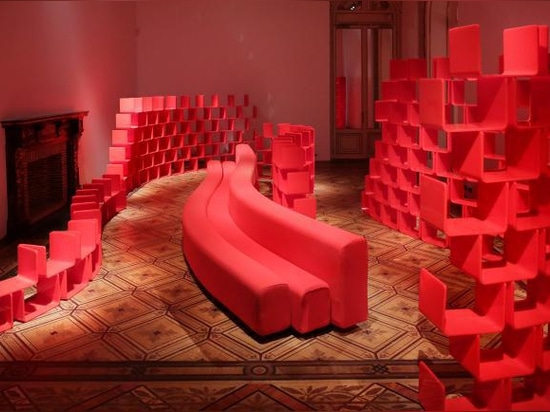