The organizers of the Venice Architecture Biennale have postponed the opening of the event in response to the outbreak of the COVID-19 coronavirus in Italy, slashing the six-month festival to just three.

Italy is currently dealing with the worst European outbreak of the coronavirus, with 3,089 confirmed cases and more than 100 deaths reported. The Veneto region, of which Venice is the capital city, is among the worst affected, with more than 300 cases and at least six deaths.

In a statement, the organizers of the Biennale said that the decision to postpone the opening was “a consequence of the recent precautionary measures in the matter of mobility taken by the governments of a growing number of countries around the world, which will have a domino effect on the movement of people and works in coming weeks.

“This period of time coincides with the delicate initial phase of setting up an international exhibition as complex as the Biennale Architettura, which involves architects and institutions from over 60 countries on all continents,” the statement reads.

“This situation poses a risk to the realization of the Exhibition in its entirety in time for the announced opening date, thereby jeopardizing its quality. Furthermore, a short-term postponement could be ineffective, considering the complexity of the organizational machine, the number and importance of the subjects involved and the probable absence of many of them.”

The Department of Foreign Affars and Trade’s Smart Traveller service advises that travellers to Italy should “exercise a high degree of caution.”

The Australian exhibition at the biennale is co-curated by Jefa Greenaway and Tristan Wong. For more on the Australian pavilion, read our interview with the co-curators.

The Venice Biennale announcement follows the postponement of the Milan Furniture Fair, which was originally scheduled to begin in April. Milan is the capital of the Lombardy region, which neighbours the Veneto, and is the most badly virus-stricken region of the country. 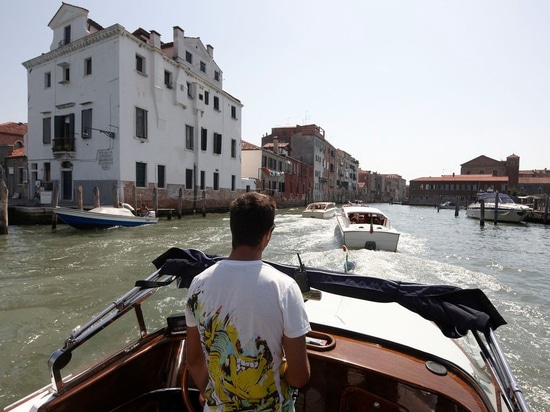 The Grand Canal in Venice.