The pendant consists of a glass sphere with a series of concave indentations, much like the those that grace the rows of aluminium tiles designed by Czech architect Jaroslav Otrubato in the 1970s to distinguish the stops of Prague's underground train system.

"These specific tiles are something that most of us see every day in the familiar environment of the metro stations," said Dunděra.

"And a lot of us would want to have them at home on our walls. They symbolize a part of Prague's urban architecture and are, most importantly, a beautiful piece of design. I wanted to emphasize the smooth form within these tiles so that others can get a feel for their beauty, too."

The light source itself is an Art Deco-style sphere, shaped to match the shade that surrounds it. It is suspended from the ceiling by an inconspicuous wire.

Although the design is rendered in glass instead of aluminium, Dunděra nodded to the materiality of the original tiles by coating the sphere with a thin metal layer. This creates two different, iridescent finishes – one lighter and one darker.

"The tiles in the metro were always a great example of applied art for me," added the designer.

"They look great, can shatter sound and even distinguish each station by its colour. When you sit in the metro you can learn how to identify stations just by its tiles. I wanted the Globe Metro to fit into any interior, and to define it with its shape and colour." 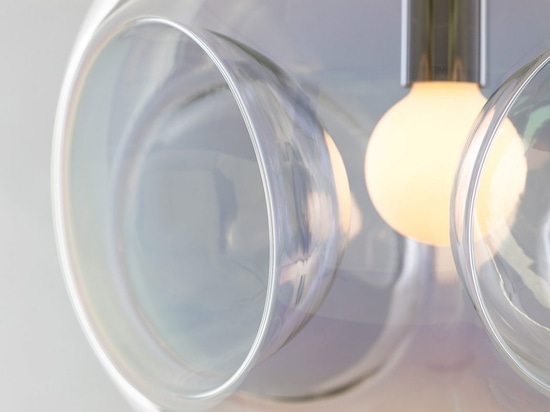 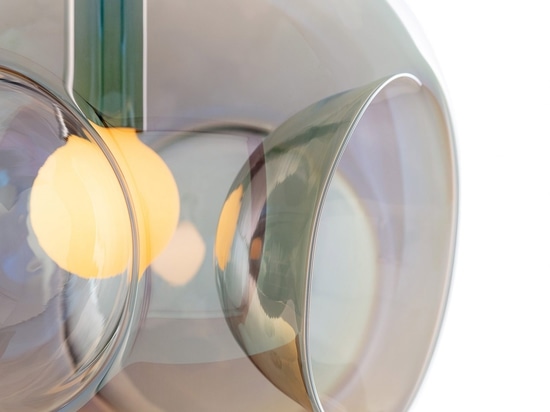 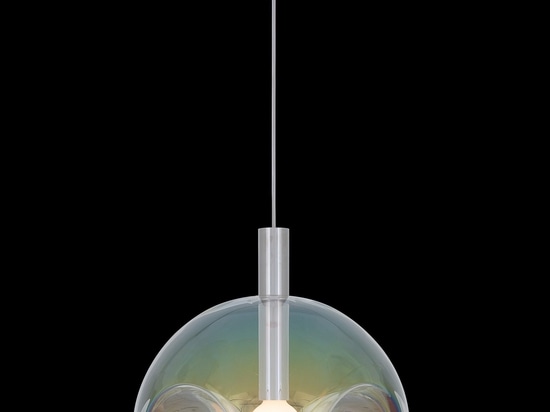 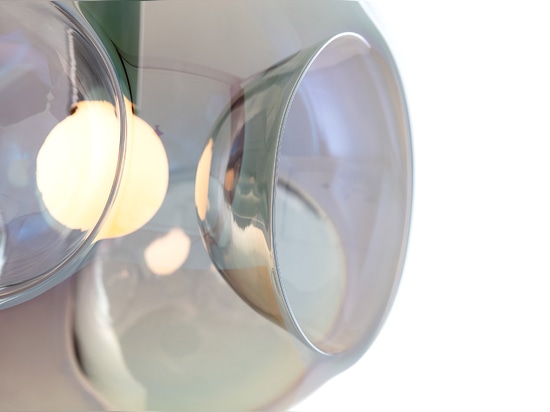