Amsterdam-based Ming Design Studio put a modern slant on the traditional technique of lacquering to create Bold, curved wooden stools with a glazed finish to make you "want to touch it".

Ming Design Studio founders Zhiya Huang and Mingshuo Zhang were inspired to work with lacquer after visiting China, where they witnessed the lacquering process first hand.

Lacquer, which dates back to the neolithic period, is a liquid made of shellac dissolved in alcohol that dries to form a hard protective coating.

As the duo explained, the material is typically applied to objects like bowls, containers or hard-edged furniture, and is often known as an anti-corrosive surface treatment.

Huang and Zhang wanted to reveal its less conventional qualities and bring the traditional material into the 21st century by applying it to modern design.

"We were fascinated by lacquer – an ancient, natural material, but rarely known," they explained.

"Its colour, layer of depth, texture, tactility, production process and the stories behind it all deeply attracted us. But this material is gradually disappearing, not so many people recognise its value anymore."

"Lacquer is a living material, which changes colour over the years – we may say it is like a wine, the longer [it's left] the better," the designers continued.

"We wondered if we could save this traditional craftsmanship by unveiling its unique beauty to bigger audiences, and elevating its artistic value through our work," they added.

The result is two minimal, four-legged seats made from paulownia wood that has been carved into plump, curvaceous forms that aim to best showcase the effects of various lacquering techniques.

Constructed from five separate sections, the four legs are secured to the seat by simple mortise and tenon-style joints, before being fired and coated in lacquer. No resin or glue was used.

Each Bold stool has a seamless form with subtle curvatures, such as the smooth transitions from the seat to eat leg and the centre of the seat, which contains a slight dip.

In addition to making it more ergonomically friendly, this shape also grants the stool a glazed effect, allowing it to reflect more light.

"You should be able to inadvertently want to touch it while watching it," said the duo.

While one is a uniform black colour with a more matte effect, created using the "wipe-coating" technique with just a few layers of lacquer, the other boasts a dark red hue and a shinier surface.

This has been achieved using slip-coating and variable gradient-coating techniques, which involves multiple layers of lacquer, and as a result has a production time of around two months.

Huang and Zhang describe it as a "functional art piece" that can be used as a stand-alone decorative, collectable object or as a useful furniture item.

The Bold stool series has been shortlisted for seating design of the year at Dezeen Awards 2020 alongside a recyclable chair that Barber & Osgerby designed for Emeco and a wood-veneer chair designed by Thomas Bentzen for TAKT. 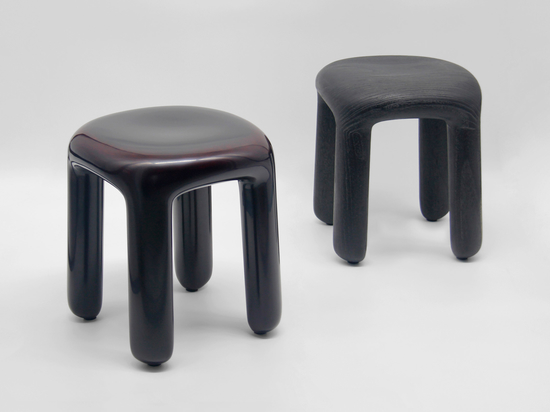 Ming Design Studio made the Bold stools from wood and lacquer 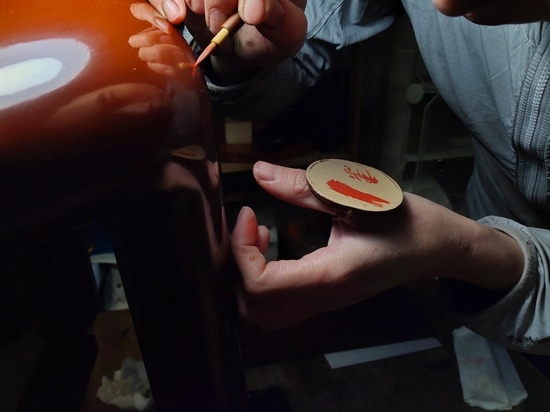 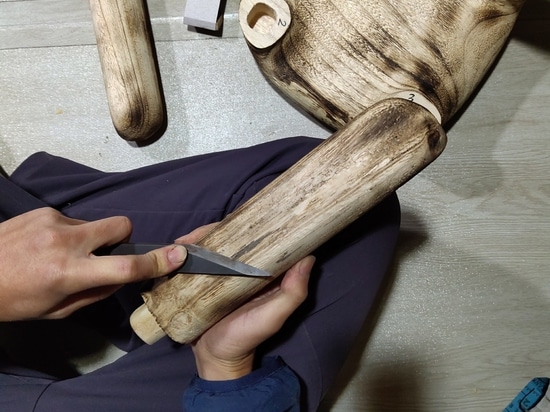 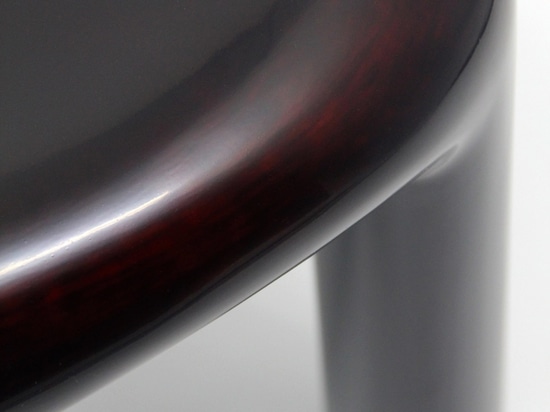 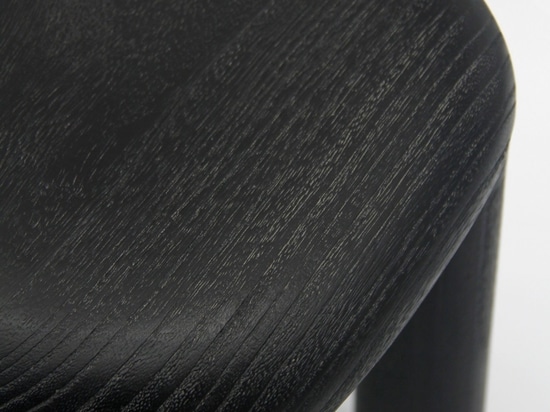 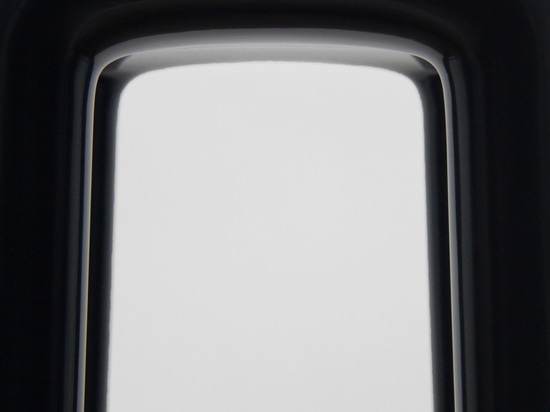