Fuschia, violet and indigo lighting envelops users of these meditation chambers that multidisciplinary studio Office Of Things has designed specifically for workspaces.

The chambers come as part of the Immersive Spaces Series, an ongoing research project by Office of Things which explores how employees can benefit from having calming rooms of refuge within their places of work.

So far, a total of five chambers have been created, all of which are installed in YouTube or Google offices across San Francisco's Bay Area.

The first chamber was fitted in an office in 2017 and since then the studio has taken on user feedback and tinkered with lighting and sound components to foster ultra-comforting, "womb-like" spaces.

In their latest incarnation, the chambers are split into three parts, which the studio refers to as The Entry, The Ground and The Sky.

Workers gain access to the chambers via The Entry, a narrow walkway that works to "shed the literal and figurative noise of the office and outside world".

Inside the chambers is The Ground, a landscape of curving, fabric-upholstered partitions, cushioned benches and plump floor cushions which can be leant against or laid down on.

Workers can gaze up at The Sky, a series of illuminated panels on the ceilings of the chambers which typically glow deep shades of blue, purple, red or pink.

The panels in each chamber are different in form – some are domed, while others are punctuated with amorphous openings or swoop upwards in an arch shape.

"In contrast to the office, these chambers feel both surreal and sublime," concluded the studio.

Office of Things believes that meditative spaces in the office are becoming more relevant than ever – particularly after 2020, when many of us have had to work from home due to the coronavirus pandemic.

"The pandemic has brought to the fore the toll of work-generated stress on our mental health," said the studio, which is based in Brooklyn, New York.

"For those with the fortune to work from home, the encroachment of work into our personal lives has further blurred the boundaries between the two," it continued. "If anything, working from home has shown us that a sustainable working life includes the space for physical and mental health throughout the day."

Several businesses – both pre and post-pandemic – have made moves to include calming spaces for staff inside offices. 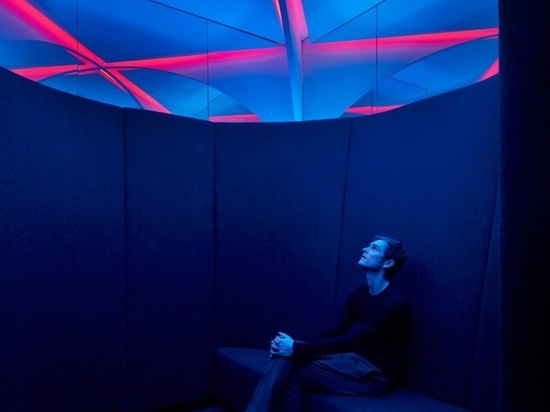 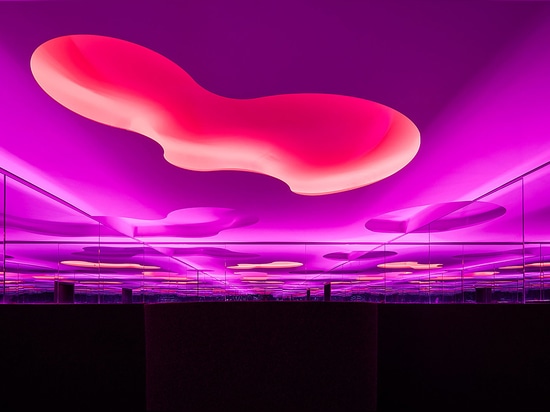 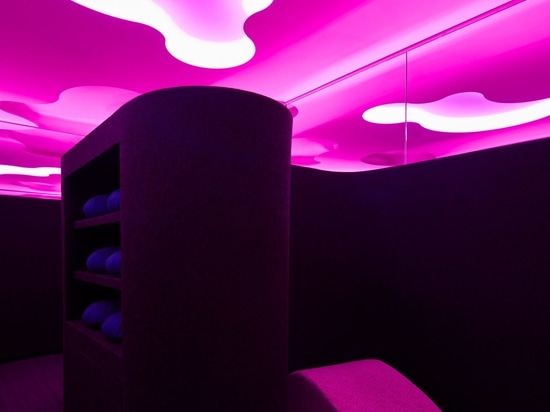 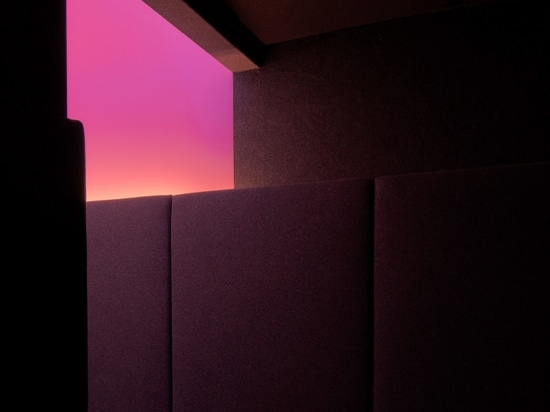 Partition walls inside the chambers are upholstered in soft fabric 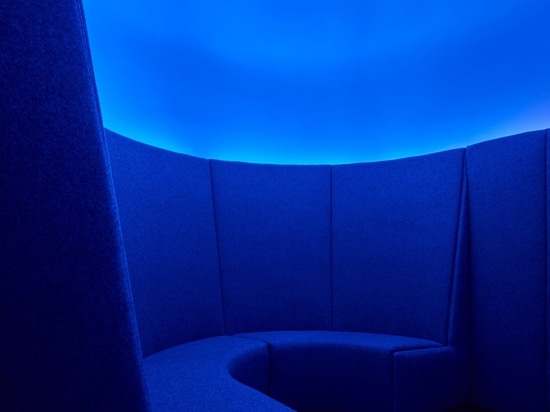 There are also cushioned bench seats inside the chambers